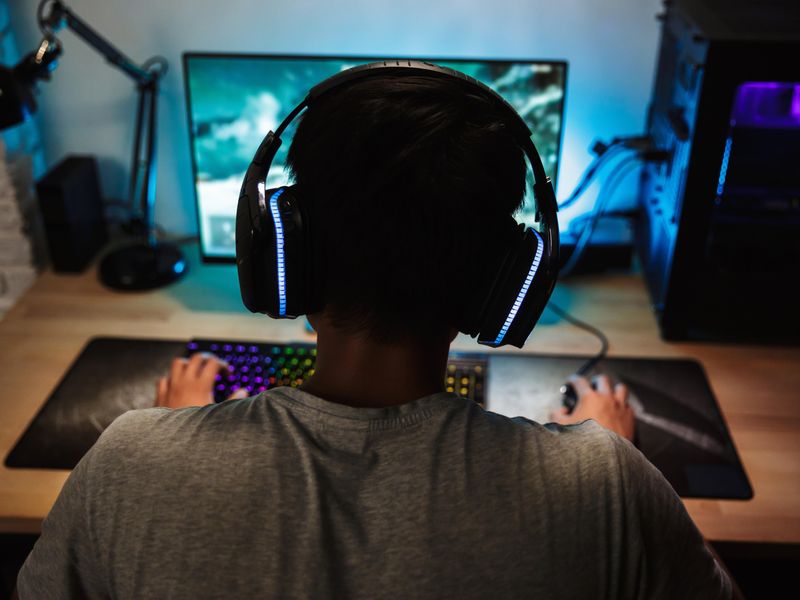 As teens dramatically stepped up their screen time during COVID-19 lockdowns, their well-being took a hit, a new study reveals.

Recreational screen time among U.S. teens doubled from before the pandemic to nearly eight hours per day during the pandemic, according to the report. And this estimate doesn't include time spent on screens for remote learning or schoolwork, so the total was likely much higher, the researchers said.

"Although social media and video chat can be used to foster social connection, we found that teens reporting higher screen use felt less social support during the pandemic," Nagata added.

While screen time increased for all respondents, Black teens, Hispanic teens and those from lower-income households spent more time on screens than others, the survey showed. Nagata said that may owe to factors such as lack of money for other kinds of activity or lack of access to safe, outdoor spaces.

Regardless of the reasons for the rise, parents should remain watchful, Nagata said.

"Although screen time can have important benefits for education during the pandemic, parents should try to mitigate adverse mental health risks from excessive screen time," he said.

Nagata suggested parents talk to their teens often about screen time and develop a family media plan. This could include setting limits, encouraging screen-free time and avoiding screens before bedtime.

"Parents should act as role models for their children with their own screen time practices," Nagata said.

Still, he isn't hopeful that screen time will wane as the pandemic does.

"As the pandemic subsides, teens will be able to transition some of their school and social activities from screens to in person," Nagata said. "However, because of the increased availability of virtual or hybrid options, screen usage is likely to remain higher than pre-pandemic levels."

Dr. Pamela Hurst-Della Pietra is founder and president of Children and Screens in Jericho, N.Y., which studies how digital media affect young people.

She reviewed the findings and called the increase of nearly four hours a day of non-school-related screen time striking.

"Their findings also support earlier pre-pandemic studies revealing screen time disparities within the pediatric population demographically, the most concerning being that Black and Hispanic children had about 30% more screen time than their white counterparts," Pietra said.

More screen time was tied to poorer mental health and greater perceived stress, while more social support and coping behaviors were associated with lower overall screen use, she noted.

Though the study has limitations -- including that teens self-reported their screen time, and their social support before the pandemic wasn't clear -- the findings shed light on what may be a growing and unhealthy trend, Pietra said.

"Investigations into differential screen use and mental health factors, such as Nagata's study, are incredibly important and necessary," she noted.

Another expert said she's interested in seeing how these findings compare with other studies in the works.

"That screen use overall in this sample has increased so much suggests that we should see how robust this finding is among some of the other studies being conducted during this time," said Ellen Wartella, a professor of communications at Northwestern University in Evanston, Ill.

The findings were published online Nov. 1 as a research letter in JAMA Pediatrics.

Learn more about children and screen time at the American Academy of Child and Adolescent Psychiatry.