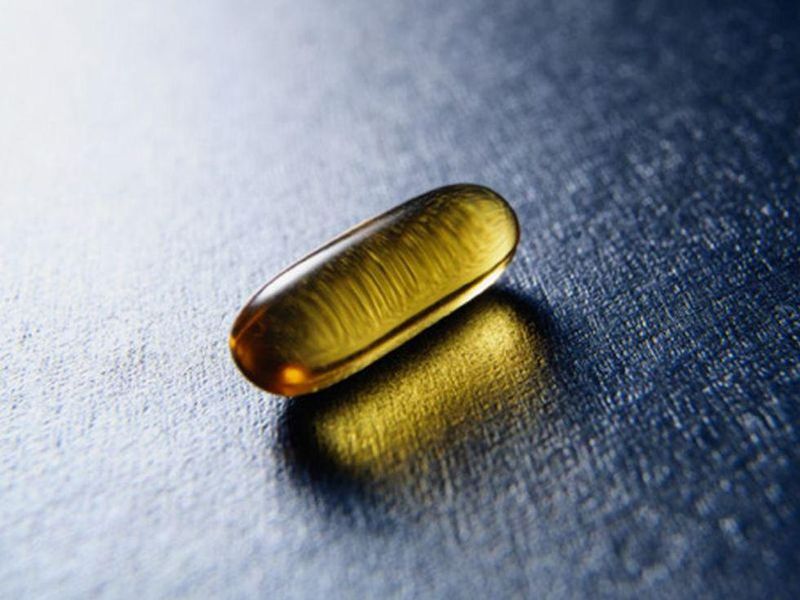 Another Study Suggests Too Much Fish Oil Could Trigger A-Fib

A new study confirms that fish oil supplements may raise the risk of a common heart-rhythm disorder -- particularly when doses top 1 gram per day.

At issue are medications and supplements containing omega-3 fatty acids, which are naturally found in fish oil.

Fish is considered a generally heart-healthy food, but some studies have linked omega-3 in capsule form to an increased risk of atrial fibrillation, or a-fib.

In a-fib, the heart's upper chambers quiver chaotically instead of contracting effectively. It is not immediately life-threatening, but over time it can lead to complications such as heart failure or stroke.

But while some studies have found a heightened risk of a-fib among omega-3 users, others have not, said Dr. Christine Albert, a professor of cardiology at Cedars-Sinai Medical Center in Los Angeles.

So she and her colleagues performed a meta-analysis, pulling together the results of seven previous clinical trials testing omega-3 medications and supplements.

"With a meta-analysis, you can see if there are effects not detected in a single trial," Albert said.

The analysis -- published recently in the journal Circulation -- involved over 81,000 patients in total. During the study period, 3.6% developed a-fib.

Overall, Albert and her team found, trial participants given omega-3 were more likely to develop a-fib over an average of five years, versus those given a placebo.

And the dose mattered: Among patients taking more than 1 gram per day, the risk of a-fib was 49% higher, compared to placebo users. In contrast, the risk was increased by only 12% for patients taking 1 gram or less per day.

Prescription-strength omega-3 fatty acids -- brands like Vascepa and Lovaza -- are often prescribed to people with very high triglycerides, a type of blood fat linked to increased risks of heart attack and stroke.

Vascepa has also been shown to lower the risks of heart attack and stroke when taken along with a cholesterol-lowering statin. That is not true, however, of other omega-3 medications or over-the-counter supplements.

Albert said that people who've been prescribed omega-3 should not stop taking it on their own, but may want to talk with their doctor about the risk of a-fib if they haven't already.

"I don't want to scare anyone," Albert said.

At the same time, she added, people should be aware of the possibility of developing a-fib while on omega-3 -- and know the potential symptoms, such as a rapid, fluttering heartbeat and dizziness.

People with possible symptoms should tell their doctor, Albert said -- though, she noted, a-fib can also be symptom-free and may only be detected during a medical appointment.

As for over-the-counter supplements, Albert again suggested people speak to their doctor. Even though they are marketed as supplements, she said, it cannot be assumed they are perfectly safe. Plus, evidence of any heart benefit is lacking.

"Think of it like taking a drug, and talk to your doctor about whether it's right for you," Albert said.

For its part, the American Heart Association (AHA) encourages people to get omega-3 from fish.

"Fish is an excellent source of omega-3 fatty acids, as well as protein and many other important nutrients," said Linda Van Horn, a member of the AHA's nutrition committee.

Specifically, people should strive for two weekly servings of fatty fish like salmon, trout or albacore tuna, said Van Horn, who is also a professor of nutrition at Northwestern University Feinberg School of Medicine in Chicago.

"Fish oil supplements are not the same, and should be discussed with your health care provider," she said.

And it is plausible, Albert said, that omega-3 affects the risks of those conditions differently.