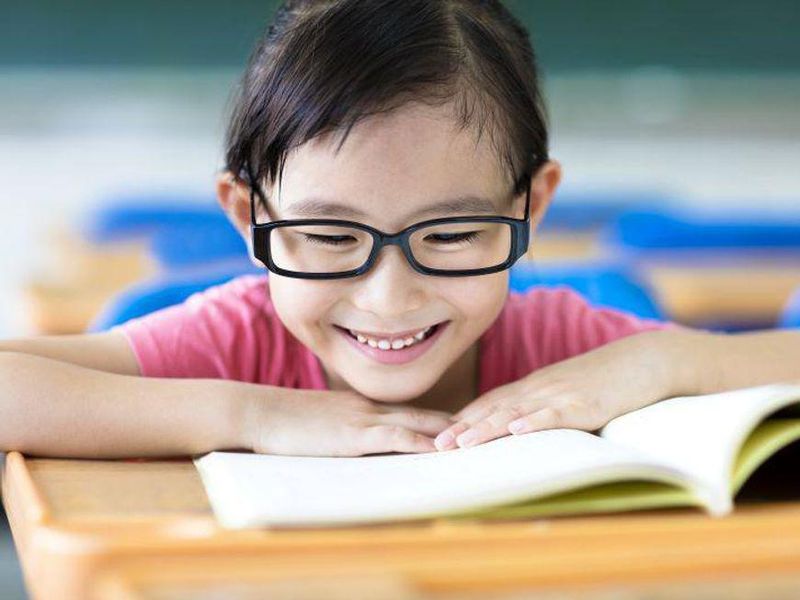 A small fix might make reading a bit easier for kids with dyslexia, as well as their classmates: Increasing the amount of space between printed letters.

That's the finding of a small study that tested the effects of "extra-large" letter spacing on school children's reading speed and accuracy. And it adds to a conflicting body of research into whether visual aids are useful to people with dyslexia.

Dyslexia is a learning disability that affects 15% to 20% of Americans, according to the International Dyslexia Association. It causes difficulty with reading, spelling and writing.

In the new study, researchers found that putting extra room between printed letters seemed to make the task of reading aloud a little easier for kids with and without dyslexia.

Overall, children boosted their reading speed during a 3-minute test. And those with dyslexia cut down somewhat on reading errors -- specifically, skipping words.

However, whether extra letter spacing, or any visual aids, make a meaningful difference to kids with dyslexia is controversial.

While there's a popular perception that dyslexia is a visual problem, years of research show otherwise, said Daniela Montalto, a pediatric neuropsychiatrist who was not involved in the study.

"Multiple studies have ruled out that dyslexia is a visual-processing disorder and, therefore, is not remediated or supported by the implementation of visual aids," said Montalto, who is based at NYU Langone's Hassenfeld Children's Hospital in New York City.

Instead, she said, dyslexia is considered a language-based disability.

Research suggests it involves deficits in processing the sounds that make up language, and decoding how they relate to printed letters and words. The impairments are mainly rooted in language areas of the brain, Montalto said.

Still, she noted, some researchers have been looking at whether "weaknesses" in visual processing could contribute to the slow reading seen in dyslexia.

Some studies have suggested benefits. But they've had limitations that make it hard to draw conclusions, according to Montalto. Plus, she said, when other researchers have tried to replicate the results, they've come up with contradictory findings -- particularly with color overlays.

The study included 32 children with dyslexia and 27 without, matched for age and IQ scores. The researchers had each child read aloud four short texts -- with or without extra letter spacing, and with or without color overlays.

It turned out that the overlays made no difference in reading speed or errors. But the letter-spacing tactic did: Kids without dyslexia read 5% faster, on average; the improvement was bigger among children with dyslexia, at 13%.

Children with dyslexia also tended to skip fewer words when reading from the roomier text. There was no effect, though, on other reading errors, like saying the wrong word or mispronunciations.

"One of the nice aspects of extra spacing is that it can be used for everyone in a class and benefit everyone," said lead researcher Steven Stagg, a lecturer in psychology at Anglia Ruskin University in the United Kingdom. "It does not single out children with dyslexia."

It would be relatively easy, Stagg said, for teachers to use extra spacing in handouts. In the United Kingdom, he noted, a petition is circulating to get exam boards to print tests in that format. And some companies make texts with extra spacing, he said.

Stagg acknowledged that theories suggesting that dyslexia involves problems with visual processing are "not conclusive." He also noted that kids with dyslexia sometimes have co-existing conditions, like attention-deficit/hyperactivity disorder or an eye disorder called Meares-Irlen syndrome.

"So it may be the other disorders that conspire to make reading more difficult from a visual-processing standpoint," Stagg said.

According to Montalto, failure to account for those other conditions is one of the limitations of studies testing visual aids for dyslexia. Similarly, they often lack information on the kinds of reading remediation kids had previously received.

Specialized reading instruction, in or outside school, is the standard way to help kids manage dyslexia. While tweaking text spacing or fonts may not cause harm, Montalto said, it's no replacement for comprehensive help.

"It will not remediate or improve the brain regions primarily responsible for dyslexia," she said. "And it may in some instances delay the initiation of proven interventions known to positively change the brains of dyslexic students."

For more on dyslexia, visit the International Dyslexia Association.