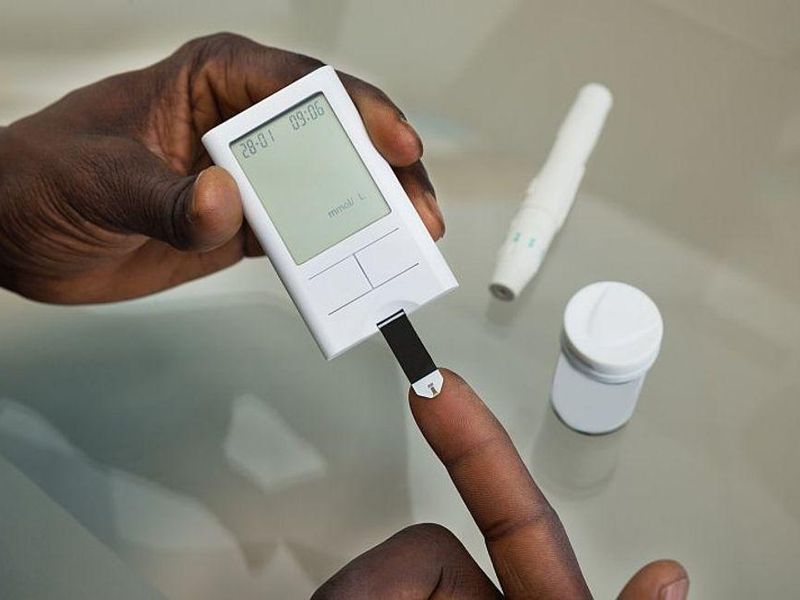 A drug widely used to treat osteoporosis might reduce the risk of type 2 diabetes, a new study suggests.

Taking the drug alendronate (Fosamax) for at least eight years could potentially reduce a person's risk of type 2 diabetes by more than half, compared to people never prescribed the drug, according to findings presented Sunday at the annual meeting of the European Association for the Study of Diabetes.

The study, by Rikke Viggers of Aalborg University Hospital in Denmark and colleagues, provides more insight into the links between osteoporosis and type 2 diabetes, although experts caution against using alendronate as a diabetes medication until more is known.

"I'm a little hesitant to get all excited about the notion this may be a preventive drug," said Dr. Kendall Moseley, medical director of the Johns Hopkins Metabolic Bone & Osteoporosis Center, in Baltimore.

It has been known for decades that people with diabetes have a greater risk of bone fractures, the Danish research team behind the study said in background notes.

"Type 2 diabetes is associated with a higher risk of fracture, which is a bit of a surprise considering that individuals with diabetes typically have normal if not elevated bone density," said Moseley, who wasn't involved in the study. "Traditional screening methods don't pick up the risk for fracture" in diabetes patients.

So the research team identified more than 163,000 people diagnosed with type 2 diabetes in Denmark between 2008 and 2018, and compared them with more than 490,000 people without diabetes.

Prescription records showed which of the people tracked in the study had ever taken alendronate, which is one of the oldest drugs on the market for treating osteoporosis, Moseley said.

Alendronate belongs to a class of drugs called bisphosphonates, which prevent your bones from losing calcium and other minerals by slowing the natural processes that dissolve older bone tissue.

People who took alendronate for eight years or more had a 53% lower risk of developing diabetes, compared to those who'd never tried the drug, the researchers found.

The investigators also discovered that the longer someone took alendronate, the lower their odds of developing diabetes.

The drug might reduce low-grade inflammation, which has been shown to contribute to insulin resistance, the study authors said.

There's also evidence that a substance known as undercarboxylated osteocalcin, which is produced by bone-creating cells called osteoblasts, might assist in the body's ability to regulate blood sugar, Moseley said.

"If the alendronate were promoting the release of undercarboxylated osteocalcin by the osteoblasts, would that maybe be the link between the alendronate and the reduced risk of diabetes?" Moseley said.

But the association might work in the other direction as well, since people with type 2 diabetes are more likely to suffer fractures, she noted.

"We know that bone metabolism in type 2 diabetes is disrupted," Moseley said. "Their bones are not as actively remodeling in diabetes. They're not breaking down as much. They're not building up as much. That might lead to bone fragility."

Experts said the study didn't seem to take into account some things that might help better explain the effect of alendronate on diabetes.

For example, the researchers didn't appear to take into account people's amount of exercise, which might better explain their reduced risk of diabetes than a bone drug, said Dr. Leila Khan, an endocrinologist with the Cleveland Clinic, in Ohio.

"It didn't seem like exercise was being tracked, so I wasn't sure if they necessarily had individuals who were already exercising more who may have had a lower incidence of diabetes more so from their physical activity for osteoporosis management rather than from the bisphosphonate drugs," Khan said.

The study materials also didn't seem to account for people's weight, which has a large bearing on diabetes risk, Moseley said.

"We know that thinner, more frail individuals are more likely to get osteoporosis, but we also know thinner people don't get diabetes as regularly," Moseley said. "When I look at the poster and the data that's presented, there's a lot of variables they looked at, but there's nothing in there about weight."

The researchers concluded that doctors should consider alendronate when prescribing osteoporosis drugs to people at high risk for type 2 diabetes.

But Moseley and Khan said it's too soon to make that judgment.

Johns Hopkins has more about bisphosphonates.