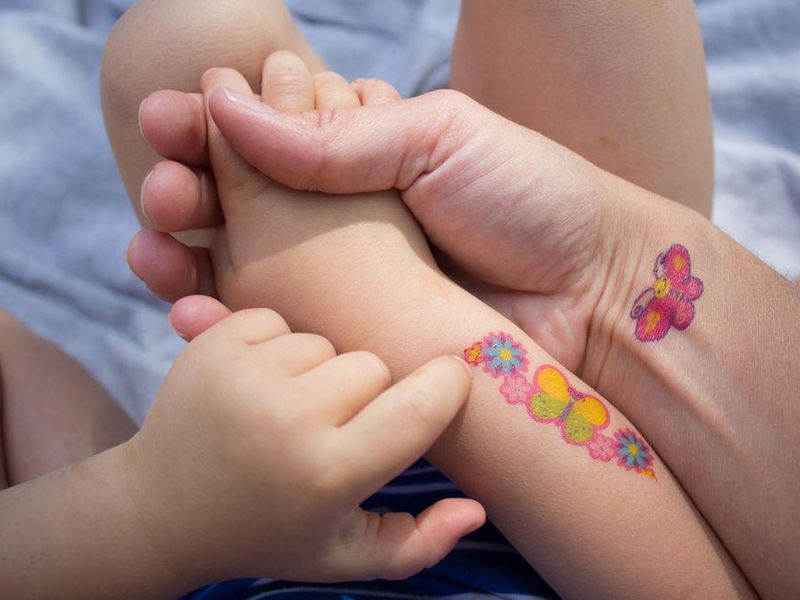 Parents: You may think temporary tattoos are harmless for children. But kids who decorate themselves with these transfer tattoos may be disrupting the skin's protective barrier, Spanish researchers report.

He and his colleagues caution that temporary transfer tattoos should be used sparingly, especially in people who suffer from skin problems, such as psoriasis or dermatitis.

Serrano added that the traumatic process associated with permanent, inked tattoos can cause adverse reactions. But permanently tattooed skin is similar to skin that has never been inked, researchers found.

"We concluded that permanent tattoos do not seem to significantly affect the function of the epidermal barrier, something that transfer tattoos do," Serrano said in a university news release.

However, he and his team recommend being cautious before getting a permanent tattoo.

Read all the information about the possible risks of infection or allergy. And choose a professional parlor that has quality standards and first-rate hygiene, they added.

"It would also be helpful to know which type of pigments they intend to use for your tattoos and any allergenic potential that these might have," Serrano said.

The findings were published earlier this year in the Journal of Clinical Medicine.

The Mayo Clinic offers more on the risks of tattoos.