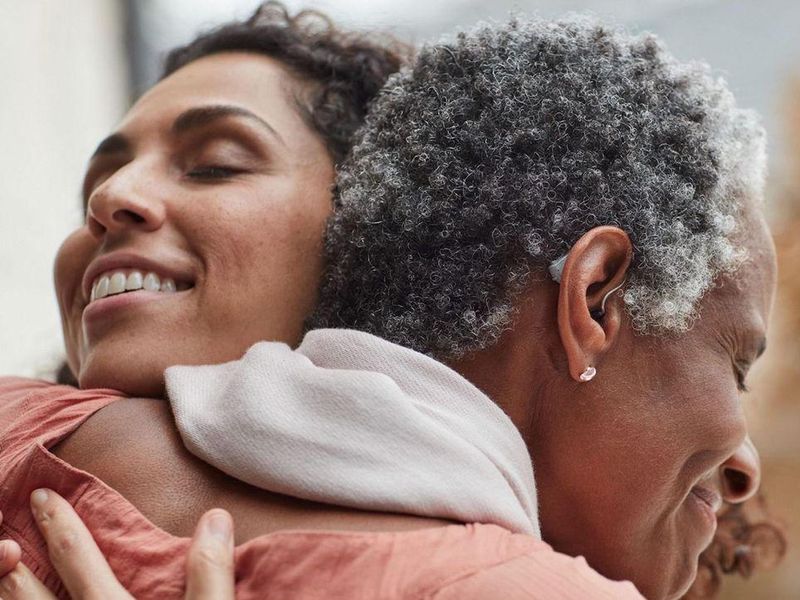 Until now, folks suffering from hearing loss typically have had to fork out thousands of dollars for a device that could be adjusted only by a professional audiologist.

No wonder that only one-quarter of the nearly 29 million U.S. adults who could benefit from a hearing aid have actually tried one, according to the U.S. National Institutes of Health.

Less costly high-tech, over-the-counter hearing devices are being developed, and some have even arrived on the market from companies like the speaker manufacturer Bose.

But these newer and more affordable options exist in a medical gray area, as hearing experts and federal regulators grapple with the problems posed by a class of devices that could be purchased without seeing a doctor for a hearing test.

A 2017 law requires the U.S. Food and Drug Administration to establish a category of over-the-counter hearing aids, as well as the standards for them. The FDA missed its August 2020 deadline to propose those new rules, blaming the COVID-19 pandemic for the delay.

But the wait for consumers might be over soon: President Joe Biden has ordered the agency to finish its draft rules by November.

"We are waiting for the FDA to come forward with guidelines that we think should be released very soon, that would guide over-the-counter requirements and labeling," said Angela Shoup, president of the American Academy of Audiology. "That would then determine what manufacturers would be able to move forward with."

The FDA itself has muddied the waters by allowing companies like Bose to move ahead with devices that appear to fit this new but yet undefined mid-range category.

In 2018, the FDA approved a Bose hearing aid for direct sale to consumers, based on clinical trial evidence showing that people themselves could fit it as well as could a professional audiologist.

An Illinois company, Lexie Hearing, has started selling its own $799 hearing aids direct to consumers online and through Walgreens drug stores in five Southern and Western states.

These newer devices are meant to fill a large gap in the hearing aid market, which now offers people two options -- either go through the pricey process of getting fitted with a full-fledged hearing aid, or spend much less on a gadget called a personal sound amplification product (PSAP).

PSAPs generally cost less than $500, and Amazon sells some for as low as $60. But experts warn that you get what you pay for -- PSAPs will amplify all the sound around you, but they don't allow for other adjustments to account for distortion or loss of hearing at different pitches.

"There's not really a lot of customization outside of maybe turning a volume control up and down," said Hope Lanter, lead audiologist at Hear.com, a Netherlands-based online hearing aid retailer. "An amplifier makes everything this much louder. It's not necessarily shaping the sound to the person's hearing loss, but just making everything louder. When you do that, it may actually create more distortion or more of a magnification of the problem."

In comparison to PSAPs, the Bose and Lexie devices both allow consumers to make adjustments themselves using a smartphone app, with options for both volume and specific frequencies.

Part of the problem the FDA faces in crafting rules is that hearing loss is much more subtle and hard to discern than vision loss. These over-the-counter devices must be designed to help consumers essentially diagnose themselves, experts said.

"Many times, hearing difficulties can be quite complex," Shoup said. "For some listeners, we know that they may have a simple decrease in audibility for certain pitches of sound."

For instance, an individual may have problems with high-pitched sounds.

"In that case, their experience may be that they feel like they hear sounds just fine but speech is not very clear," Shoup said. "They feel like people are not speaking very clearly, because they're missing those high-pitched consonants."

In that case, if they're able to adjust the sound device appropriately, they may do all right, she said.

But the ear itself is only part of the issue, Shoup added.

The brain has its own process of interpreting signals from the ear, and some people with long-term hearing loss might need to re-train their brain to adjust to a hearing aid.

"Our brain pathways do change and help support our ability to decode complex sounds such as speech, especially speech in background noise," Shoup said. "In some cases, we have people who even if the sound is boosted for them in the audibility regions where they have experienced some hearing deficits, they may still have some distortion or difficulty understanding the speech signals."

In such cases, the person might need some hearing rehabilitation and training to make best use of their device, Shoup said.

There's one other problem: We might not be the best judges of our own hearing.

"The brain likes what it's used to. A lot of times people will put on an amplification device and then they adjust it to be comfortable and sound normal, and for them sounding normal is not hearing all of the sounds available to them," Shoup said. "It's hard for them to know the type of hearing difficulties that will be helped by this over-the-counter device."

Acknowledging issues like these, the FDA recently told CBS MoneyWatch that it has been "working diligently" to draft the new rules.

"Issuing the proposed rule is a high priority for FDA, and the agency is committed to ensuring proper guardrails are in place to assure that over-the-counter hearing aids will be a safe and effective option for consumers," the FDA said in a statement.

Shoup and Lanter said their main concern is that a consumer won't get immediate relief from an over-the-counter device and will resign themselves to subpar hearing rather than seeking out a professional.

"If a person elects to try an over-the-counter device, they need to remember that if it doesn't seem to really be meeting their needs, they still could benefit potentially from the guidance of an audiologist for diagnosis," Shoup said.

Folks might even want to take their over-the-counter device to an audiologist for adjustment, or talk to a professional in advance to see whether such a device would be a reasonable alternative, Lanter said.

"The best-case scenario would be to have your hearing tested by a hearing care professional, no matter what. Then you can see what the actual results are," she said. "It sort of erases the mystery around, is this the right direction for me to go or not?"

The U.S. National Institutes of Health has more about over-the-counter hearing aids.