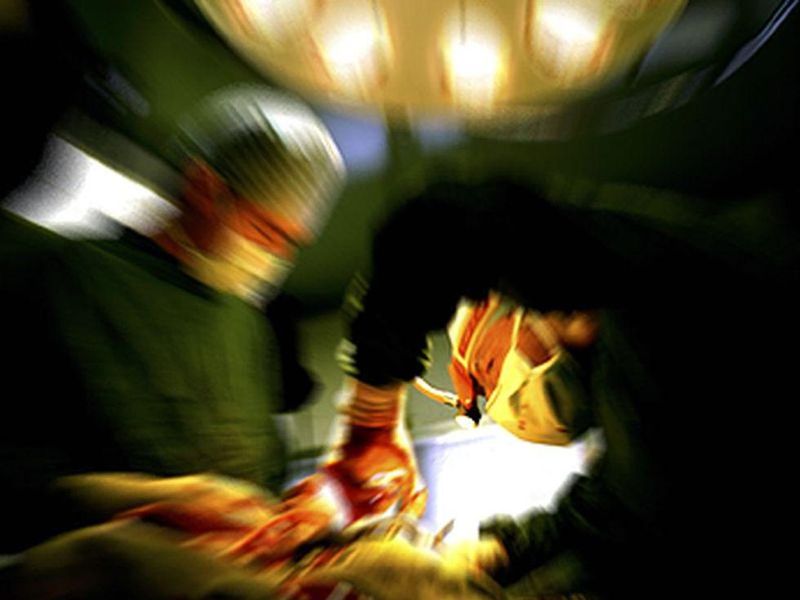 When someone suffers a stroke, doctors can often remove the culprit clot obstructing blood flow to the brain. Now, a new study sheds light on why those successful procedures do not always translate into a good outcome.

Researchers found that when clot retrieval takes more than one attempt, stroke patients are more likely to still have some degree of disability three months later.

And there were hints as to why: Repeated attempts at snatching the blood clot may, in some cases, cause it to break up and lodge into additional areas, leading to more brain tissue damage.

"These findings highlight the need for a study to determine the appropriate strategy to use when the first attempt at retrieving a blood clot is unsuccessful, since each additional attempt reduced the odds of a favorable outcome," lead researcher Dr. Wagih Ben Hassen said in a statement from the journal Neurology. The study appears online in its June 23 issue.

Strokes occur when blood flow to part of the brain is suddenly disrupted -- most often because of a clot in a blood vessel.

According to the American Stroke Association, the "gold standard" treatment for those strokes is an IV medication called tPA, which dissolves the clot.

But in some cases where the clot is blocking a large blood vessel, doctors perform a procedure to remove it. It involves threading a catheter into the blocked artery. The catheter is armed with a device called a stent retriever, which is used to grab the clot.

The first grab, however, does not always work. And studies have found that when multiple attempts are made, patients tend to do worse -- even when the clot is ultimately removed.

The new findings offer insights into why, according to Ben Hassen, of the French National Institute for Health and Medical Research in Paris.

His team looked at 419 stroke patients whose blood clots were successfully removed. For many -- 224 -- the procedure took just one pass, while for others it took two, three or (for 39 patients) four or more tries.

And the more attempts, the worse the patients fared three months later, the researchers reported.

The researchers found that when multiple attempts were made, patients were more likely to show signs that their clots had broken up and moved into brain areas that had not been initially affected.

They also showed, on average, more growth in brain tissue damage 24 hours after the stroke.

It is possible repeat retrieval attempts set off a "chain of events" that lead to poorer outcomes, said Dr. Martinson Arnan, a vascular neurologist who was not involved in the study.

But the findings do not prove that's the case, added Arnan, an American Academy of Neurology fellow who is with the Bronson Neuroscience Center in Kalamazoo, Mich.

One possibility, he said, is that time -- versus the repeat passes themselves -- is a critical factor: The longer brain tissue is starved of blood and oxygen, the more damage there will be. The researchers did try to account for the role of procedure time, Arnan pointed out, but studies cannot perfectly do that.

For patients, Arnan said, the importance of quick action cannot be overstated. Stroke treatments, whether tPA or clot retrieval, need to be done as soon as possible.

"Time is brain," Arnan said. "We have widely available technologies to treat stroke, and the way you benefit from them is to get to the hospital quickly."

He stressed that when people have, or witness, potential stroke symptoms, they should call 911 right away.

Those warning signs include sudden weakness or numbness of the face, arm or leg, especially on one side of the body; sudden confusion or difficulty speaking, walking or seeing; and severe headache with no known cause.

As for clot-retrieval procedures, Arnan said that operator experience is one key element: A practiced, skilled operator likely needs fewer passes at nabbing the clot.

So the findings underscore the importance of doctors honing their techniques and being as efficient as possible, Arnan said -- but they do not imply there should be a "three tries and you're out" rule.

Evidence indicates patients are better off if blood flow is ultimately restored, versus "no restoration," Arnan said.

According to Ben Hassen, better retrieval devices may also be in order.

The study, he said, "underlines the need to develop a new generation of devices designed to increase the rate of complete success at the first attempt."

The American Stroke Association has more on stroke symptoms and treatment.