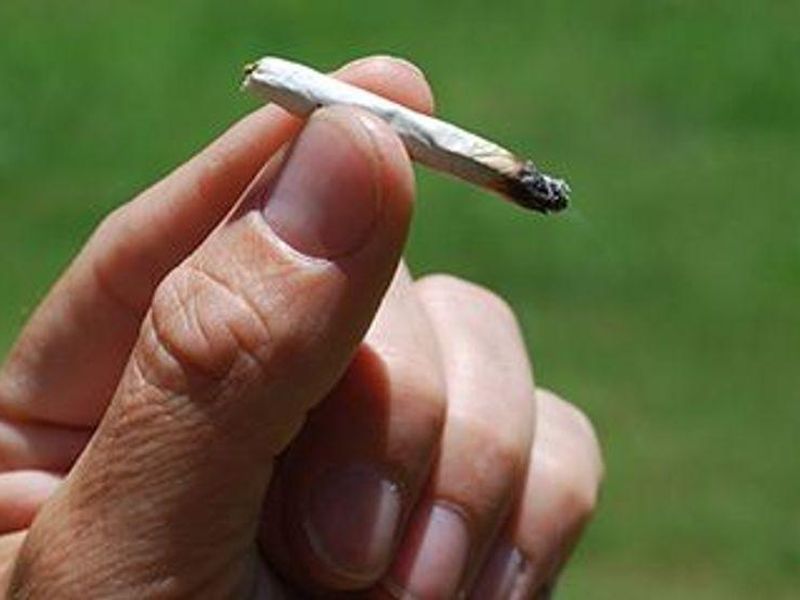 Pot Use May Change the Teenage Brain, MRIs Show

Smoking pot appears to affect teens' brain development, altering it in ways that could diminish their reasoning, decision-making and memory skills as they age, a new study reports.

Brain scans of about 800 teenagers found that those who started smoking pot tended to have increased thinning of the cerebral cortex -- the outer layer of the brain responsible for thought, perception and language.

By age 19, teens who used pot already were showing signs of attentional impulsivity, an inability to stay focused without distraction, he said.

"Cannabis is having an effect on neuromaturation, in particular in some prefrontal areas, and that in turn may have an impact on impulsivity -- one's ability to focus and remain on task," Albaugh said.

For this study, his team reviewed data from a long-term European study of teenage brain development. Participants had their brains scanned at age 14 and again when they turned 19.

At their follow-up scan, the teens were asked again about their marijuana use, giving researchers a chance to see if those who had tried pot in the intervening years had any significant brain differences from those who hadn't.

It turns out they did.

The cerebral cortex always grows thinner during adolescence, as brain connections are refined and unused pathways are pruned away, Albaugh said.

But teens who used pot experienced a greater level of cortex thinning, suggesting changes that could impact their future brain function.

This extra thinning occurred in brain areas known to be rich in receptors that respond to the chemicals in cannabis, Albaugh said, and it appeared to occur in a dose-dependent fashion. The more pot smoked, the more significant the thinning.

"The rate of thinning that was taking place in certain brain areas, particularly pre-frontal brain areas, was associated with the amount of cannabis that participants were reporting at follow-up," he said.

The thinning by age 19 did not seem to be affecting any brain functions other than attentional impulsivity, results show. Researchers plan to study these young people out to age 23 to see if other problems develop in the behavior and abilities of pot smokers, Albaugh said.

The new study was published June 16 in the journal JAMA Psychiatry.

"I would say if they study it long enough, they probably will see more changes in reaction time, impairment, memory formation," said Krakower. "All of those things are going to come about the longer you study this."

Albaugh said these findings should be considered as more states legalize recreational use of marijuana for adults.

"Policy may be outpacing the science. Further research is desperately needed," he said. "There is a lot of evidence suggesting that this developmental window that's occurring during adolescence may be a particularly vulnerable time for substance use."

Krakower agreed, noting that marijuana legalization has normalized pot use.

"The real problem with marijuana now is it's becoming so much more of a social norm that I think you could talk to kids until you're blue in the face, but if 90% of their friends don't think there's an issue, then who really thinks of it as an issue?" Krakower said.

Paul Armentano is deputy director of NORML, a group active in the push for reform of marijuana laws. He noted that studies have shown no changes in youth pot use following state-level legalization.

"Those concerned about the potential effects of cannabis exposure in young people should be assured by fact that the enactment of adult-use marijuana regulatory schemes has not been associated with either increased marijuana use or ease of access among young people," Armentano said.

Other studies have shown that marijuana dispensaries vigorously check ID at the door and consistently follow state-imposed age limits, he added.

"Of course, no regulatory system will ever effectively be able to eliminate youth access altogether, but the reality is that these legal frameworks -- combined with evidence-based public education campaigns -- are far superior at discouraging young people from accessing cannabis than criminalization ever was or could ever hope to be," Armentano said.

The U.S. Centers for Disease Control and Prevention has more on marijuana use and teens.