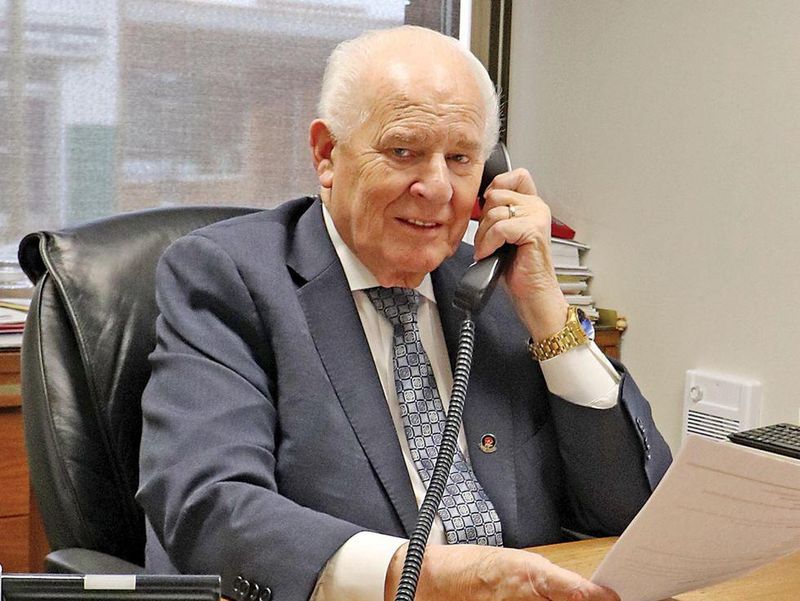 His Implanted Microchip Could Help Save Him From a Stroke

Norman Mayer, 86, walks around with a computer chip in his chest and doesn't think a thing about it.

Doctors implanted a tiny heart monitor chip in Mayer's chest after he suffered a mini-stroke in late 2015, to track his heartbeat and potentially detect an irregular heart rhythm called atrial fibrillation (a-fib).

"You don't even know it's there," said Mayer, the sitting mayor of the Alberta community of Camrose in Canada for the past 32 years. "It's not bothering you. It's just there and a part of life."

But thanks to the chip, doctors were able to better track Mayer's heartbeat and adjust his medication to keep him from having another stroke, he said.

The results represent "a dramatic increase in how often we detected atrial fibrillation," said Dr. Brian Buck, lead researcher of one of the clinical trials and a stroke neurologist with the University of Alberta.

Atrial fibrillation increases a person's stroke risk by four to five times, and at least one in seven strokes are caused by the irregular heart rhythm, according to the U.S. Centers for Disease Control and Prevention.

The herky-jerky heartbeat causes blood to pool and clot in the upper chambers of the heart. If a clot makes its way to the brain, it triggers a stroke.

"We know a-fib is a high-risk condition for stroke," said Dr. Dawn Kleindorfer, chair of neurology at the University of Michigan Medical School. "We know that treating a-fib with anticoagulation reduces your risk by almost 80%."

The problem is that atrial fibrillation is a lot like that noise your car makes - you can't count on the noise to occur when the car's being looked over by a mechanic.

Buck explained that "the rhythm disturbance can be present for a couple of minutes in a month and then not show up for several months later, and then only be there for a few hours and then go away again."

Stroke victims usually are given a portable monitor about the size of a deck of cards to tote around for 30 days, he noted. They put sticky electrodes on their chest that are wired to the monitor, which constantly records their heart rhythm.

But a month of monitoring usually isn't enough, and patients find the external monitor to be a real pain in the neck, Buck said.

"They actually hate carrying around the loop recorder," Buck said. "Thirty days carrying an external box with you is really difficult. It has a big impact on your ability to exercise, work, those sort of things."

So two different research teams decided to test whether an implanted device would work better to track heart rhythms. The implant can track heart rhythm for up to three years, and poses no hassle at all for patients.

Mayer said having the device implanted is a breeze.

"It's not a big deal," Mayer said. "I went in one morning and they just take a little sharp knife and chop a chunk on you, slip this thing into your chest, put on a band-aid and tell you to go home."

A monitoring station kept on a counter fed the data captured by Mayer's chip to the hospital, where neurologists analyzed it for signs of atrial fibrillation.

"I never got a call as a result of it fluctuating, but I did have discussions fairly regularly with the gal who was in charge of it," Mayer said. "They could monitor different spikes during different times of the day, depending upon my activities or whatever. As such, they were using that to adjust my medication, for blood thinners and for high blood pressure."

Buck's team found that doctors were able to detect signs of a-fib in 15% of patients with the implant, versus 5% with the external monitor, among 300 people who'd recently had a stroke.

The other team, led by Dr. Richard Bernstein of Northwestern University Feinberg School of Medicine in Chicago, had even better results.

The chip detected atrial fibrillation in 12% of patients, versus about 2% detected by external cardiac monitoring, among nearly 500 recent stroke victims.

The implantable chips are approved for use in the United States and Canada, but still face obstacles, experts said. 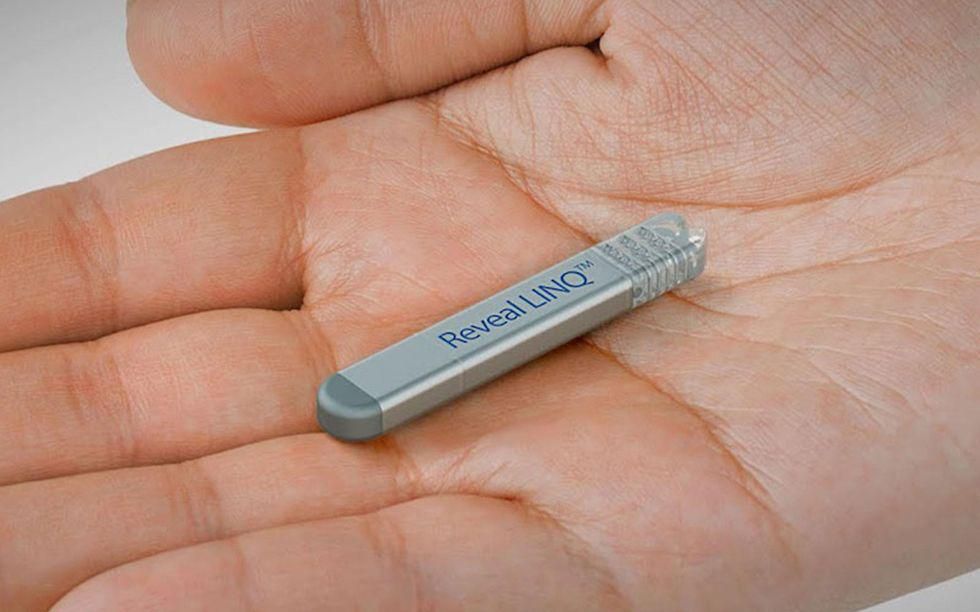 In Canada, the national health care system requires that a device be proven cost-effective before the government will pay for it, Buck said.

The implant costs more than $5,000 per patient, versus about $1,000 for the external monitor, the researchers said in background notes.

"Before our health care system is willing to pay for a device that costs several thousand dollars, we have to show that it's cost-effective," Buck said. "Not just that it picks up atrial fibrillation, but that it's actually going to reduce stroke rates and improve quality of life for patients and benefit the overall health system."

The same is true for coverage by insurance companies in the United States, which often balk at both the expense of the device and the cost of the cardiologists who must pore over the data for signs of a-fib, Kleindorfer said.

"A cardiologist somewhere has to be reading these over and over again," Kleindorfer said. "The drawbacks are more on the insurance and financial side, but to me it's clear that you find more a-fib with the implantable monitor than the external."

Neither clinical trial was big enough to show that the devices actually prevented strokes, Kleindorfer and Buck noted. Further research will be needed to prove that implants can better protect people against stroke.

However, the current evidence is strong enough that the American Heart Association recommended a-fib monitoring in its recently updated guidelines for secondary stroke prevention, said Kleindorfer, who served as a lead author for the guidelines.

"In my mind as a clinician, of course I would like to do the implantable monitor rather than the external one because I'm finding a-fib more and I'm putting them more on anticoagulation, which should reduce their risk of stroke," Kleindorfer said.

Both clinical trials were published recently in the Journal of the American Medical Association.

The U.S. Centers for Disease Control and Prevention has more about atrial fibrillation.