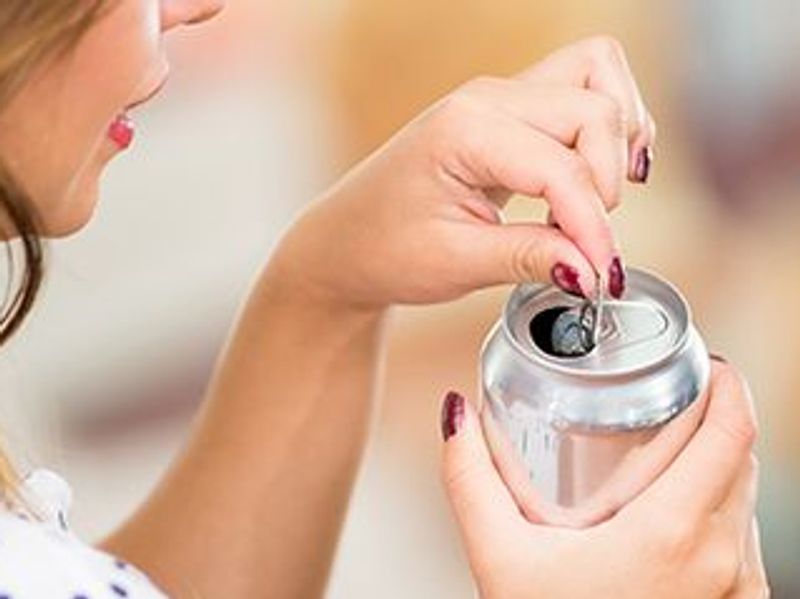 Rates of colon cancer among young Americans are on the rise, and a new study suggests that drinking too many sugary beverages may be to blame -- at least for women.

Women who drank two or more sugar-sweetened beverages such as soda, fruity drinks or sports and energy drinks per day had double the risk of developing colon cancer before the age of 50, compared to women who consumed one or fewer sugary drinks per week.

The study included more than 95,000 women from the ongoing Nurses' Health Study II. The nurses were aged 25 through 42 when the study began in 1989 and provided information on their diet every four years for nearly 25 years.

Of these, 41,272 reported on what, and how much, they drank in their teen years. During 24 years of follow-up, 109 women developed colon cancer before turning 50.

Having a higher intake of sugar-sweetened drinks in adulthood was associated with a higher risk of the disease, even after researchers controlled for other factors that may affect colon cancer risk such as a family history. This risk was even greater when women consumed sodas and other sugary drinks during their teen years.

Each daily serving in adulthood was associated with a 16% higher risk of colon cancer, but when women were aged 13 to 18, each drink was linked to a 32% increased risk of developing colon cancer before 50, the study found.

But substituting sugar-sweetened drinks with artificially sweetened beverages, coffee or milk was associated with a 17% to 36% lower risk of developing colon cancer before age of 50, the study found.

The new study was not designed to say how, or even if, drinking sugary beverages causes colon cancer risk to rise, but some theories exist. People who consume sugary beverages are more likely to be overweight or obese and have type 2 diabetes, all of which can up risk for early-onset colon cancer. The high-fructose corn syrup in these drinks may also promote the development of colon cancer in its own right, Cao said.

The research does have its share of limitations. Participants were predominantly white women, and as a result, the findings may not apply to men or women of other ethnicities.

The study was published online May 6 in the journal Gut.

Researchers not involved with the new study are quick to point out that only an association was seen, and that more data is needed to draw any definitive conclusions about the role that sugary drinks play in promoting early-onset colon cancer.

"Clearly more research is needed before we can give this a stamp of approval and say with confidence that this association is actually causation," said Dr. Will Bulsiewicz, a Mount Pleasant, S.C.-based gastroenterologist. "No one thinks sugar-sweetened beverages are health-promoting [and] you should reduce your sugar-sweetened beverage intake as much as possible."

Dr. Patricio Polanco, an assistant professor in the division of surgical oncology in the department of surgery at UT Southwestern Medical Center in Dallas, agreed.

"Sugar-sweetened beverages cause a bunch of other conditions such as obesity and type 2 diabetes, and now we have more data that they could be related to colon cancer, too," Polanco said.

Exactly why colon cancer is on the rise in younger people is not fully understood. Lifestyle factors such as higher rates of obesity and possibly greater consumption of sugar-sweetened beverages may play a role. "We still believe there may be some genetic contribution that has not yet been characterized," he said.

The best way to protect yourself from colon cancer is to undergo regular screening, Polanco stressed.

Due to the rise in colon cancer in young people, the American Cancer Society now recommends regular screening at age 45 for people at average risk for the disease.