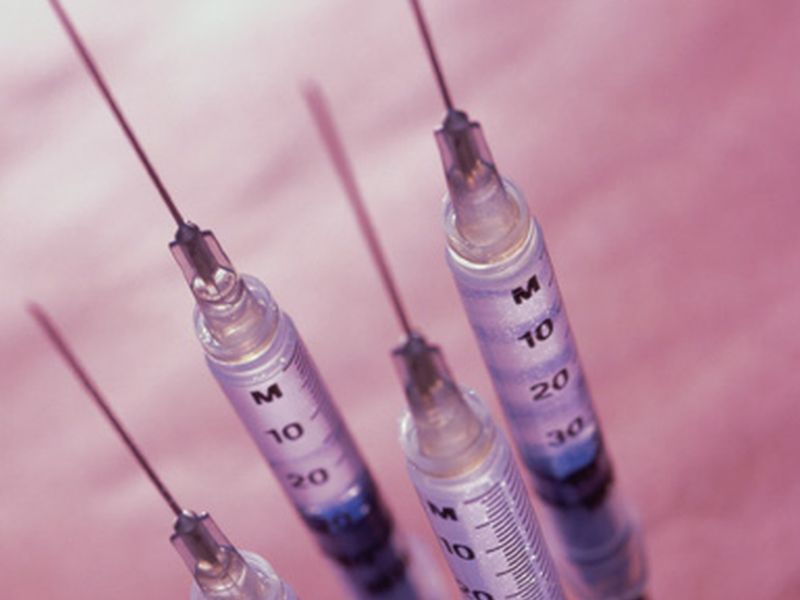 The fate of Johnson & Johnson's coronavirus vaccine hung in the balance on Thursday after a government advisory committee said it needed more time and evidence to determine whether unusual, but severe, blood clots seen in a handful of people were caused by the vaccine.

So far, only six clotting cases have been officially reported out of more than 7 million shots given of the one-dose vaccine. But on Tuesday, U.S. health officials recommended a pause in J&J vaccinations.

On Wednesday, advisers to the U.S. Centers for Disease Control and Prevention held an emergency meeting to look at the evidence and decided they did not have enough information or time to recommend how to proceed and they would meet again within 10 days, the Associated Press reported.

But some vaccine specialists who watched the deliberations said the public shouldn't have to wait for more advice.

"What they did was they punted," Dr. Paul Offit, a vaccine expert at the Children's Hospital of Philadelphia, told the AP. "I just don't think waiting is going to give you a critical amount of information that is going to help you make a decision."

But the CDC advisors stressed they need to proceed carefully.

"I continue to feel like we're in a race against time and the variants, but we need to [move forward] in the safest possible way," said CDC adviser Dr. Grace Lee, of Stanford University, who was among those seeking to postpone a vote on the vaccine, the AP reported.

Authorities have studied the clots for only a few days and have little information to judge the shot, said fellow CDC adviser Dr. Beth Bell, from the University of Washington, the AP reported.

"I don't want to send the message [that] there is something fundamentally wrong with this vaccine," Bell said. "It's a very rare event. Nothing in life is risk-free. But I want to be able to understand and defend the decision I've made based on a reasonable amount of data."

One of the most worrying things about the clots is that they are not like typical clots, and they require different treatment. They occur in unusual places, such as in veins that drain blood from the brain, and in people with abnormally low levels of clot-forming platelets, the AP reported. The six cases raised an alarm bell because that number is at least three times more than experts would have expected to see of more typical clots, said the CDC's Dr. Tom Shimabukuro.

"What we have here is a picture of clots forming in large vessels where we have low platelets," Shimabukuro explained to the AP. "This usually doesn't happen," but it is eerily similar to European reports of clotting with the AstraZeneca vaccine.

Luckily, there are no signs of similar clots after vaccination with the Pfizer and Moderna shots, which are the main players in the U.S. COVID-19 vaccination campaign.

The J&J clotting cases were all among women younger than 50. But the CDC advisory panel stressed that there's not enough information to tell if only certain groups would be at risk, the AP reported. In Europe, most but not all cases following AstraZeneca vaccinations have been among women under 60, leading different countries to deploy that vaccine in more limited ways.

Also, a 25-year-old man experienced a similar clot during U.S. testing of J&J's vaccine, something the government scrutinized at the time but could not link to the shot. And on Wednesday, the company also brought to the CDC's attention a woman whose clot did not occur in the brain, the AP reported. So far, the clots have occurred between one and three weeks after people received the J&J vaccine, and officials cautioned that more reports could surface, the AP reported.

The J&J vaccine pause was done in part to make sure doctors know how to recognize and treat the unusual condition. The CDC said Wednesday that four of the six women with the unusual clots were treated with a blood thinner named heparin -- a treatment the government is warning doctors to avoid, the AP reported.

So far, the J&J vaccine has been a minor player in U.S. vaccinations. Nearly 124 million Americans have received at least one vaccine dose, and nearly 23% are fully vaccinated, the AP said.

When the clots were spotted after AstraZeneca vaccinations in Europe, scientists in Norway and Germany published studies that raised the possibility that some people are experiencing an abnormal immune response, forming antibodies that disable their platelets.

People living with someone who has COVID-19 appear to get powerful protection against infection when they are given Regeneron's antibody cocktail, a new study shows.

The findings suggest that beyond preventing the worst outcomes for coronavirus infection when given early enough, the cocktail could also prevent people from getting sick in the first place, the company said this week.

"With more than 60,000 Americans continuing to be diagnosed with COVID-19 every day, the REGEN-COV antibody cocktail may help provide immediate protection to unvaccinated people who are exposed to the virus, and we are also working to understand its potential to provide ongoing protection for immunocompromised patients who may not respond well to vaccines," Dr. George Yancopoulos, president and chief scientific officer at Regeneron, said in a statement.

There's "a very substantial number of people" in the United States and globally who could be a good fit to receive these drugs for preventive purposes, Dr. Myron Cohen, a University of North Carolina researcher told The New York Times. He leads monoclonal antibody efforts for the Covid Prevention Network, a U.S. National Institutes of Health-sponsored initiative that helped oversee the Regeneron trial.

The new data on Regeneron's antibody cocktail comes from a clinical trial that enrolled more than 1,500 people who lived in the same house as someone who had tested positive for the virus within the previous four days. Those who got an injection of Regeneron's drug were 81 percent less likely to get sick with COVID-19 compared to volunteers who got a placebo, the company said.

Dr. Rajesh Gandhi, an infectious diseases physician at Massachusetts General Hospital who was not involved in the study, told the Times that the data were "promising" for people who have not been vaccinated. But he noted that the type of patients that would be needed to determine whether the drug should be used preventively for immunocompromised patients were not included in the trial. "I would say we don't yet know that," Gandhi said.

The treatment received emergency authorization last November. Doctors are using it, as well as another antibody cocktail from Eli Lilly, for high-risk COVID-19 patients, to guard against severe disease and hospitalization.

But many hospitals and clinics have not made the treatments a priority because they are time-consuming and difficult to administer, mostly because they must be given intravenously. Regeneron plans to ask the FDA to allow its drug to be given via an injection, as it was in the latest study, which would allow it to be given more quickly and easily.

The U.S. coronavirus case count passed 31.4 million on Thursday, while the death toll neared 564,000, according to a Times tally.

Worldwide, more than 138.3 million cases had been reported by Thursday, with nearly 3 million dead from COVID-19.