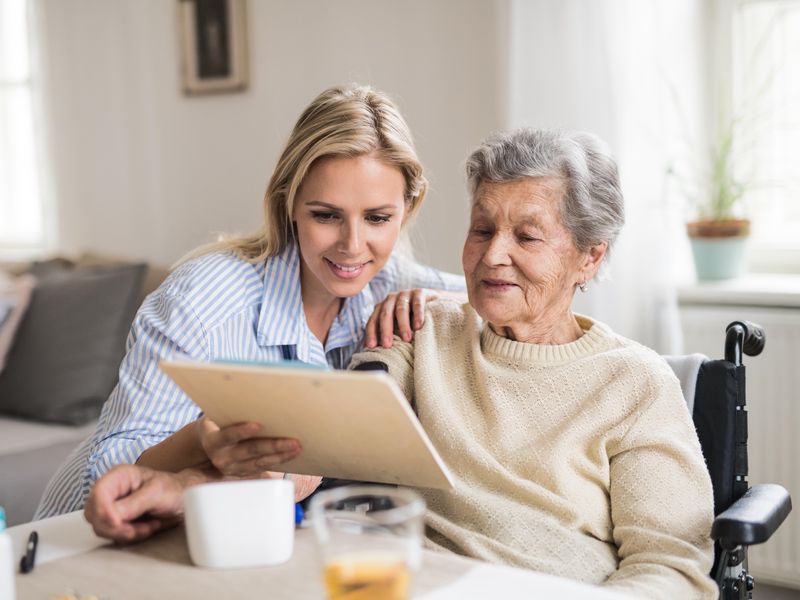 Mental Skills Slow With Age, But Seniors Gain in Other Ways: Study

Seniors, there's good news and bad from a new study of mental health. The brain-centered research confirms that mental skills do decline with age -- but it also finds many people over 60 having better psychological health than folks in their 20s.

"We wanted to better understand the interplay between cognition and mental health across aging, and whether they rely on activation of similar or different brain areas," explained senior study author Jyoti Mishra. She is director of the Neural Engineering and Translation Labs (NEATLabs) at University of California, San Diego, and an associate professor of psychiatry at the university's School of Medicine.

The EEG recordings showed greater activity in anterior portions of the brain's default mode network in older adults during the tasks. These are areas of the brain that are typically active when someone ruminates, daydreams or allows their mind to wander. It is usually suppressed during goal-oriented tasks.

"The default mode network is useful in other contexts, helping us process the past and imagine the future, but it's distracting when you're trying to focus on the present to tackle a demanding task with speed and accuracy," Mishra explained in a university news release.

The team found that while the default mode network seemed to interfere with thinking, several other brain areas appeared to improve it. Task performance used different parts of the brain, depending on whether the participants were older or younger.

In younger adults this was associated with greater activity in the dorsolateral prefrontal cortex, part of the brain's executive control system.

Yet in older adults, those with better thinking performance had greater activity in the inferior frontal cortex, an area that helps guide attention and avoid distractions.

The dorsolateral prefrontal cortex that the younger adults used degrades with age. The research team suggested that older adults may be compensating during tasks by turning to the inferior frontal cortex.

It may be possible to strengthen frontal networks using brain stimulation methods while also suppressing the default mode network through mindfulness meditation. The researchers said they are looking for therapeutic inventions to do this.

The findings could also inspire efforts to improve mental health in young adults.

"We tend to think of people in their 20s as being at their peak cognitive performance, but it is also a very stressful time in their lives, so when it comes to mental well-being, there may be lessons to be learned from older adults and their brains," Mishra said.


The findings were published Sept. 12 in Psychology and Aging.

The U.S. National Institute on Aging has more on cognitive health in older adults.