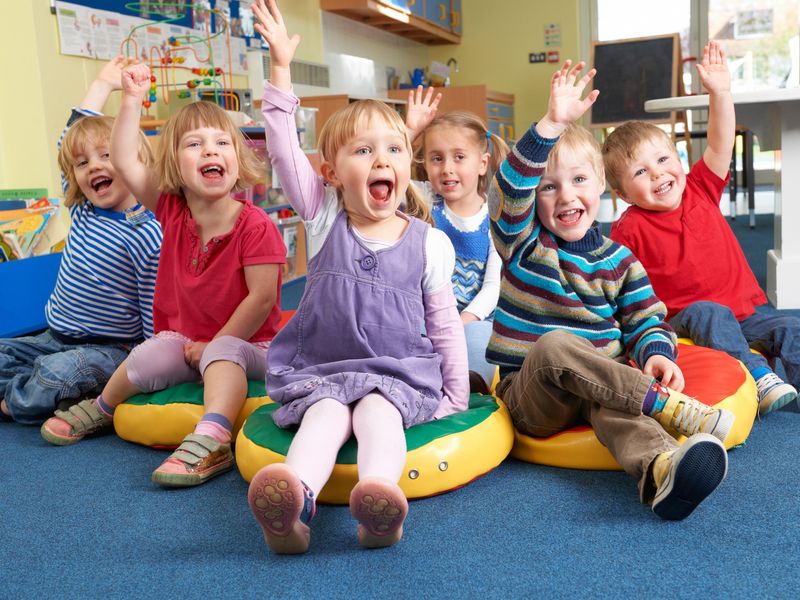 Long, restful and - most importantly - regular sleep is key to helping kindergarteners adjust to school, and a new study urges parents to start forming good sleep habits a full year ahead of time.

Researchers found that kids who regularly got 10 hours of sleep or more before beginning kindergarten reaped big benefits.

These children were more engaged learners and had better social and emotional skills than drowsier classmates, the study found. They also had better executive functioning, meaning they were more focused, able to remember instructions and juggle multiple tasks effectively, and their academic outcomes were also better.

The finding that sleep regularity in the year before kindergarten was so important was a surprise, said lead author Douglas Teti, a professor of human development and family studies at Pennsylvania State University, in University Park, Pa.

Sleep is a bodily process as important as healthy eating and exercise, Teti said. People who get better sleep tend to do a better job of regulating their emotions and behavior, are more organized and function better.

The new study included 221 families. For seven days at a time, children wore wrist devices to clock their sleep at four points during the year: July and August (pre-K); late September (early K); late November (mid-K); and mid to late April (late-K). The researchers also got feedback from teachers and had observer assessments.

"We looked at the transition across the entire kindergarten year, which very few people have done," Teti said.

Knowing that experts recommend that kids of kindergarten age get at least 10 hours of sleep a night, the researchers measured sleep in three ways, including how much shuteye each child got during an average 24-hour period. They also looked at how many kids got 10 hours or more a night and whether they clocked a full 10 hours without napping.

"When they were getting 10-plus hours of sleep during the night specifically, that's what predicted the kindergarten adjustment in socio-emotional areas and learning engagement, and how well they were getting along with teachers and also academic domains," Teti said.

It was an especially good predictor for kids whose families established those routines a full year before kindergarten, the investigators found.

"I think it just has to do with the overall organization of sleep and family life," Teti said. "If kids are enjoying a fairly well-established sleep routine before school begins, I think that just carries over into the school year."

Babcock urged parents to try to establish good sleep habits much earlier than the year before kindergarten.

"I think that just establishing good sleep hygiene from the very beginning - from four months, from six months of age - it's really important to start even that early," she said. "I wonder if they were to have looked at even 2-year-olds or 3-year-olds and making sure that those families had good sleep habits at home would also set up improvement in preschool and kindergarten years."

In sleep studies on adults, past research has showed sleep is important for memory processing, mood, improving relationships and for reducing health issues, Babcock noted.

"A rested brain is just better able to function," she said.

Some children do have more difficulty sleeping, which can be caused by medical issues, environment and also previous sleep habits and expectations, Babcock said.

She suggested parents talk with their child's pediatrician if they have particular concerns or need advice for turning sleep problems around.

Having a consistent routine can be helpful, Babcock said. It might include having dinner, taking a bath, brushing teeth, reading a book, a kiss goodnight and then going to bed.

A transitional object, such as a blanket or doll, can help some kids. Having an incentive, such as a handmade "ticket" to turn in the next morning for a prize, is also helpful for some children, Babcock said.

"One of the techniques is for parents to understand that sleep's important and that it is a habit that needs to be developed over time, but then once there are problems, there certainly are some ways to help kids, depending on their developmental age," she said. "By the time they're 4, they can probably understand some positive reinforcement or enticements."

"Parents who promote good sleep habits in children, especially from a very early age, these kids tend to fall into a more regular sleep pattern much earlier," he said. "And when you do that, that has a greater chance of being maintained across childhood."

This is not to say kids are doomed to school failure if they don't start with good sleep habits.

"It doesn't mean that at all, but if you can make the child's first experience in formal schooling successful, they're that much more motivated to stay engaged in school, to stay engaged with teachers and to do well," Teti said.

The findings were published online July 11 in the journal Pediatrics.

The American Academy of Pediatrics has more on healthy sleep habits for children.