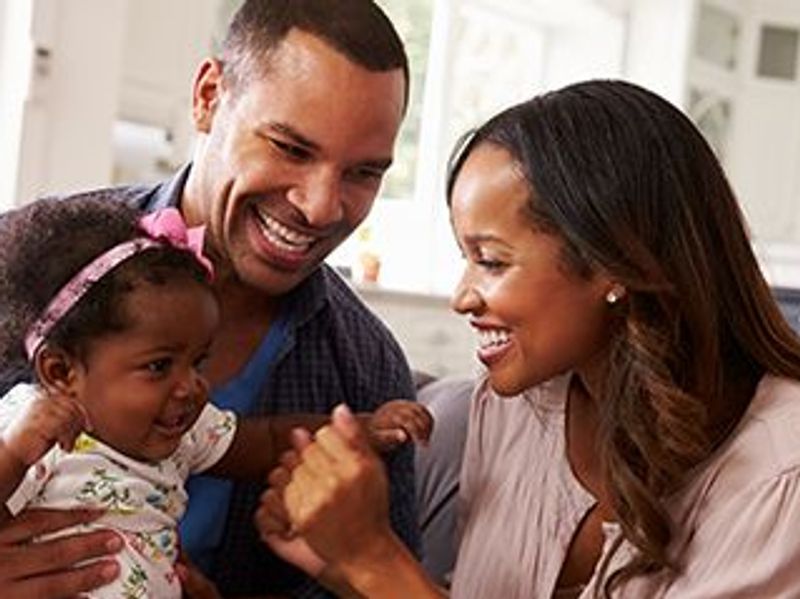 Sharing food and smooching are two ways babies can suss out whom they can depend on to take care for them, a new study suggests.

The tell-tale clue common to both is a surprising one: saliva.

"Babies don't know in advance which relationships are the close and morally obligating ones, so they have to have some way of learning this by looking at what happens around them," said senior study author Rebecca Saxe, of the McGovern Institute for Brain Research at Massachusetts Institute of Technology.

For the study, her team observed babies and toddlers as they watched staged interactions between people and puppets. The babies were 8-1/2 to 10 months of age and the toddlers were 16-1/2 to 18-1/2 months old.

In one set of experiments, a puppet shared an orange with one actor, then tossed a ball back and forth with another actor.

After the little ones watched these interactions, researchers watched their reactions when the puppet showed distress while sitting between the two actors.

Not so. Researchers found the children were more likely to look toward the actor who shared food with the puppet, not the one who shared a toy.

In the second set of experiments, which focused on saliva, the actor either placed her finger in her mouth and then into the mouth of the puppet, or placed her finger on her forehead and then, on the puppet's. When the actor later expressed distress while standing between the puppets, children were more likely to look toward the puppet with whom she had shared saliva.

The findings suggest that saliva sharing helps infants learn about social relationships, researchers said. It helps babies identify the people who are most likely to look after their needs.

"The general skill of learning about social relationships is very useful," said lead author Ashley Thomas, a postdoctoral student at MIT. "One reason why this distinction between thick and thin [relationships] might be important for infants in particular, especially human infants, who depend on adults for longer than many other species, is that it might be a good way to figure out who else can provide the support that they depend on to survive."

Researchers plan similar studies with infants in cultures that have different family structures. They also want to use brain imaging to investigate what parts of the adult brain are involved in making saliva-based assessments about social relationships.

The findings were published Jan. 20 in the journal Science.

The American Academy of Pediatrics has more on babies' emotional and social development.