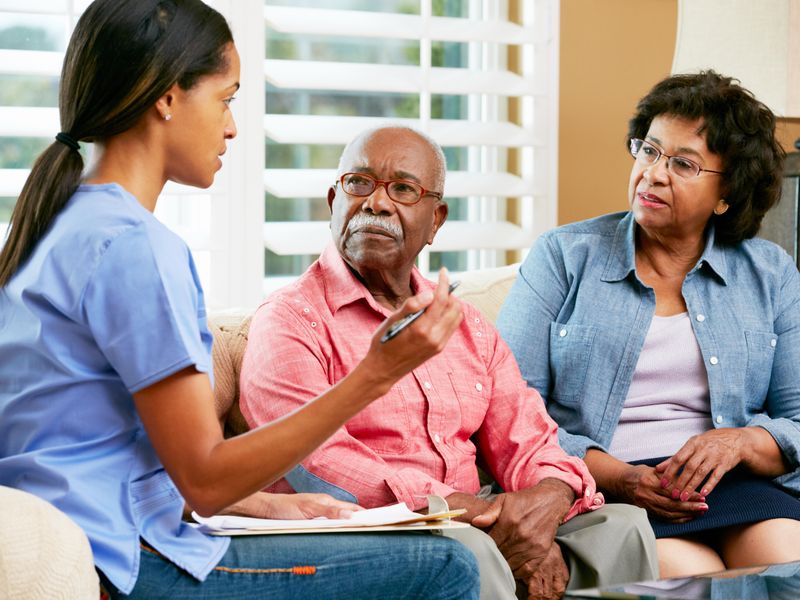 Even in a setting where white and Black people have equal access to medical care, Black Americans fare worse than whites in terms of prostate cancer, new research shows.

But there was a glimmer of good news: When they had the same treatment, Black and white men had similar outcomes.

But because they weren't diagnosed early, more Black men had metastatic cancer, or cancer that had spread, the researchers found.

As many have recognized, equal access to care has the potential to reduce disparities in important outcomes among racial groups, Garraway said. It is well-documented that Black people in the United States often have reduced access to health care and may receive poorer quality of care compared with white Americans. Because the VA system provides equal access to care, the researchers assumed Black men would benefit from a level playing field.

"Being treated within the VA system reduces some of the disparities in outcomes that have been reported in non-VA populations," Garraway said. "However, the increased overall incidence of prostate cancer remains a critical barrier for eliminating racial disparities."

Black men have a higher risk for prostate cancer than white men, and Black men often do less well and are diagnosed later with more advanced cancer, the researchers noted.

Yet their analysis showed that even in the VA system, which is open to all veterans, disparities between Black and whites men persisted.

Garraway isn't sure why these disparities continue in a system with equal access and treatment.

"Many factors influence the development of prostate cancer and response to treatment, including tumor biology, access to care and quality of care," she said, adding "systematic evaluation of these factors is needed" in order to eliminate these racial disparities in the future.

The researchers found that when Black and white men were screened for prostate cancer, Black men had a 29% greater risk of having cancer. They were also younger at the time of diagnosis.

But zeroing in on more than 92,000 males, the investigators saw that Black men who were diagnosed early and treated definitively had the same outcomes as white men.

The report was published online Jan. 18 in the journal JAMA Network Open.

If they have other chronic diseases that make undergoing aggressive cancer treatment a problem, that could account for some of the disparity the researchers found, he said.

Some patients may also opt not to get treatment given some of its side effects, said D'Amico, who was not part of the study.

Race may also play a role, he noted. "I hope not," he said, adding some doctors may shy away from treating Black men aggressively.

D'Amico said any man, regardless of race, who is diagnosed with prostate cancer should talk with his doctor about the best treatment. "They have to say, 'Doctor, what is the best possible treatment for this cancer so I can have the highest possible cure rate, and then tell me the side effects,'" he said.

He also recommends that men get PSA screening to catch cancer early when it's most curable. The PSA (prostate-specific antigen) blood test measures a protein produced by the prostate gland.

"Screening saves lives, there's no question about it," D'Amico said. "I think PSA screening is a must for every man, particularly high-risk populations, especially African-American and Hispanic men.

"I tell people in the high-risk populations, as well as anybody who has a father or brother with the disease, that they should get a baseline PSA at 35 and then every year starting at 40," D'Amico said.