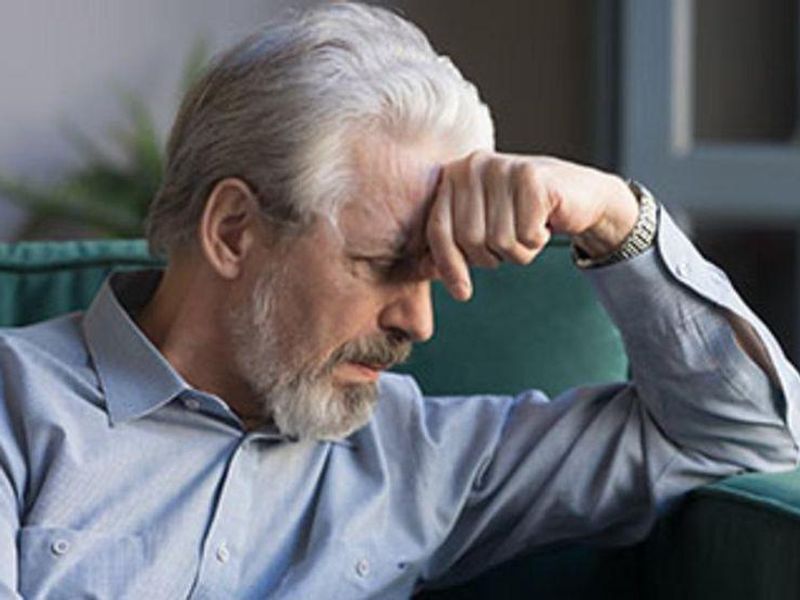 Do You Feel Old? It Could Be Aging You

People who believe their bodies and minds will break down with age may be creating a self-fulfilling prophecy, a recent study suggests.

Researchers found that older adults with a dim outlook on aging tended to report more physical health symptoms on days when they were stressed out than on less stressful days.

In contrast, people with more of a "golden years" perspective seemed to have some protection against daily stress: They actually reported fewer health problems on days where they felt more stressed than usual.

Numerous studies have found that when people habitually feel stressed-out they may eat poorly, skip exercise and have long-term consequences like high blood pressure and an increased risk of heart disease.

But the new findings, Witzel said, suggest that a brighter outlook on aging can be a buffer against the physical effects of daily stress.

That is not to say that people are to blame for their physical symptoms, she noted, or that anyone should ignore symptoms with a smile.

But people should be aware that their perceptions of the aging process may affect how they feel, and "reframe" that story if needed, according to Witzel.

The findings -- published recently in the Journals of Gerontology Series B: Psychological Sciences -- are based on 105 Oregonians aged 52 to 88. Over 100 days, they completed daily surveys on their stress levels and a range of physical symptoms -- such as fatigue, aches and pains, shortness of breath and upset stomach.

At the outset, participants completed a standard questionnaire on attitudes toward aging. It asked whether they agreed with statements like, "As you get older, you are less useful."

On average, the study found, people tended to report more physical symptoms on days where their perceived stress was higher than their personal norm.

What shapes a person's perceptions of aging? According to Witzel, throughout life, people "internalize" messages from the media as well as folks in their lives, consciously or not.

If your parents or grandparents remained upbeat and vibrant as they grew older, your ideas on aging are probably different from someone whose older relatives were riddled with health problems, or complained about aging.

But attitudes toward aging probably also reflect a person's general disposition, according to James Maddux, a senior scholar with George Mason University's Center for the Advancement of Well-Being, in Fairfax, Va.

"It seems like this is really getting at optimism versus pessimism," said Maddux, who reviewed the findings.

That is, whether you "dread" or "celebrate" aging probably has a lot to do with how you see life in general. People who perceive the glass as half-full and have a sense of self-efficacy, Maddux said, are less likely to "catastrophize" physical symptoms and instead see them as manageable.

He noted that the study captured people's subjective responses -- their perceived stress and whether they sensed symptoms. And pessimistic people may be especially likely to feel stressed and be "hypervigilant" for physical symptoms.

So it's not necessarily the case that a bad attitude toward aging is a cause of older people's stress and symptoms. Instead, those tendencies likely co-exist in the same person, according to Maddux.

"It's like a circle, so there's no starting point," he said.

You cannot simply tell people to "be optimistic," he said. But research shows that people can, for instance, learn to interpret physical symptoms differently -- to refrain from a habit of catastrophizing.

Bodily pain is not solely a physical experience. And it's important, Maddux said, to be aware that our mental states affect our pain perceptions and responses.

"The pain you feel is a signal from your brain," he noted.

Maddux also encouraged people of all ages to recognize the link between pain and sedentary behavior. Making physical activity a lifelong habit can be a boon to physical and mental health.

The American Psychological Association has more on managing pain.