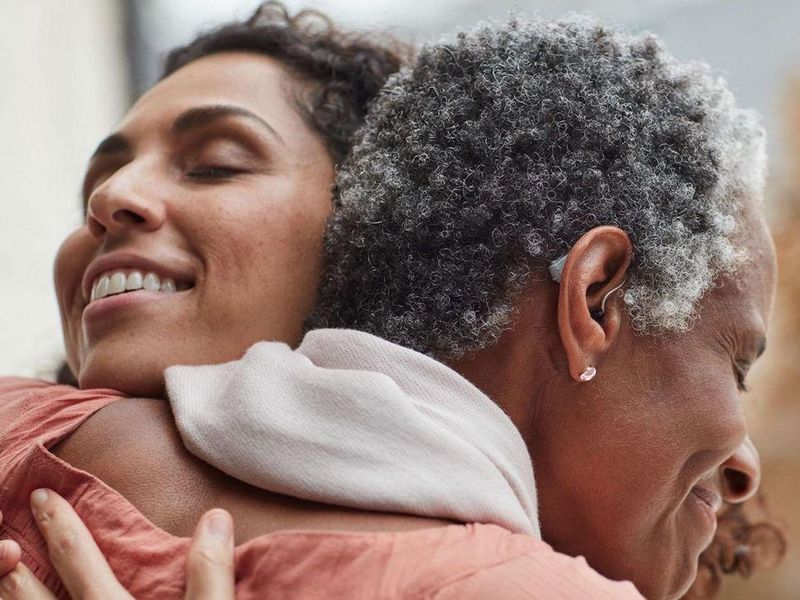 Affordable over-the-counter hearing aids could soon bring relief to millions of Americans suffering from hearing loss, under a landmark proposal announced Tuesday by the U.S. Food and Drug Administration.

The proposal would create a category of hearing aids that could be sold directly to consumers, without either a medical exam or a fitting by an audiologist.

Until now, folks suffering from hearing loss have typically had to fork out thousands of dollars for a device that could only be adjusted by a professional audiologist.

That's been a barrier that left many without the hearing help they need. While roughly 15% of Americans report some trouble with their hearing, the FDA estimates that only 1 in 5 people who could benefit from a hearing aid actually use one.

"For some 30 million Americans who suffer hearing loss, safe, effective and high-quality hearing aids are way too often out of their reach because of the price tag," U.S. Health and Human Services Secretary Xavier Becerra said during a media briefing on the FDA proposal. "I say that not only as secretary of HHS. I say that as the son of a mother who has had to go through a number of hearing aids."

The proposal is the culmination of efforts dating back to 2017, when Congress passed a law requiring the FDA to establish a category of over-the-counter hearing aids.

The FDA missed its August 2020 deadline to propose those new rules, blaming the COVID-19 pandemic for the delay.

But in July, President Joe Biden issued an executive order that set a November deadline for the FDA to finish its work on the new hearing aid rule.

The new rule comes not a moment too soon, hearing experts said.

"More than 30 million people suffer from some sort of hearing loss and hearing is so vital to what we do, your ability to communicate with others is a huge part of your quality of life," Dr. Vinay Rathi, a physician at Massachusetts Eye and Ear, told the Washington Post. "We're really denying people that sort of basic right, which is the ability to communicate with others, because of issues related to cost and access to audiologists."

"Over the years, our number one call, email [and] letter is from people who can't afford hearing aids, or they don't have access to an audiologist or hearing aid specialist," Barbara Kelley, executive director of the Hearing Loss Association of America, told the Post. "Now, not all of those people would benefit from an over-the-counter product. We know that. But … this is going to help those people who might be able to benefit."

In the years since the 2017 law calling for over-the-counter hearing aids was passed, manufacturers like the speaker maker Bose have worked on ones that could be sold directly to consumers. Some are even on the market already.

In 2018, the FDA approved a Bose hearing aid for direct sale to consumers based on clinical trial evidence showing that people themselves could fit it as well as a professional audiologist could.

An Illinois company, Lexie Hearing, has also started selling its own $799 hearing aids direct to consumers online and through Walgreens drug stores in five Southern and Western states.

These devices rely on smartphone apps to help people adjust the devices to best suit their particular hearing deficiencies, with options for both volume and specific frequencies.

Over-the-counter devices are meant to fill a large gap in the hearing aid market, which now offers people one of two choices.

They can either go through the pricey process of getting fitted with a full-fledged hearing aid, or spend much less on a gadget called a personal sound amplification product (PSAP).

PSAPs generally cost less than $500, and Amazon sells some for as low as $60. But experts warn that you get what you pay for: PSAPs will amplify all the sound around you, but they don't allow for other adjustments to account for distortion or loss of hearing at different pitches.

"There's not really a lot of customization outside of maybe turning a volume control up and down," explained Hope Lanter, lead audiologist at Hear.com, a Netherlands-based online hearing aid retailer. "An amplifier makes everything this much louder. It's not necessarily shaping the sound to the person's hearing loss, but just making everything louder. When you do that, it may actually create more distortion or more of a magnification of the problem."

During the FDA media briefing on Tuesday, Dr. Jeff Shuren, director of the FDA's Center for Devices and Radiological Health, noted there are also regulatory differences between hearing aids and PSAPS.

"PSAPs are intended for people with normal hearing, to amplify sounds in certain environments, such as for hunting or other recreational activities like bird watching," Shuren explained. "While hearing aids and PSAPs both amplify sound for the user, PSAPs are not intended to aid persons with or compensate for impaired hearing. Such PSAPs are not medical devices and not regulated by the FDA."

The over-the-counter hearing aids produced under the proposed rule would be intended for adults with mild to moderate hearing loss, the FDA said. Hearing aids for severe hearing loss or for children younger than 18 would still require a prescription and a professional fitting.

To ensure patient safety, the proposal also sets a maximum volume limit for over-the-counter hearing aids, which is intended to prevent injuries from overamplification.

The U.S. Food and Drug Administration has more about hearing aids.