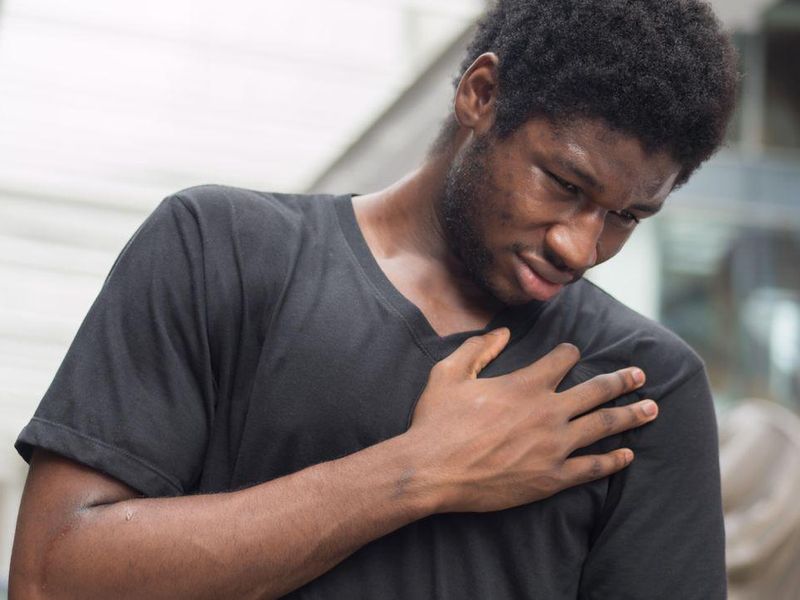 Between 2007 and 2017 -- before the COVID-19 pandemic and the concerns it has created -- hospitalized Black Americans aged 18 to 44 had sharp increases in these risks. They were also having higher rates of health complications and poor hospital outcomes, researchers found in a new study.

In addition to the data on smoking and obesity, "we found that diabetes, hypertension [high blood pressure], high cholesterol levels, kidney disease and many other heart-related problems are increasing compared to 10 years before," Vyas said.

A health equity expert said he was not surprised, noting that systemic societal issues also have led to health inequities for minority populations.

"One of the things that we have learned with COVID-19, it has really uncovered many of the disparities that exist in underrepresented minorities, as well as socioeconomically disadvantaged populations," said Dr. Paul Douglass, an interventional cardiologist in Atlanta. He's also chair of the American College of Cardiology health equity task force.

Douglass and the American College of Cardiology were not involved in the study.

"This is a wake-up call and we need more research like this, that highlights the disproportionate burden of cardiovascular health on minority populations," Douglass said.

"I think that the more that we provide that type of clinical trial research, that we will be able to better recruit minorities into clinical trials so that we can understand the problems in a much more sophisticated way. And I think that having this type of information available to us underscores the importance of it," Douglass added.

When the researchers examined hospitalization outcomes, they found they were worse in 2017, even with advances in medications and improved screening and diagnostic techniques.

Handling stress is also important, Vyas said, suggesting yoga and meditation, which can also help with depression. Abstaining from alcohol should also be encouraged among young people, he advised.

Seeing a doctor for annual visits, even while younger, could catch issues earlier, he said. Vyas suggested raising public awareness about various health programs. Young people should be encouraged to work with health care professionals to learn about affordable options that might be available to them, he suggested.

"The government can include more resources along with the help of primary care physicians and charity organizations to have more screening options for the remote areas, or other people who cannot afford these things. Availability of screening can be very much helpful in this aspect," Vyas said.

The findings were scheduled for presentation at the upcoming American Heart Association online annual meeting, Nov. 13 through Nov. 15. Data presented at medical meetings is considered preliminary until published in a peer-reviewed journal.

Douglass talked about the social determinants of health -- that is, the conditions and environments where people are born, live, learn, work, play, worship and age -- that affect their health risks.

Chief among those determinants are poor access to health care, healthy foods and safe environments for exercise, as well as individual income, Douglass said.

Change will start with a serious and honest discussion about the impact of institutional racism on health outcomes, he said, and then creating policies and regulations that address the issues.

"The only thing that is a little bit of a surprise, and disheartening, is the fact that we're identifying this in a younger population," Douglass said. This means the social determinants of health really are having a significant impact on a younger population of patients, he added.

The U.S. Centers for Disease Control and Prevention has more on heart disease.