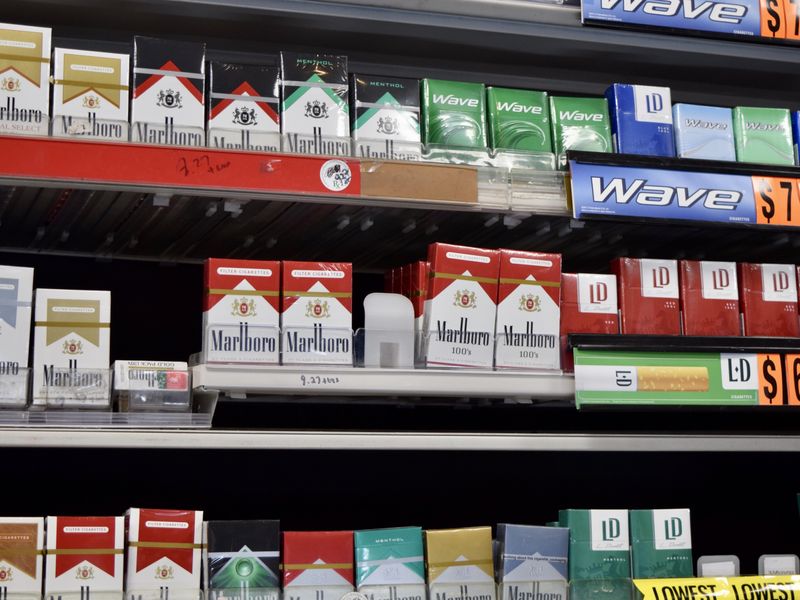 Under 21? Many N.J. Stores Will Still Sell You Cigarettes

Though it is illegal nationwide to sell tobacco products to anyone under age 21, many New Jersey stores still do, an undercover study revealed.

More than 40% of store visits by 18- to 20-year-olds in New Jersey resulted in purchase of cigarettes, cigars and other tobacco products, the study found.

While customers in this age range were asked to show ID 66% of the time, they were still able to buy tobacco 14% of the time. This was true even when buyers used valid driver's licenses that showed they were under 21.

"Current conditions may prevent some easily discouraged buyers from acquiring tobacco products, but underage buyers who want tobacco products will have no trouble acquiring them," said lead author Mary Hrywna. She's an assistant professor at the Rutgers Center for Tobacco Studies and Rutgers School of Public Health in New Brunswick, N.J., and spoke in a university news release.

Independent convenience stores and gas stations carded customers less often than chain-run convenience stores, the study found. And the strongest predictor of an underage sale was the clerk not carding the customer.

For the study, researchers trained five people between 18 and 20 years of age and sent each of them alone to more than 80 stores within 25 miles of New Brunswick.

Before enactment in 2019 of a federal law barring tobacco sales to people under age 21, New Jersey was among several states that raised the age from 18 to 21. Under federal law, stores are supposed to check IDs for anyone who looks younger than 27.

The undercover buyers were told to ask for tobacco products but not to lie about their age. They were also instructed to always show their real driver's licenses when stores asked for ID. In New Jersey, licenses for drivers under age 21 are in a vertical format, so a cashier checking IDs could tell right away that a buyer was underage.

Researchers said this is the first study to highlight Tobacco 21 disparities by density, defined as the average number of tobacco retailers for every 1,000 people. As tobacco retailer density increased, so did their failure to ask for identification.

Study co-author Cristine Delnevo is director of the Rutgers Center for Tobacco Studies.

"This is an important finding because we also know that greater tobacco retailer density is more common in low-income neighborhoods and young people are more likely to use tobacco when they live in neighborhoods with a high density of tobacco retailers," said Delnevo, principal investigator of the U.S. National Cancer Institute grant that funded this study.

"We could do more to reduce the retail availability of tobacco products by limiting the number of tobacco retailers and sales to minors," she said in the release.

The same group plans similar studies in North Carolina, where tobacco restrictions have traditionally been less strict, and in New York City, where they have been more stringent. The aim is to find out how much willingness to sell tobacco products changes in different policy settings.

"A better understanding of how the problem varies from place to place will increase our chances of solving it or, at the very least, minimizing it," Hrywna said. "Efforts to delay tobacco usage are important because the younger people are when they begin experimenting with tobacco products, the greater their chance of becoming addicted and suffering serious health problems down the road."

The findings were published Oct. 5 in JAMA Network Open.

The University of California, San Francisco Center for Tobacco Control Research and Education has more about U.S. tobacco laws.