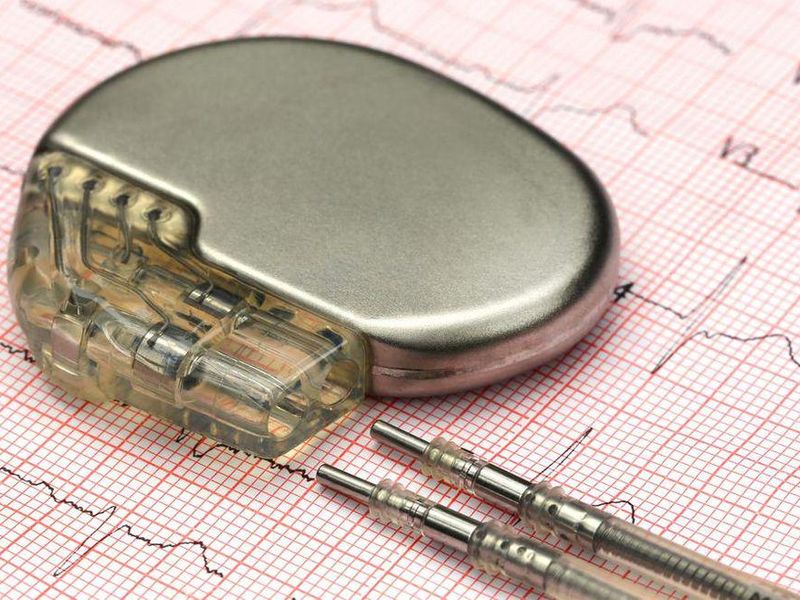 High-Tech Devices May Interfere With Your Implanted Defibrillator

Swiss researchers found that Apple AirPods Pro, the Microsoft Surface Pen and the Apple Pencil all can temporarily throw a pacemaker/defibrillator off if they are held too close to the implant.

"These devices are designed that they can be deactivated by a strong enough magnetic field from outside of the body," noted lead researcher Corentin Fery, a research engineer at the Institute for Medical Engineering and Medical Informatics at the University of Applied Sciences and Arts Northwestern Switzerland.

A pacemaker will respond to the magnetic interference by defaulting to a fixed pacing mode instead of its programmed heart pace, something that isn't dangerous, Fery said.

But a defibrillator implant completely shuts down while in the presence of such interference, and will not be able to activate if the patient develops an irregular heart rhythm that could cause their heart to stop, Fery said.

When working normally, an implanted defibrillator delivers an electric shock to the heart to restore normal heart rhythm when an irregular heartbeat occurs.

"If the portable electronic device is too close to the implanted device, the therapy of the [defibrillator] could be deactivated and sudden cardiac death could occur, if defibrillation is required during this situation," Fery said.

This potential problem has already been observed in other electronic devices, in particular the iPhone 12 Pro Max, the researchers said in background notes.

While troubling, the risk that magnetic interference from devices could cause someone serious injury or death is low, said Dr. Mark Estes, director of the Clinical Cardiac Electrophysiology Fellowship Program at the Heart and Vascular Institute of the University of Pittsburgh School of Medicine.

The magnetic effect stops when the device is moved away from a cardiac implant, and the implant resumes its normal function, Estes said.

"One would have to have the unusual confluence of having that magnet interfere with the device and at the same time have a life-threatening arrhythmia," Estes said. "The probability of that happening is extremely low."

Further, no real-world deaths or injuries related to these personal devices have been reported, Estes said.

"The investigators bring up a very valid point that some electronic equipment does have the potential to interact with pacemaker/defibrillators, but actual adverse outcomes from that interaction really have not been reported," Estes continued. "It's an extremely low-probability event."

Nonetheless, there are concerns that the devices' magnetic fields could screw up the programming of heart implants, making them not work correctly even after the device is taken away, said Dr. Johanna Contreras, a cardiologist at Mount Sinai Hospital in New York City.

"It could do it. It's unlikely to do it if the magnet is removed, but you never know what's going to happen," Contreras said.

Contreras said the U.S. Food and Drug Administration needs to investigate the potential interactions between magnet-equipped devices and heart implants.

Fery and his colleagues also think other personal devices such as smartwatches and e-cigarettes should be checked out, to make sure they can't interfere with heart implants.

In the meantime, people can protect themselves by keeping any of their devices at least 6 inches away from their heart implant, Estes said.

"Most pacemaker/defibrillators are put in underneath the left collarbone, so they shouldn't keep their cellphones or any devices in their breast pocket," Estes said. "If they're sitting in a bed, they shouldn't be using their iPads with it close to the device up on their chest."

The new study was published March 1 in the journal Circulation: Arrhythmia and Electrophysiology.

The U.S. National Institutes of Health has more about pacemakers and implantable defibrillators.