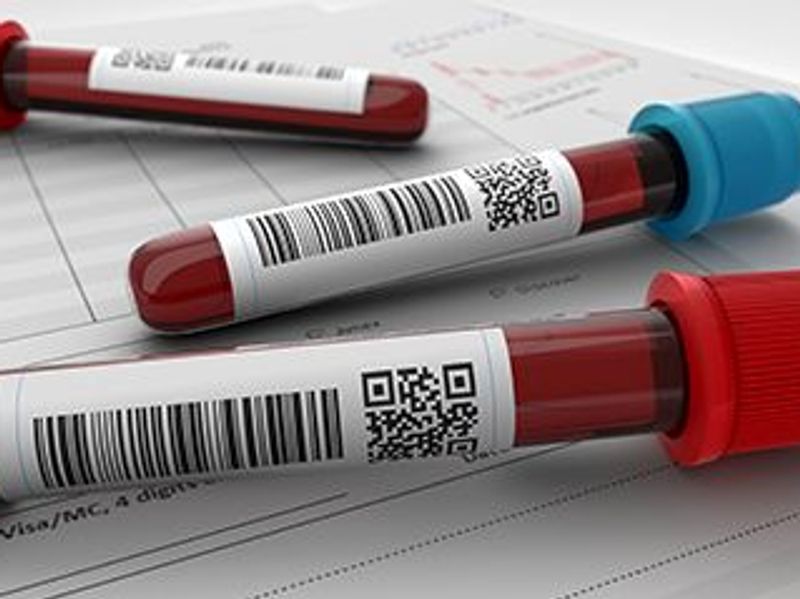 A simple blood test may help spot pregnant women who are at risk for developing preeclampsia -- dangerously high blood pressure during pregnancy -- before it becomes a threat to both mother and child.

Marked by a sudden spike in blood pressure, protein in urine or other problems during pregnancy, preeclampsia occurs in about 1 in 25 pregnancies in the United States, according to the latest data from the U.S. Centers for Disease Control and Prevention. Rates appear to be on the rise.

Preeclampsia can up the risk for serious health problems in moms and babies, including preterm birth, but many women have no clear risk factors for the condition, making it hard to get ahead of the complication.

But when researchers used machine learning to analyze genetic material known as cell-free RNA (cfRNA) in the blood of mothers, babies and placentas, they identified 75% of women who would go on to develop preeclampsia and preterm birth about three months before any symptoms appeared.

The test is under development by Mirvie, a biotechnology company in San Francisco that funded the new research. A company spokesperson said to expect an update on the availability of the new test later this year.

"Once we know the pattern of normal genes throughout pregnancy, it becomes possible to determine which patients deviate from normal," explained lead study author Dr. Thomas McElrath. He is an attending physician in maternal-fetal medicine at Brigham and Women's Hospital in Boston and a professor of obstetrics at Harvard Medical School.

"There are seven genes that when activated, indicate an increased risk of developing preeclampsia," McElrath said.

The study included RNA in more than 2,500 blood samples from 1,840 women in the United States, Europe and Africa. Factors such as age, race and maternal body mass did not affect how well the test worked, McElrath said.

"This suggests that we are getting down to the underlying biology of what is going on in preeclampsia," he noted.

The greatest risk for developing preeclampsia is having a history of the complication in a previous pregnancy, but this doesn't help first-time moms, McElrath said.

Knowing that you are at risk for preeclampsia before symptoms appear gives doctors a chance to intervene and potentially prevent or forestall its development, he said. This may include a regimen of low-dose daily aspirin, increased monitoring throughout pregnancy, and taking your blood pressure at home.

"If the disease becomes more probable, then we can treat you with steroids so the baby is protected against prematurity," McElrath added.

Preeclampsia is just the test case, he noted. This new technology could ultimately help identify other pregnancy-related complications earlier, such as gestational diabetes and preterm birth, McElrath said.

The new findings were published Jan. 5 in the journal Nature.

There is still so much doctors don't know about preeclampsia and why it occurs, said Dr. Yalda Afshar, an assistant professor of obstetrics and gynecology at the David Geffen School of Medicine at UCLA.

"We don't understand the disease, and it has very large clinical consequences for pregnancy health and lifetime health of the mom and the baby," said Afshar, who was not involved in the new research.

"The new test profiles what a normal pregnancy does and may help tell us when someone is going to develop preeclampsia so we can triage their care, but we have a lot more work to do," she added.

The American College of Obstetricians and Gynecologists has more on the warning signs of preeclampsia.