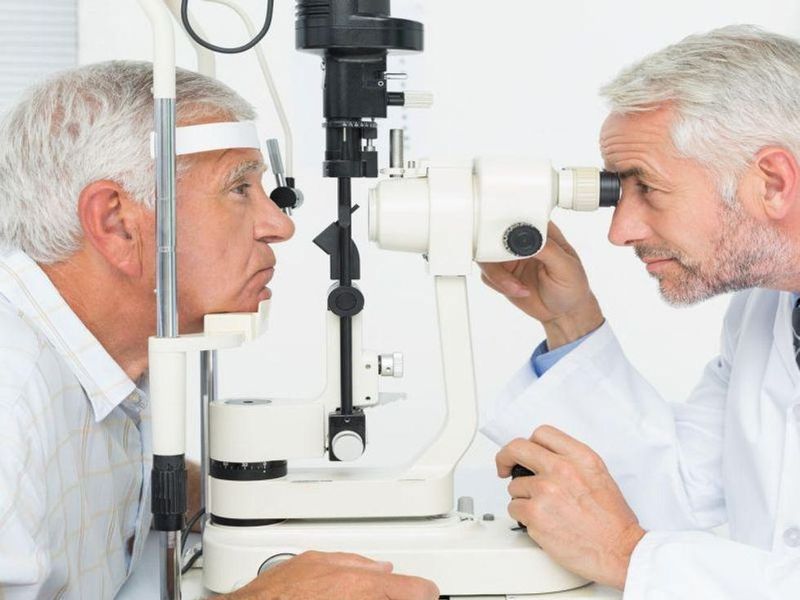 Cataracts Tied to Higher Odds of Death From Heart Disease

Cataracts, a common eye disorder that often comes with age, may also be linked to a heightened risk of death from heart disease, new research shows.

Experts stressed that the finding doesn't mean that cataracts somehow cause heart trouble, and the study wasn't designed to prove cause and effect.

"A variety of medical conditions like [high blood pressure], diabetes or smoking have been associated with increased cataracts and these diseases are also associated with vascular mortality, which may explain the relationship," said Dr. Matthew Gorski, an ophthalmologist at Northwell Health in Great Neck, N.Y. He believes cataracts may be an important signal of underlying health, however.

"Patients should use the results of this study as a reminder of the importance of having regular eye exams with your eye doctor, especially as you get older or if you have certain medical conditions," said Gorski, who wasn't involved in the new study.

The research was conducted in Australia, and was led by Dr. Mingguang He of the Centre for Eye Research Australia at the University of Melbourne. His team analyzed data obtained between 1999 and 2008 on nearly 15,000 American patients, aged 40 and older. More than 2,000 (9.6%) of them said they'd undergone a cataract surgery.

Oxidative stress (an imbalance in natural oxidation processes affecting cells) and depression may be common factors that could impact the formation of cataracts and also raise a person's risk of death from heart disease, He's team said in their study.

The study authors pointed to prior research, which has shown that DNA damage caused by oxidative stress contributes to cataract formation while also spurring an unhealthy narrowing of the arteries.

According to the Australian team, people with cataracts are also more likely to develop depression than those without the eye condition, even after they've had cataract surgery, and people with depression have an increased risk of heart disease.

Overall, the study "found significant associations of self-reported cataract surgery" with a raised risk of death from any cause, and from heart-related causes in particular, the authors said.

Dr. Mark Fromer is an ophthalmologist at Lenox Hill Hospital in New York City. Reading over the findings, he said that "it is certainly not a surprise to expect cataract patients to have other underlying illnesses as most cataract patients are elderly."

Fromer noted that people are typically having cataracts surgically removed at an earlier age than they might have a few decades ago. "This has led to patients living for a longer time after their surgery than was reported just decades ago," he said. "Seeing better following surgery also leads to a better quality of life and may prevent accidents which can lead to death and injury due to poor sight."

The study was published Oct. 25 in the British Journal of Ophthalmology.

The U.S. National Eye Institute has more on cataracts.