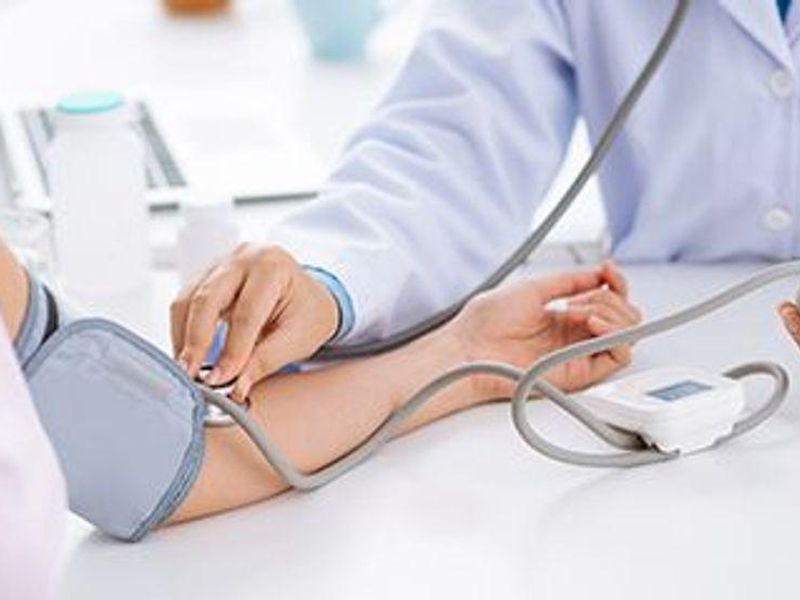 Pregnant women at risk for a serious high blood pressure disorder called preeclampsia should take low-dose aspirin after their first trimester, according to the U.S. Preventive Services Task Force (USPSTF).

The recommendation, announced Sept. 28, updates and is consistent with the task force's 2014 stance.

Marked by a sudden spike in blood pressure, protein in urine or other problems, preeclampsia causes serious health problems for pregnant women and their fetuses when left untreated. It affects an estimated 4% of pregnancies in the United States.

"The good news is that we can reduce these risks with daily low-dose aspirin or 81 milligrams of aspirin a day," said task force member Dr. Aaron Caughey. He is associate dean for women's health research and policy at Oregon Health & Science University in Portland.

Exactly how aspirin helps stave off preeclampsia is not fully understood, Caughey noted.

"We know that aspirin interacts with some molecules in the bloodstream that are related to inflammation, and we think it impacts the way the placenta implants in the uterus," Caughey said.

In women with preeclampsia, the placenta, which supplies oxygen and nutrients to the developing fetus, doesn't get enough blood. Healthier implantation of the placenta lowers preeclampsia risk.

Women who are at high risk for preeclampsia and should take low-dose ("baby") aspirin include those who have had the condition in prior pregnancies, as well as those with chronic high blood pressure, a history of diabetes, kidney disease or an autoimmune disorder like lupus. Women pregnant with multiples are also considered at high risk, according to the report.

Women with two or more moderate risk factors for preeclampsia should also take low-dose aspirin, the task force recommends. This includes women with a family history of preeclampsia, Black women, those 35 and older, low-income women, and those who used assisted reproduction techniques to get pregnant.

Low-dose aspirin should also be considered for women who have only one of these moderate risks, according to the guidance.

Women who have had a previous uncomplicated delivery and no risks for preeclampsia don't need low-dose aspirin, the task force said.

The updated guidance is based on a review of 23 studies. The researchers found that low-dose aspirin prevents preeclampsia, delivery of babies who are too small for their age, and/or preterm birth. Aspirin use did not increase the risk for placental abruption, a condition that occurs when the placenta separates from the uterine wall before delivery or other complications such as postpartum bleeding or fetal intracranial bleeding, the review found.

The guidelines and the evidence supporting them were published Sept. 28 in the Journal of the American Medical Association.

Caughey noted that preeclampsia doesn't always cause symptoms. The only way to know if you have it is with blood pressure screening throughout pregnancy, he said.

"With daily low-dose aspirin, we can reduce the risk of developing it in the first place, and if you screen through third trimester, we can catch it and intervene if it does occur," he explained.

Preeclampsia is treated with blood pressure-lowering drugs and regular monitoring. A recent study found that metformin, a commonly prescribed diabetes drug, may help stave off preterm birth among women with preeclampsia.

Dr. Jimmy Espinoza, an associate professor of obstetrics and gynecology at the Texas Children's Hospital Pavilion for Women in Houston, wrote an editorial that accompanied the task force recommendations.

Espinoza said he already followed the guidelines, but he noted that certain women can't take daily aspirin. Among them are women with a history of hypersensitivity to aspirin or stomach ulcers. And, he added, some questions about this practice remain.

In addition, he said more research is needed to see if aspirin dosage should be adjusted for mom's weight.

"We need long-term follow-up studies of mothers and babies exposed to low-dose aspirin during pregnancy to determine the long-term benefits and risk of this intervention," Espinoza said.

The Preeclampsia Foundation has more on aspirin and preeclampsia risk.