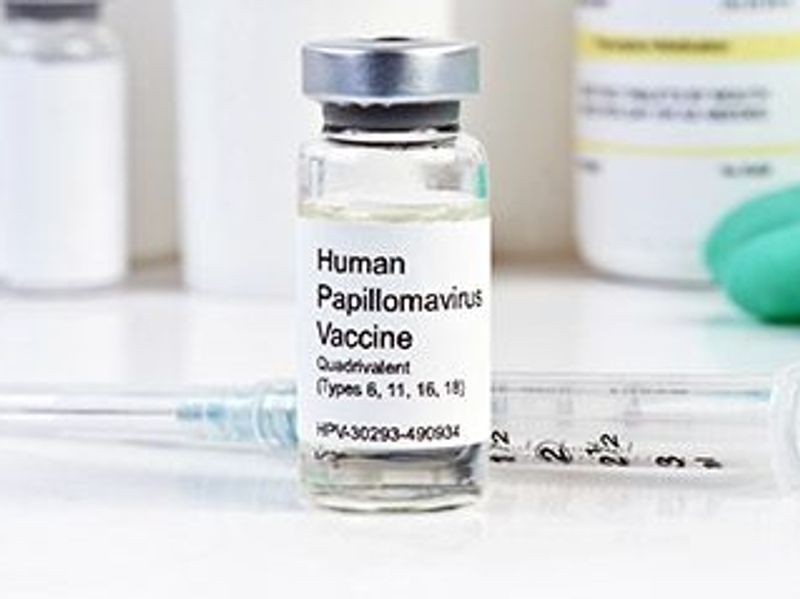 Most sexually active people will contract the human papillomavirus (HPV) during their lifetimes, and about 90% will clear it from their bodies. But some women are susceptible to the cervical lesions that infection brings, raising their risk for cervical cancer.

Now, a new review finds it's possible that during surgery to remove precancerous cervical lesions, an injection of the HPV vaccine may help prevent future lesions.

While the findings show great potential, the researchers stressed that more rigorous research is still needed.

"It's very important to produce this evidence because when you try to introduce a vaccine as a public health policy, you need to be able to have very huge data and efficacy and cost-effectiveness," said study author Dr. Maria Kyrgiou, a consultant surgeon in gynecology and gynecologic oncology at the West London Gynaecological Cancer Centre. "I think it's a very important step to try the introduction of vaccine in this population."


In the review, the research team analyzed 18 studies, including two that were randomized, controlled trials, 12 observational studies and four re-examinations of data. The average length of follow-up was three years.

Overall, the findings showed the risk of recurrence of high-grade, pre-invasive disease was reduced by 57% in patients who were vaccinated during surgery, compared to those who did not receive a vaccine.

Even more positive results were seen when looking at the two high-risk types of HPV known as HPV 16 and HPV 18, where patients saw a 74% reduction in precancerous lesions.

The findings aren't definitive because of the scarcity of data, the possibility of bias and the quality of the evidence reviewed, the authors noted.

The HPV virus can cause cancers of the cervix, but also of the vulva, vagina, penis or anus, according to the U.S. Centers for Disease Control and Prevention. It can also cause oropharyngeal cancer at the back of the throat, including the base of the tongue and tonsils, and genital warts.


Vaccination is highly effective at preventing the lesions. That's why it's offered for girls and boys around the age of 11 to guard against future infection.

Kyrgiou said her team is working to understand why the virus persists in some women, while the majority are able to clear it.

"It seems to be a multifactorial reason for this, but whatever the reason is that we don't quite fully understand at the moment, these women have proven to us that they're a particularly high-risk population. They have not cleared virus and they have developed high-grade pre-cancer," Kyrgiou said.


The findings were published Aug. 3 in the BMJ.

One U.S. gynecologist not involved with the study is cautiously optimistic.

"I think it's very intriguing. I really agree with their conclusions, which is that the data is provocative, suggestive, but not conclusive," said Dr. Linda Eckert, a professor in obstetrics and gynecology at the University of Washington.

"I think that for a long time we have been thinking and hoping that perhaps HPV vaccine would boost the antibodies enough that recurrence would be decreased. And we'd really love that if it were true, especially in very high-risk groups, but it's a hard study to do and definitive studies haven't been done," Eckert said.

Several reasons could be at the root of these high-risk cases, she said.

Certain types of HPV, such as HPV 16 and HPV 18, are more likely to turn cervical cells precancerous, Eckert said.

A person's immune system may also play a role in not clearing the infection, such someone who is taking medications that suppress the immune system. Someone with HIV will also have a much harder time clearing an infection.

Co-infections may also play a role, such as the sexually transmitted trichomoniasis, which is caused by a parasite.

"All of those things make doing a study like this quite challenging," Eckert noted.

If future trials find that vaccination at the time of surgery does work, it would be "a great tool for adding to the ability to treat pre-cancer that would likely enable more people to live further without recurrences," she said.

Eckert said she would like to see a prospective, randomized trial in which people who have abnormal cervical cells from HPV 16 or HPV 18 have their blood tested to determine the antibody level in their blood and then are vaccinated or not vaccinated during surgery.

Researchers could then follow the patients using usual standards of care to see whether there are differences. Ideally those patients might also be immunocompromised, Eckert said.

Vaccine equity is also important, she said, since the HPV vaccine isn't readily available in most of the world. One area where the vaccine could be beneficial is sub-Saharan Africa.

"These results are really encouraging," Eckert said. "They also call out the need for better vaccine equity."

The U.S. National Cancer Institute has more on HPV and cancer.