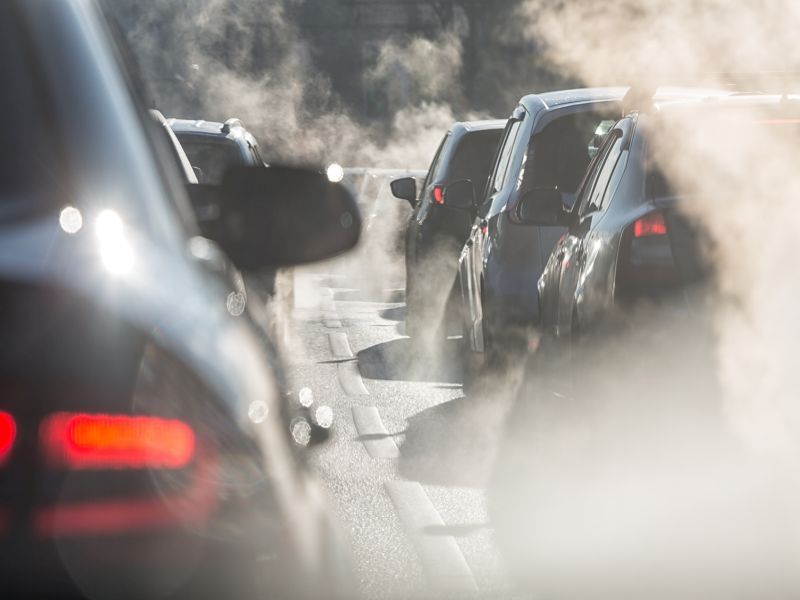 Cities worldwide are shrouded with air pollution -- and it's killing people.

A new modeling study found that 86% of people living in cities throughout the world -- a total of 2.5 billion people -- are exposed to fine particulate matter at levels that exceed the World Health Organization's 2005 guidelines.

In 2019, this urban air pollution led to 1.8 million excess deaths, according to the study published Jan. 5 in The Lancet Planetary Health journal.

PM2.5, a fine particulate matter with a diameter of 2.5 micrometers or less, is the leading environmental risk factor for disease. Inhaling this increases the risk of premature death from cardiovascular disease, respiratory disease, lung cancer and lower respiratory infection, researchers say in background notes."

"The majority of the world's urban population still live in areas with unhealthy levels of PM2.5," said Veronica Southerland, of George Washington University in Washington, D.C., lead author of the study. "Avoiding the large public health burden caused by air pollution will require strategies that not only reduce emissions but also improve overall public health to reduce vulnerability."

Investigators found that average population-weighted PM2.5 concentration across all urban areas globally was 35 micrograms per cubic meter in 2019, with no change from 2000 and equivalent to seven times 2021 WHO guidelines.

About 55% of the world's population lives in cities. Looked at individually, some areas saw increases and decreases.

African cities had an 18% decrease in PM2.5 concentrations, European cities had a 21% decrease and North and South American cities had 29% decreases. This, however, did not correspond to the same level of decreases in PM2.5-attributable death rates on their own. This means that other demographic factors, such as an aging population and poor general health, are influential drivers of pollution-related death rates, the authors said.

This study did not assess other health burdens attributable to PM2.5, including low birth weight, premature birth and cognitive impairment.

The U.S. Environmental Protection Agency has more on PM2.5.