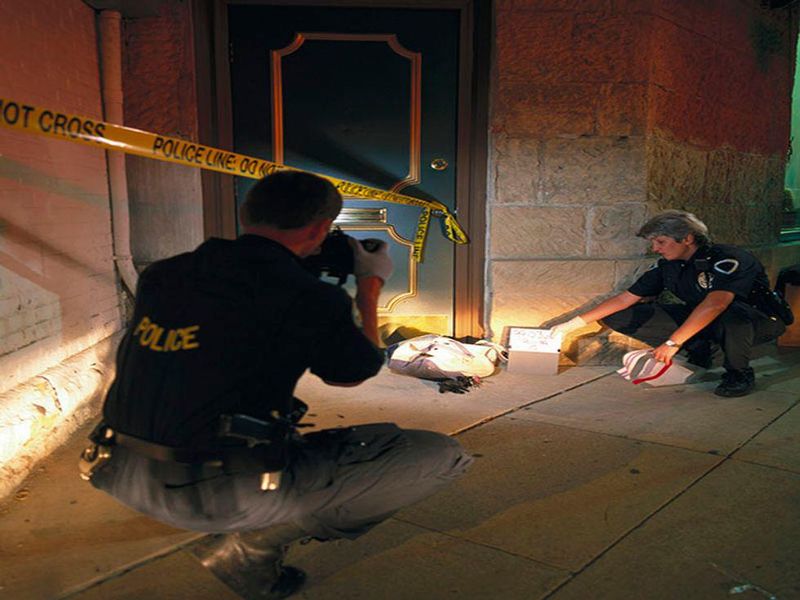 A record increase was seen in the number of murders in the United States in 2020, in the biggest one-year jump reported since federal officials began tracking homicides in 1960.

Figures showed 4,901 more murders committed in 2020 than in 2019. A total of roughly 21,500 people were killed last year, according to data from 16,000 law enforcement agencies across the country. While the numbers are still high for 2021, they appear to be slowing as the year goes on, theNew York Times reported.

Overall, major crimes -- which include rape, armed assault, robbery and car thefts -- were down about 5% for 2020, statistics showed.

The reasons for the rise in crime aren't entirely clear, but could include sharp increases in gun purchases and the pandemic's impact on people's mental health and economics, the Times reported.

"It is a perfect storm," Harold Medina, chief of the Albuquerque Police Department in New Mexico, told the Times. He cited the pandemic, fallout from social justice protests, and bail reform efforts that in some cities saw more convicted felons released back onto the streets.

"There is not just one factor that we can point at to say why we are where we are," Medina said.

Experts cited numerous other reasons for the surge, including people being forced together for longer periods, police departments struggling with having officers in quarantine, increases in homelessness and reductions in access to some mental health services.

"This is a country where everybody is suffering a little post-COVID traumatic syndrome, and not knowing what is going to happen," Peter Winograd, a University of New Mexico professor who works as a consultant for the Albuquerque Police Department, told the Times. "That is huge."

Some also cited the protests after the killing of George Floyd either causing police officers under intense scrutiny to pull back from some aspects of crime prevention or creating diminished trust by the public, who then took the law into their own hands.

Despite the sharp increase, the numbers are still well below the violence of the 1990s, the Times reported.

A smaller percentage of the deaths are occurring on parallel coasts, in the big cities of New York and Los Angeles, which accounted for nearly 14% of U.S. murders in 1990, but 3.8% in 2020. While major cities had fewer murders than their worst years, medium-sized cities had record-high numbers, including Albuquerque, Milwaukee, Tulsa, Okla., and Des Moines, Iowa.

Although 2021 numbers haven't been tabulated yet, so far this year murders are up about 10% from last year in 87 cities, Jeff Asher, a crime analyst based in New Orleans, told the Times.

Visit the U.S. Centers for Disease Control and Prevention for more on homicides.