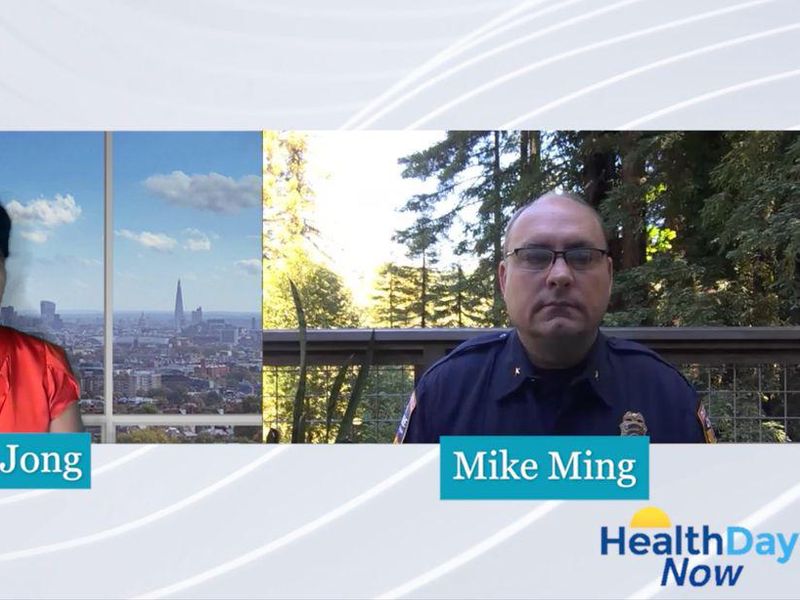 The Dixie Fire -- now the single largest wildfire in California history -- continues to spread, having burned through more than 750 square miles of forest land north of Sacramento.

The astonishing spread of smoke from the fire, causing discomfort and illness to people hundreds or thousands of miles, has been breathtaking.

But it's nothing compared to the mental and physical strains faced by the thousands of firefighters on the front lines of the wildfire, said Mike Ming, staff chief of Cal Fire's behavioral health and wellness program.

Those firefighters working to save lives and property will be dealing with the aftermath of their efforts for years to come, Ming told HealthDay Now.

"Most recently, the [U.S.] National Institute of Occupational Health and Safety did two large studies that focused on firefighter cancer," Ming said. "They concluded that firefighters face a 9% increase in cancer diagnoses and a 14% increase in cancer-related deaths, compared to the general population in the United States."

Fires produce large amounts of particulate pollution, and they also release toxins as they burn through human-made products, Ming said. Exposure to bad air and toxins is so pervasive that it's literally considered an aspect of the job.

"Cancer and heart disease are considered presumptive [by insurers], meaning that if you are diagnosed with one it's presumed that it is work-related," Ming said. "It shows a long history of our relationship to those toxins and carcinogens."

Even more common are the effects on mental health from battling fires, particularly when facing an overwhelming conflagration such as that in the Dixie wildfire, Ming said.

"Over the past five to seven years, we have seen the intensity and the frequency, the size, the destruction and the death toll raising each and every year. Each year surpasses the year before," Ming said.

No one can say how long a firefighter will be needed on the front lines.

"When we're in the intense burning season, we don't know when that will start or necessarily when that will end," Ming said. "We can be deployed 20 days, 30 days, 60 days, 90 days, really with no end in sight."

Firefighters regularly struggle with feelings of isolation, depression and anxiety, which some try to self-medicate with by using alcohol or drugs, Ming said. Divorce rates are up, as are reported cases of PTSD.

PTSD symptoms can include reliving a traumatic event, avoiding things that remind you of the event, having more negative thoughts or feelings, or feeling edgy or keyed up, according to the U.S. Department of Veterans Affairs' National Center for PTSD.

The National Center for PTSD recommends that first responders manage their stress by:

The National Center for PTSD has more information on post-traumatic stress disorder.