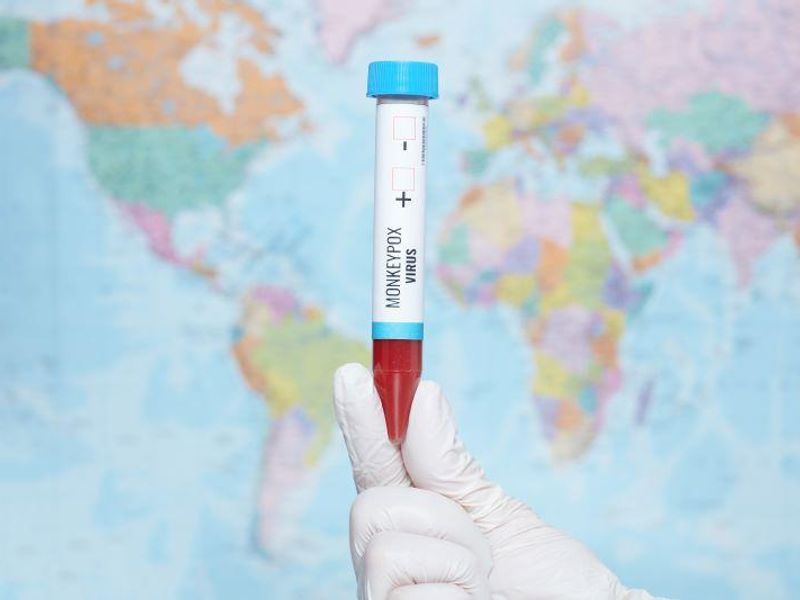 Monkeypox cases continue to fall in the United States, but public health officials now are concerned that the virus is wending its way into communities of color.

Fenton credited the decrease in new cases to vaccinations and education efforts around the nation, noting that a pilot program targeting large Pride events has delivered nearly 11,000 doses of vaccine.

“In places like Atlanta, where we've worked closely with the public health community to surge vaccines and information around events like Black Pride, the rate of new cases has steadily declined,” Fenton said. “In D.C., the new cases have declined 20%, on average, per week since they peaked in mid-July.”

As of Sept. 14, there have been nearly 23,000 cases of monkeypox identified in the United States, out of more than 59,600 cases detected globally in 103 countries, Dr. Rochelle Walensky, director of the U.S. Centers for Disease Control and Prevention, said during the White House briefing.

But while the growth in new cases has declined overall, “over the past several weeks we have also seen the racial and ethnic makeup of this outbreak evolve,” Walensky added.

Monkeypox cases are now “concentrating in gay, bisexual and other men who have sex with men of color,” causing case counts to actually rise in certain parts of the United States even as they fall nationwide, said Dr. Demetre Daskalakis, deputy coordinator of the White House monkeypox response.

More than 540,000 doses of monkeypox vaccine have been administered so far, Walensky said, but white people have received the most doses.

In response, the White House has opened up a new monkeypox vaccine equity pilot program, aimed at expanding vaccine access to communities of color in places being hit hardest by the virus, Daskalakis said.

“It is critical that education, vaccinations, testing and treatment are equally accessible to all populations, but especially those most affected by ... this outbreak,” Walensky said.

U.S. scientists are also continuing to research monkeypox, in terms of transmission, testing and vaccines, said Dr. Anthony Fauci, director of the U.S. National Institute of Allergy and Infectious Diseases.

“As we implement the interventions that we have, simultaneously we still pursue some unanswered questions,” Fauci said.

One clinical trial is focusing on intradermal administration of the Jynneos vaccine, he said. By injecting the vaccine into the skin, doctors are able to stretch one vial into five doses. But this trial is also testing to see if one vial could stretch to as many as 10 doses, Fauci noted.

“If in fact one to 10 works, that will immediately double the amount of doses available on an international scale,” he said.

The U.S. Centers for Disease Control and Prevention has more about the Monkeypox Vaccine Equity Pilot Program.