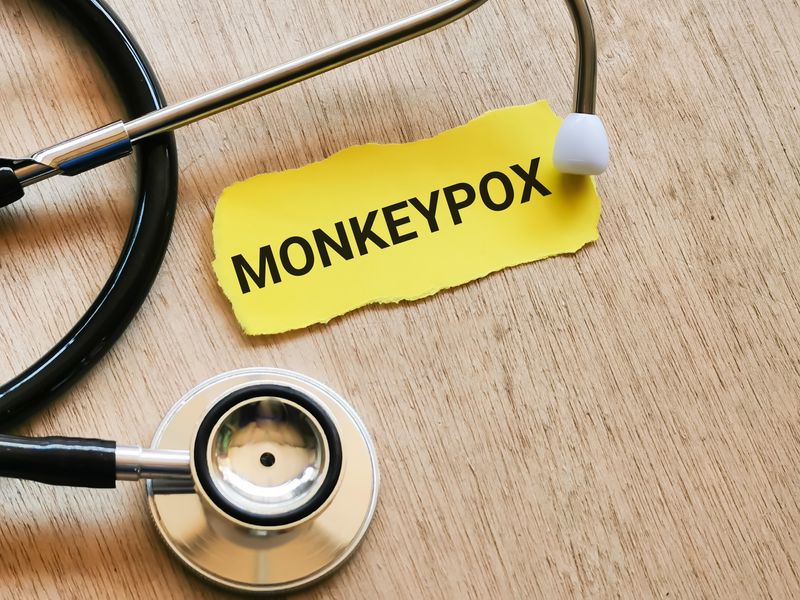 TPOXX Is the Only Monkeypox Treatment -- If You Can Get It

What if a rare viral illness with the potential to cause excruciating pain was in fact treatable, but the only drug for that use was nearly impossible to get, despite being in plentiful supply?

That is precisely the dilemma now confronting thousands of monkeypox patients across the United States.

"I was in so much pain it was pretty hard to even talk," recalled Josh Watson, a Chicago-based wireless communication expert who was diagnosed with monkeypox in mid-July.

"Lesions were starting to appear in my rectum, and I already had them on my chin, in my pubic area, and in my mouth, so it was also becoming difficult to drink," the 33-year-old said. "It was getting to the point where I was scared I might not even be able to breathe."

Luckily, Watson was aware of a medicine that promised significant relief: tecovirimat (TPOXX).

Unfortunately he, and many of his friends, found out the hard way that there's a big difference between knowing about TPOXX and actually getting it.

On its face, the news about TPOXX seems pretty good. According to the Kaiser Family Foundation, the U.S. federal government has already amassed nearly 2 million doses of TPOXX as part of the nation's Strategic National Stockpile, following its approval by the U.S. Food and Drug Administration in 2018. The expressed purpose: to protect Americans from a potential bio-weapon attack involving the now eradicated smallpox virus.

But the bad news, explained Rutgers School of Public Health Dean Perry Halkitis, is pretty bad: TPOXX was never actually approved for the treatment of monkeypox, despite the fact that monkeypox and smallpox are essentially close viral cousins from the same orthopox family.

"The problem is that this medication was only tested and approved as an effective treatment specifically for smallpox, even though for ethical reasons the tests that were conducted, and that led to approval, involved only monkeys and rabbits, so the virus that was actually studied in the drug trials was actually monkeypox, not smallpox," Halkitis noted.

The upshot is that "TPOXX is not intended to treat monkeypox, and it's not meant to be prescribed that way," he explained.

Red tape in getting TPOXX

There is, however, a way around this roadblock. It's called "off-label use," which the FDA defines as the "unapproved use of an approved drug" to treat a disease that the medicine in question was never expressly approved to treat, and/or dispensing it in an unapproved form or dosage.

The U.S. Centers for Disease Control and Prevention does allow doctors to prescribe TPOXX off-label to monkeypox patients on the basis of "compassionate use" rules that govern investigational new drugs.

But in practice, patients battling severe and debilitating viral symptoms have often found a dearth of information, widespread confusion and reams of red tape standing between them and the only relief available.

"I have one friend who got monkeypox in Fort Lauderdale who went to an ER and was told he couldn't get it," said Watson. "But I have another friend, also in Fort Lauderdale, who was able to get it directly from their Public Health Department.

"Also, in San Francisco I have a friend who has been struggling with lesions for three to four weeks now, and he's tried every possible avenue to get TPOXX and just can't," he said. "But another friend in the same city was able to get it from a clinic -- the same clinic that turned my other friend down."

In his case, Watson noted that when he was first diagnosed TPOXX was never even mentioned as a treatment option by his doctor or by the Chicago Department of Health.

"I had friends in New York who had monkeypox before I did, so they told me about it," he noted. "But they also warned me that it was going to be very hard to get, and that I'd need to try and find an infectious disease doctor who would be willing to do it."

So Watson headed straight to the ER at Chicago's Northwestern Medicine. There he was informed that the hospital had no TPOXX on hand because all of the local supply was held by the city's health department, which would only courier it over if and when approval came through. And that approval, he was warned, "would involve a lot of paperwork."

In his case, Watson said, that amounted to roughly 130 pages of preapproval authorization forms that needed to be completed by the dispensing facility, alongside physician resumes, photographic documentation of his condition, lab tests and signed informed consent documents.

"When they saw my symptoms, how bad I was, they did start the process," Watson said. "But I didn't even speak to the infectious disease doctor until the next day, and nobody was sure how long it would take. So I had to be admitted, while they figured it out."

None of that sits well with Halkitis.

"I'm not going to just poopoo the FDA for all of this, because it's true that they are trying to protect us," Halkitis acknowledged. "That's their job. But at the same time we're in the middle of an emergency, and to any logical human being none of this makes sense. This endless amount of paperwork, overregulation and bureaucracy."

It's a critique that has not gone unnoticed at either the FDA or the CDC.

For one thing, roughly a week after Watson went to the ER, the agencies partnered to loosen the TPOXX approval process, streamlining and reducing the paperwork involved; giving patients a new option to seek the drug via online doctor visits, and allowing dispensing facilities to submit their approval forms after treatment is launched, so long as patient consent is obtained first.

Since then, the Biden administration has declared monkeypox to be a public health emergency. And in the Aug. 3 issue of the New England Journal of Medicine, leading infectious disease experts from the FDA, the CDC and the U.S. National Institute of Allergy and Infectious Diseases published a collective letter that offered a detailed explanation of the rationale behind both the regulations that initially governed how TPOXX is prescribed and the subsequent relaxation of the rules.

In it, the authors acknowledge that "monkeypox can cause severe disease and that tecovirimat has been shown to have efficacy in animal models of monkeypox and an acceptable safety profile in healthy people." Efforts to ease access will continue, they added, even as they stressed the need for more research to get a better grasp on exactly how safe and effective the drug is among human monkeypox patients.

For Watson -- now fully recovered -- the results are already in.

He was lucky -- he got on TPOXX within 48 hours of trying. And just 12 hours after taking the first dose of a 14-day regimen, "the lesions that hadn't yet formed into actual pustules just kind of stopped mid-track," he said. His throat swelling subsided, allowing him to eat soft foods again. The only side effect was extreme fatigue, which lifted once he finished his course.

"And every friend who has been able to get it says it has helped a lot," Watson stressed. “It's stopped their severest symptoms, and cut down their healing time."

Yet, Watson cautions that despite the CDC's easing of the rules, the people he knows continue to battle "a process that still seems very much like a roll-of-the dice. It's still very hard to get TPOXX. To some extent, it doesn't always matter how persistent you are. It seems to depend on where you are and who you ask. If you're not very lucky, you're going to just keep hitting walls. And then maybe stop even trying."

All of which, says Halkitis, amounts to a failing grade for the federal response to an emergency that the country should have seen coming.

"Look, I understand that this is a challenging issue," Halkitis said. "But the thing is I believe quite frankly that we're now in an era of pandemics. This is going to continue to happen. But we dropped the ball, and we have to admit that the way TPOXX was handled -- and the vaccine as well -- was a mistake, and points to the structural problems we have with a health care system that is really under stress.

"So, the U.S. can either decide right now that it's going to rethink its strategy around this and around the entire response we have to pandemics, or we're going to keep reliving these mistakes," he said.

There's more on monkeypox and the TPOXX treatment at the U.S. Centers for Disease Control and Prevention.