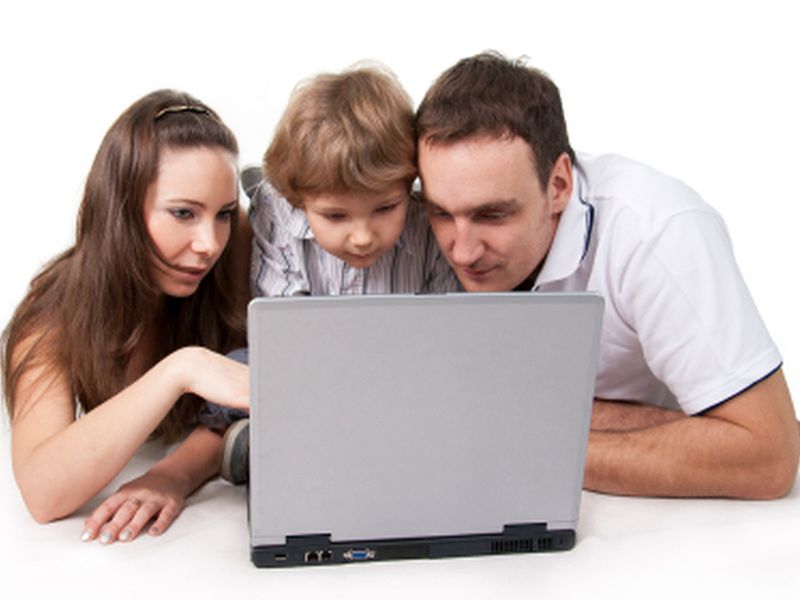 Too Much 'Screen Time' Could Slow Your Toddler's Language Skills: Study

Everyone is glued to some sort of media these days, but for young kids, that screen time could delay or limit their language skills, a new research review suggests.

"Our findings are really consistent with the guidelines from the American Academy of Pediatrics [AAP], and the bottom line is that kids should use screens in moderation and parents should try to prioritize using screens together with their kids," said the study's lead author, Sheri Madigan. She's a child development expert from the University of Calgary in Alberta, Canada.

Madigan also noted that for kids under 2 years of age, there's little benefit to any screen time, even educational viewing.

"The majority of language learning [in the youngest children] comes from caregivers talking to children. It's called a serve-and-return interaction, and that's when children learn language the most," she said. What's a serve-and-return interaction? Think of a very young child who gets excited at seeing a dog. The parent notices that enthusiasm and says, "Yes, that's a dog. Dog." That simple act helps a child learn language, but screens don't provide the same response to a child's interest.

Madigan's review did find that educational programming was associated with stronger language development in children over 2, however. But she said the quality of the media really matters, and shows like "Sesame Street" or "Dora the Explorer" that pause and let children respond, are probably better at fostering language skills.

And, ideally, Madigan said, parents will be viewing these programs with their kids and helping reinforce some of what they're learning.

The review also found that TV's left playing in the background appeared to have a detrimental effect on language development in little ones.

The researchers combed medical literature for studies on screen time and children's language development from 1960 through March 2019. The review ultimately included 42 studies with a total of almost 19,000 kids under age 12. Only two studies included mobile devices. Many focused on TV viewing, Madigan said.

The review found a strong association between more time with screens and lower language skills. Because the studies were varied, however, the review couldn't pinpoint how much time -- say, more than an hour a day -- was linked to reduced language skills. But it appears that the more screen time a child has, the greater the potential impact on language skills.

Madigan advised parents -- particularly those now at home with their kids, searching for something to do -- to come up with a family media plan.

"Follow the AAP guidelines as much as possible. When developing a media plan, decide how, when and how often devices will be used so you can balance digital media use in the home," she suggested. "Screens can be used positively, but they should be used in moderation, and whenever possible, co-view with your children. And, prioritize your off-line interactions."

"If screen time is misused, children are less likely to be conversing with adults and other children. But screen time can be part of a parent's tool kit -- it's a technological tool, but you have to have balance," he said.

During this unprecedented time when schools are closed and parents are sometimes expected to act as their children's teacher, it may be tempting to let the screen time rules fall by the wayside, or to ban screens altogether.

"Parents don't need to run away from screens. They can be part of the learning experience," Ortleib said. "There is a lot of curriculum content online that's tailored to children's ages. It's much like when radio was first invented. It wasn't always used for educational purposes, but now we have so many educational podcasts."

However, in kids who haven't developed language yet, Ortleib said screen time "could provide too much stimuli." Little brains can't sort out what's important, he said.

"Having them passively get information from screens doesn't work," she said. "Kids need interaction and positive reinforcement."

And, for kids of any age, screen time shouldn't replace interactive play and connection, she said.

One exception to screen time rules should be any type of video conferencing that lets you connect to loved ones you can't be with, Buetti-Sgouros said.

"Things like FaceTime or Skype are interactive, and now with everyone practicing social distancing, could really be positive. Unlike a pre-recorded program, a child speaking to grandparents can see their expressions and interact with them," she said.

The study was published online March 23 in JAMA Pediatrics.

Learn more about creating a family media plan from the American Academy of Pediatrics.