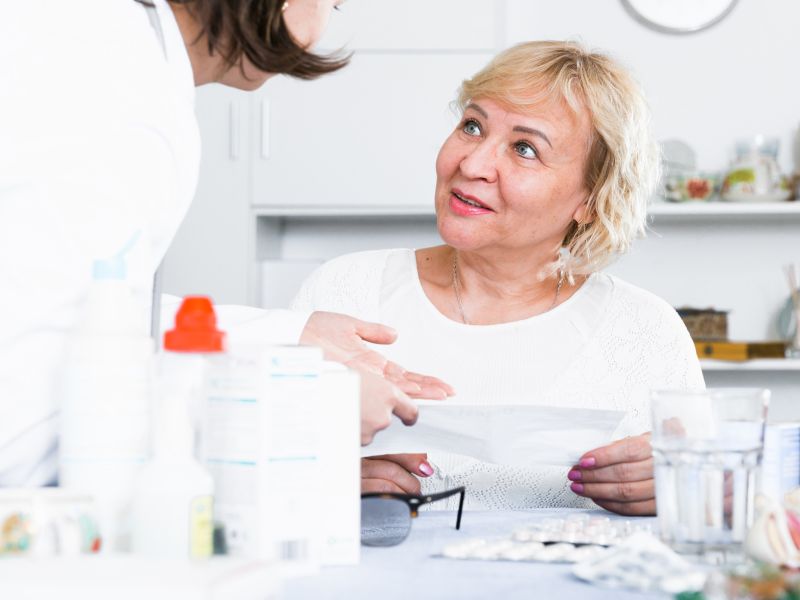 A significant number of older women with breast cancer may have genetic mutations that put them at risk of additional cancers, particularly ovarian cancer, a new study finds.

The researchers said that as many as one in 40 postmenopausal women with breast cancer before age 65 has a mutation in the BRCA1 or BRCA2 genes.

Currently, the guidelines emphasize genetic testing in women who have a strong family history of these mutations. A well-publicized risk group is women of Ashkenazi Jewish descent. These women face about a 2.5% increased risk of having these mutations, study author Dr. Allison Kurian said.

"Most women survive breast cancer, and a healthy woman may live quite a while after breast cancer treatment. Could this person get breast cancer again? What about ovarian cancer? I think this risk should be discussed with them," Kurian said. She's an associate professor of medicine and epidemiology and population health at Stanford University, in California.

Kurian said in addition to family history, doctors often take age into account when deciding whether or not to suggest genetic testing.

From that larger group of women, the researchers compared nearly 2,200 women who were diagnosed with breast cancer to just over 2,300 women without the disease. The average age of women with a breast cancer diagnosis was 73.

Robert Smith, the senior vice president for cancer screening at the American Cancer Society, said this was an interesting study that suggests there may be value in testing this older group of women who've already had breast cancer.

"The guideline-developing groups will look at this information to help inform their recommendations. This study will have to be put into context with other studies, but this data suggests this [genetic testing in postmenopausal women with breast cancer] is something to consider," Smith said.

Kurian said the test isn't expensive. She said the usual out-of-pocket cost for someone with insurance is about $100. For women without insurance, she said the cost is about $250 or less.

The study was published March 10 in the Journal of the American Medical Association.