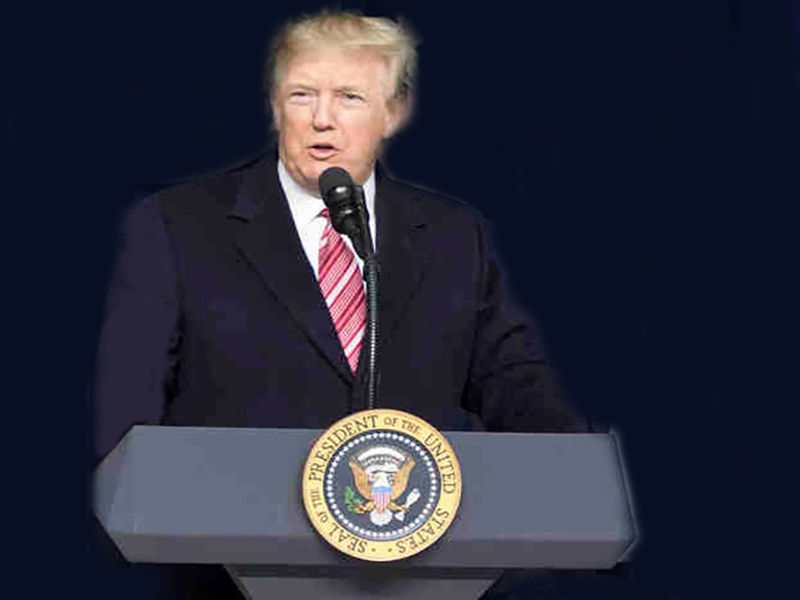 Births of Boys in Liberal Areas of Canada Fell After Trump Won: Study

Experts have long known about a quirky postscript to stressful events like earthquakes and terrorist attacks: The ratio of boys and girls born temporarily turns upside down.

The percentage of boys born in Canada's most populous province tumbled in the year after Trump's election. The short-term shift only affected politically liberal-leaning areas, not conservative ones, the study found.

"The unanticipated outcome of the 2016 U.S. presidential election may have held unrecognized implications for the populations of other countries, where its perception as a societal stressor may have impacted the sex ratio at birth in the months thereafter," the researchers reported in the March 3 online issue of BMJ Open.

Normally, more boys than girls are born. But stressful events like natural disasters and terror attacks during pregnancy are typically followed by a drop in the proportion of boys to girls born three to five months later.

The 2001 terrorist attacks in the United States, bombings in Madrid and London in 2004 and 2005, and the 2011 killings in Norway all followed this pattern. The Canadian team wondered if it would hold in the wake of a U.S. election outcome widely viewed as unexpected and stressful by some.

For the study, Dr. Ravi Retnakaran, an associate member of the Lunenfeld-Tanenbaum Research Institute at the University of Toronto, and a colleague reviewed data on births in Ontario before and after Trump's victory over Democrat Hillary Clinton.

Between April 2010 and October 2017, about 1.08 million babies were born in the province, the authors noted in a journal news release.

After adjusting for seasonal factors, which are known to affect sex ratios, the lowest proportion of boys-to-girls occurred in March 2017. That's consistent with the three- to five-month window associated with a stressful event.

The authors acknowledged that their study doesn't prove cause and effect. In addition, they noted that individual mothers' politics were unknown.

The World Health Organization has more on sex ratio at birth.