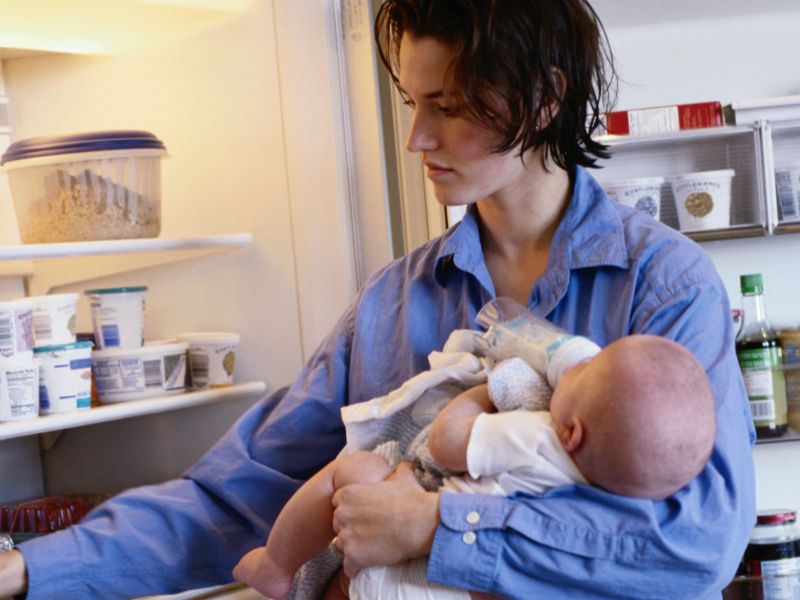 Where 'Superbugs' Lurk in Your Home - and How to Stop Them

Researchers have learned more about how a "superbug" infection can infiltrate your home -- and they have some suggestions for protecting your family.

Armed with swabs, investigators made several trips to homes where a child had come down with an infection caused by methicillin-resistant Staphylococcus aureus, or MRSA.

They found that the bacteria commonly ended up in places like bathroom sinks, refrigerator door handles, bed sheets and TV remote controls. It also ended up on family members: Over the course of a year, almost half of people in the household were found to harbor MRSA at least once -- though they often developed no symptoms.

MRSA, a so-called superbug, resists many of the antibiotics commonly used to treat staph infections.

In otherwise healthy people, MRSA usually causes skin lesions -- generally resembling a pus-filled bug bite. But if it invades the body, it can lead to potentially fatal illnesses like pneumonia and bloodstream infections.

In 2017, nearly 120,000 Americans developed bloodstream infections caused by staph bacteria, and roughly 20,000 died, according to the U.S. Centers for Disease Control and Prevention.

Staph infections caused by MRSA were once rare and limited to patients in hospitals and nursing homes. But starting in the 1990s, a rise in antibiotic resistance spurred a sharp increase in "community-acquired" MRSA infections among healthy people.

Often, those infections are related to contact sports, or spread among people living in crowded quarters, such as military barracks or prisons.

But the new findings underscore how households are an important incubator, too, said lead researcher Dr. Stephanie Fritz, a pediatric infectious disease specialist at Washington University in St. Louis.

"I see many children [with MRSA] who come in with recurrent infections," said Fritz. "And often, multiple members of the family are affected, too."

In a previous study, her team tested a regimen to battle such recurrent infections by "decolonizing" the MRSA patient and everyone living in the house, with topical antibiotics and education on hand-washing and general hygiene.

"We found that, yes, it reduced recurrent infections, but they were still happening," Fritz said.

That, she explained, suggested that factors beyond person-to-person contact -- including bacteria lurking on household surfaces or pets -- were key.

So for this study, the researchers visited 135 homes where a child had a MRSA infection. Over one year, they returned five times to swab surfaces, people and pets for evidence of staph bacteria, both MRSA and other strains.

During that time, three-quarters of household members were found to harbor staph at some point -- with 46% carrying MRSA. Often, the colonization was not "innocuous," Fritz said: Of 671 staph carriers who had a follow-up visit, one-quarter said they'd developed a skin infection.

And it turned out that numerous household surfaces were frequently hosting staph. Bathroom sinks and countertops, refrigerator door handles, TV remotes, computer keyboards, and bed sheets and bath towels (especially those used by the original MRSA patient) were some prime reservoirs.

How long can staph live on surfaces? Based on past research, possibly months, Fritz said.

Luckily, the study also turned up good news -- namely, factors that curbed the odds of MRSA transmission or introduction of new strains into the home: keeping the house clean of clutter and "grime," frequent hand-washing, not sharing personal items like razors or toothbrushes, and showering instead of bathing.

None of that is surprising, according to Dr. Trish Perl, chief of infectious diseases at the University of Texas Southwestern Medical Center.

"But this is a cool study," said Perl, a member of the Infectious Diseases Society of America who wasn't involved with the research.

"It really identifies how important the home environment can be," she said. "It gives us some numbers, and captures the relative importance of different factors in the home."

When someone is diagnosed with MRSA, doctors already advise tactics like frequent hand-washing, not sharing personal care items, and being stricter about bath towels.

"Have the infected person use the pink towel -- everyone else gets the white ones," Perl said.

But, she added, this study suggests it might be wise to do more of a spring cleaning -- even wiping down remote controls and keyboards.

You might want to give the dog a bath, too: One-third of household pets in the study harbored MRSA at some point.

They usually got it from their human companions, Fritz said -- but pets could still act as a transmission source among family members.

The findings were published online Nov. 21 in the journal Lancet Infectious Diseases.