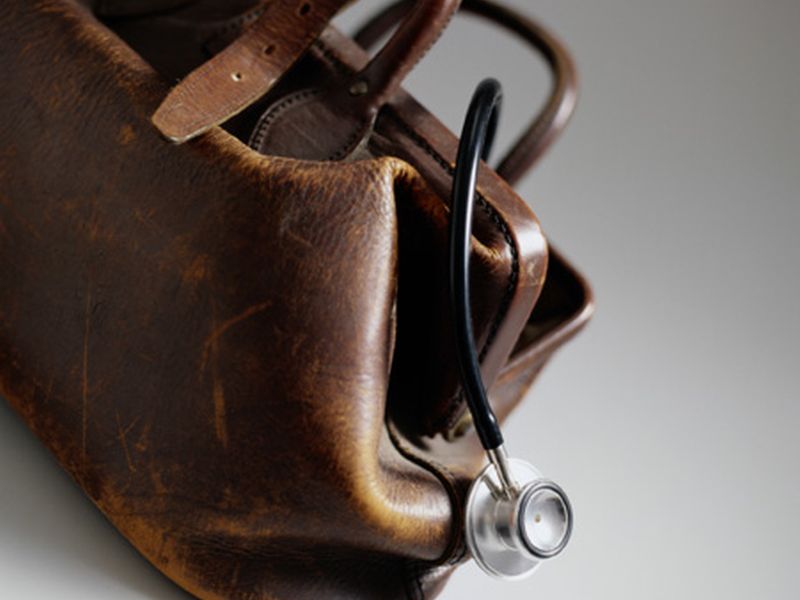 The United States just received its annual checkup, and the news isn't good.

Life expectancy has declined over the past three years, driven down by increasing rates of suicides and drug overdoses.

Electronic cigarette use among teens nearly doubled in the last year, increasing the risk of addiction for an entire generation of Americans.

And only about half of uninsured babies have received their recommended vaccinations, leaving them vulnerable to preventable infectious diseases.

Those are some of the major observations from Health, United States, 2018, an annual report by the U.S. Centers for Disease Control and Prevention's National Center for Health Statistics (NCHS).

Life expectancy at birth was 78.6 years in 2017, a number that has slipped in recent years, the report stated.

The decrease in life expectancy is being driven by more deaths among younger Americans, said report co-author Renee Gindi, chief of the analytic studies branch in the NCHS.

"If you have more younger people who are dying, that's going to bring down life expectancy," Gindi said.

Those deaths are linked to two other highlighted statistics: increased deaths due to suicide and drug overdose.

The death rate from drug overdoses in America also underwent a dramatic 82% increase during the decade, from 11.9 to 21.7 deaths per 100,000 people.

"We're seeing the increase in drug overdoses and suicides among younger adults, where we don't see large death rates among those groups," Gindi said. "Certainly that is a contributor to the decline in life expectancy."

Another problem is that progress has slowed in the fight against heart disease, which stands next to cancer as the two major causes of death in the United States, Gindi added.

"That rate of decline in deaths related to heart disease used to be steeper, and actually it's falling off and becoming more stable since about 2011," Gindi said. "Because it's such an important contributor to overall mortality in the U.S., even though it's still coming down, because it's leveled off we're seeing the life expectancy continue to come down because we're seeing increases in some of the younger age groups."

Any attempt to improve life expectancy in the United States is going to require addressing the despair driving people to drug use and suicide, said Lori Tremmel Freeman, chief executive officer of the National Association of County and City Health Officials.

"We focus too little on the overall health impacts of the non-medical component of our environment," Freeman said. "Things like poverty and housing and poor education and disparity -- all of those non-medical issues are things we have to take into account and address."

Despair might be partially driven by health care costs, which continue to escalate.

Personal health care expenditures increased 3.8% between 2016 and 2017, and now amount to almost $3 trillion, the researchers said.

It's too much for some to take. For example, just over 16% of adults living below the poverty line either delayed or did not receive needed medical care because they couldn't afford it, compared with 5% of people making more than 400% of the federal poverty level, the report found.

Another alarming stat regards e-cigarette use among teenagers, which leapt to nearly 21% in 2018 from just under 12% the previous year, the new report stated.

"Overall use of tobacco products hasn't changed among teens, but the use of e-cigarettes has really increased substantially," Gindi said.

And, Freeman said, kids who get hooked on nicotine through e-cigarettes are more vulnerable to addiction. They'll need special attention as they grow older to make sure they don't get hooked on smoking or drugs.

"We are cutting off the availability of the flavored e-cigarettes, but we are left with a population of young adults and kids who are addicted and will need services to overcome their addiction so they don't translate that into some other addiction," Freeman said.

Health officials are also struggling to prevent the spread of measles, whooping cough and other infectious diseases through vaccination, the report showed.

In 2017, about 48% of uninsured toddlers had been given all their recommended vaccinations, significantly lower than vaccination rates among kids covered by private insurance (76%) or Medicaid (66.5%).

The number of kids with no health insurance did decrease 3.8 percentage points, to 5.2%, between 2007 and 2018, the researchers reported.

While not helping, the anti-vaccine movement in America is not the main cause of this, Freeman noted.

"We know it's really being driven by vaccine hesitancy, and some of that is easily addressed if we can work with parents before they even have a child, explaining the importance of the vaccination schedule to help your child live a long, healthy life," she added.

The report is not all bad news.

However, public health officials are concerned this progress could be endangered by continued attacks on Title X family planning funding, Freeman said.

"If you want to continue to see that trending down in teen pregnancy, we have to maintain the high levels of education, primary prevention services and access to contraception," Freeman said.

Another positive trend involves the continued decline in the infant mortality rate. Infant death rates have dropped by more than fivefold since 1950, and now stand at 5.8 infant deaths per 1,000 live births.

But there's a dark side to that as well, Freeman noted.

"There are still a lot of inequities that exist across a lot of the measures," Freeman said.

The U.S. Centers for Disease Control and Prevention has more about drug overdose deaths.