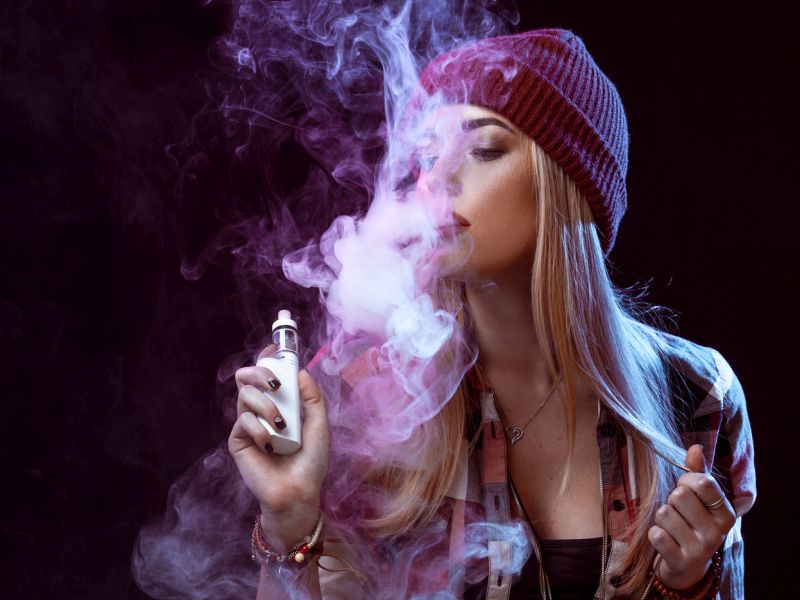 Sheep Study Shows a Stuffy Side Effect of Vaping

Got a stuffy nose? If you vape, that might be why.

Research in animals suggests vaping makes it harder to clear your nose of mucus, a new study reports.

Experiments in sheep showed electronic cigarette vapor can cause a condition called mucociliary dysfunction, which makes it harder to move mucus or phlegm. Sheep were chosen because their airways work like human airways.

The report was published online June 7 in the American Journal of Respiratory and Critical Care Medicine.

"Vaping with nicotine is not as harmless as commonly assumed by those who start vaping," senior author Dr. Matthias Salathe said in a journal news release. He noted that a single session of vaping can deliver more nicotine to the airways than one cigarette.

Salathe is chairman of internal medicine at the University of Kansas Medical Center in Kansas City.

Researchers noted that a recent report showed that young people who vape have a higher risk of developing chronic bronchitis, which increases phlegm.

"At the very least, [vaping] increases the risk of chronic bronchitis," Salathe said.

The U.S. National Institute on Drug Abuse has more about e-cigarettes.