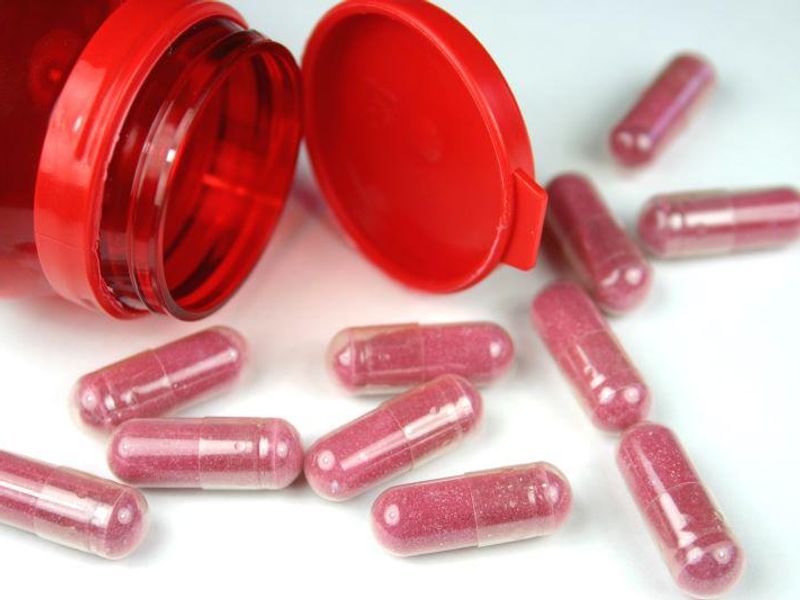 “Compared to placebo, none of the supplements had a significant decrease in LDL cholesterol,” said lead researcher Dr. Luke Laffin, co-director of the Cleveland Clinic's Center for Blood Pressure Disorders.

In fact, two of the supplements made matters worse, Laffin said during a presentation on the findings Sunday at the American Heart Association's annual meeting, in Chicago. The study findings were published Nov. 6 in the Journal of the American College of Cardiology.

The clinical trial also demonstrated that statins are incredibly effective in lowering cholesterol.

The statin also caused none of the side effects usually cited by people reluctant to take the meds.

“There were no musculoskeletal complaints, no neurological complaints, no significant elevation in liver function tests and no meaningful change in glucose as well,“ Laffin added. “So very, very safe.”

Laffin said he used the findings just last week in a conversation with a man who was taking three or four of these supplements as well as a statin.

“I said, why are you taking this? Why are you taking that? And he said, 'well, you know, one of my buddies in the locker room told me about it,'” Laffin said. “I said, well, you don't have to. It's not doing anything. And he turned to his wife and said, 'OK, I guess you were right, honey.'”

Supplements are a nearly $50 billion industry in the United States, and about one in every five people using supplements take them to promote heart health or lower their cholesterol, Laffin said.

To see whether these supplements make any difference, Laffin and his colleagues randomly assigned about 200 people aged 40 to 75 to take either a low-dose statin, a placebo or one of the six supplements for a month.

Dietary supplements are poorly regulated in the United States, and people taking them run the risk of having a dangerous interaction with one of their prescribed medications, Laffin added.

“Cardiologists, primary care physicians and others really need to use these results to have evidence-based discussions with patients. This is a $50 billion a year industry where our patients aren't getting benefit,” Laffin noted.

But the Council for Responsible Nutrition, which represents supplement makers, took issue with the findings.

The study "completely misses the point of supplementation by comparing the effects of a prescription drug to dietary supplements in a short-term study. Dietary supplements are not intended to be quick fixes and their effects may not be revealed during the course of a study that only spans four weeks, particularly on a multifactorial condition like high cholesterol. This is a major — and author-acknowledged — limitation of the study," Andrea Wong, senior vice president of Scientific and Regulatory Affairs at the council, said in a statement.

“Even more perplexing is the researchers' selection of the supplements in the study," Wong added. "While all the supplements included in the study are well-recognized for their benefits related to heart health, only three are marketed for their cholesterol-lowering benefits. The other ingredients are better known for their effects on other health outcomes (like improvement of triglycerides or insulin modulation), so it is unclear why they were chosen to be assessed for their effects on LDL cholesterol."

Wong noted that "supplements are not intended to replace medications or other medical treatments. Instead, they support and maintain health, and in conjunction with a healthy diet, physical activity and regular check-ups with a health care professional, they can help reduce disease risk.”

But Dr. Janani Rangaswami, director of the cardiorenal program at George Washington University in Washington, D.C., said the new study provides doctors the means to help patients understand the value of statins versus supplements.

“These data are so important and will really help you and I, and others, sit and show this to our patients and say, 'Here's what you're getting for your money,'” Rangaswami said. “The benefit even with low-dose rosuvastatin is way more impressive than all these other supplements and placebo.”

Still, Laffin doubts the findings will change the minds of people committed to taking supplements by the handful.

“But this is about the vast majority of folks,” Laffin said. “You're a 65-year-old woman who has been told by her primary care doctor that you should consider taking a cholesterol medicine. And rather than fill that prescription because she's read something on the internet, she goes down the aisle and picks out XYZ supplement.”