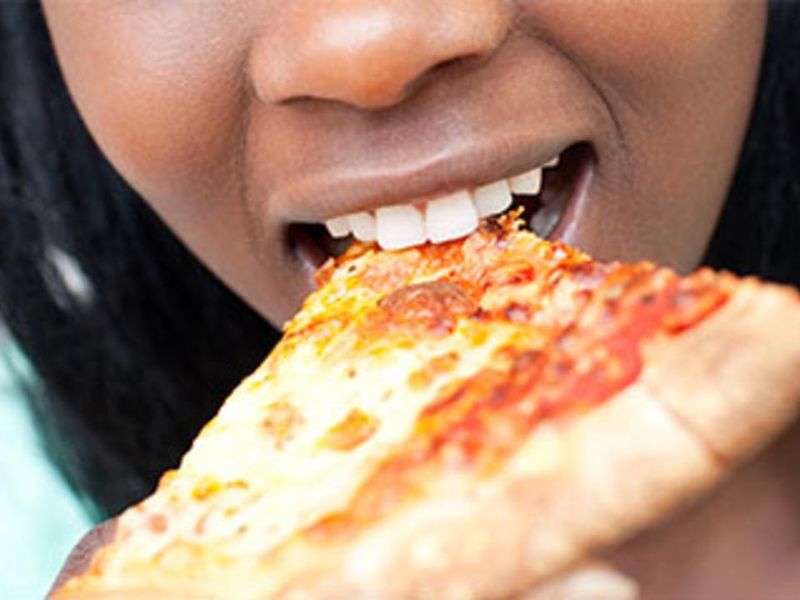 Kids who are deprived of sleep tend to eat more calories the next day, researchers found. And some of those extra calories come from less-healthy, sugar-laden snacks or treats.

"When children lost sleep, overall they ate an extra 74 calories per day, caused by an increase of 96 calories per day in non-core foods such as crisps and chocolate, which potentially increases the risk of obesity," said Jill Haszard, a biostatistician at the University of Otago in Dunedin, New Zealand.

"Such a difference could easily explain why not getting enough sleep increases the risk of obesity in children," she said in a university news release.

The findings were independent of any changes in sedentary time and physical activity, which might have explained why kids were eating more.

For the study, the researchers analyzed data from the DREAM (Daily Rest, Eating and Activity Monitoring) trial. It included 105 kids between 8 and 12 years of age with a range of body sizes. About 61% were considered normal-weight. The rest were overweight or obese.

Participants went to bed an hour earlier for one week, had a week of normal sleep and then went to bed one hour later for a week.

Twice a week, kids were also asked what food and drink they had consumed during the previous 24 hours.

The 82 children with complete data lost 48 minutes of sleep a night, but also woke up eight minutes less on average, the study found. The extra time awake included 31 sedentary minutes; 21 minutes of light activity, and four minutes of vigorous activity.

Overall, the tired kids ate an average 74 extra calories per day and 96 more in treats. Fewer calories came from core foods important to a healthy diet.

After accounting for the increased energy needed to be awake longer in a day, the changes were linked to eating 63 more calories per day on average.

"Together, these experimental findings show that changes to dietary intake, not reductions in physical activity, explain why not getting enough sleep increases the risk of overweight and obesity in childhood," said DREAM study leader Rachael Taylor, also from the University of Otago.

"Although improving our sleep doesn't usually come to mind first when we think of managing our weight, it might just be a good option," Taylor said in the release.

Researchers said further study will be required to determine whether sleep is a good intervention for improving diet and weight over time.

"Finding ways to improve healthy sleep habits including reading or a bath before bed may help children to extend their sleep time to the recommended 10 to 11 hours per night and reduce the risk of overweight and obesity," Haszard said.

The findings were presented at the International Congress on Obesity, Oct. 18-22, in Melbourne, Australia. Findings presented at medical meetings are considered preliminary until published in a peer-reviewed journal.

The U.S. Centers for Disease Control and Prevention has more on childhood obesity.