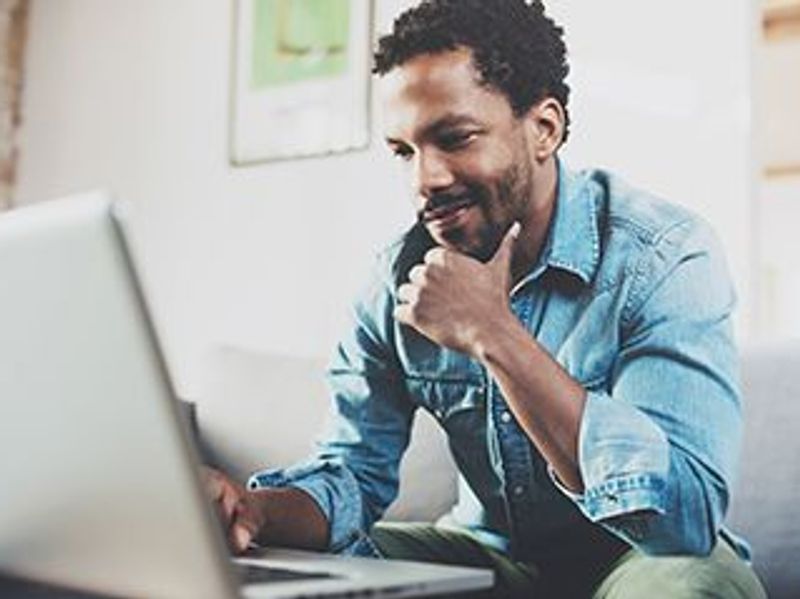 Staring at a computer screen endlessly can lead to dry, irritated, tired eyes and headaches.

But there's a quick fix.

Just look away from the screen every 20 minutes. Do this for at least 20 seconds, and look about 20 feet in the distance.

Experts have suggested the 20-20-20 rule for a long time. Now, researchers have validated its usefulness in a study that used special software to monitor participants' gaze for two weeks.

“Although we used sophisticated software, it's easy for others to replicate the effect by setting a timer on their phone, or downloading a reminder app,” said study author James Wolffsohn. He is a professor of optometry at Aston University in Birmingham, in the United Kingdom. “It's a simple way of reminding yourself to take regular breaks for the good of your eyes.”

A lot of people sit at computers every day for work. At least half have some form of digital eye strain, the researchers said. That may be because humans typically blink about 15 times a minute, but when looking at a screen that drops by about half.

Spending just 20 seconds focusing elsewhere is long enough for the eyes to relax and reduce the strain.

For the new study, researchers from Aston's College of Health and Life Sciences worked with 29 participants who were experiencing eye strain.

Study participants used their own laptops, after researchers installed software that enabled them to monitor users' gaze direction every few seconds.

The software was designed to flash a message every 20 minutes, asking users to rest for 20 seconds while looking at any target around 20 feet away. The message stayed until the task was performed correctly, as measured by the app.

The researchers measured participants' digital eye strain symptoms before and after two weeks of using the reminders. They measured again one week after the study was complete.

Eye symptoms such as dryness, sensitivity and discomfort markedly decreased.

“The one previous study merely asked people to carry out the suggestions; but here the access control on the software meant we could be sure that participants really had looked away every 20 minutes. We saw a consequent improvement in the symptoms of the group as a whole,” Wolffsohn said in a university news release.

The researchers now plan to do longer studies to see whether they can instill muscle memory so people will blink more often without digital reminders.

The American Academy of Ophthalmology has more on eye strain.