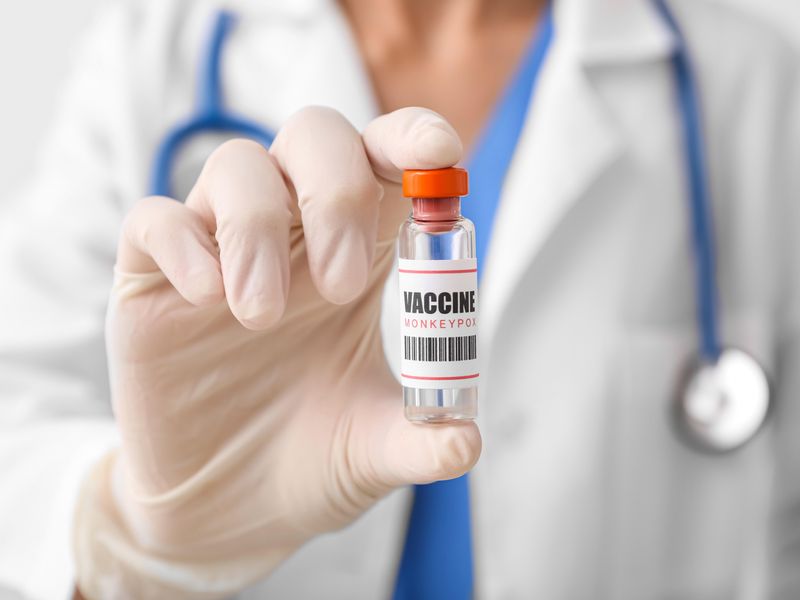 The Biden Administration on Thursday declared the monkeypox outbreak a public health emergency, a move intended to dramatically ramp up the fight against the spread of the virus.

“We're prepared to take our response to the next level in addressing this virus, and we urge every American to take monkeypox seriously and to take responsibility to help us tackle this virus,” U.S. Department of Health and Human Services Secretary Xavier Becerra said during a media briefing on Thursday.

The number of reported monkeypox cases has grown to just over 6,600 in the United States, up from less than 5,000 a week ago, Becerra said. The viral disease varies in severity but is rarely fatal and typically requires close physical contact for transmission. In the United States the vast majority of cases have occurred among men who have sex with men.

The new declaration is expected to increase public awareness and education around monkeypox, give public health officials greater flexibility in deploying manpower and resources, and increase testing and data-tracking of cases, said Dr. Rochelle Walensky, director of the U.S. Centers for Disease Control and Prevention.

The emergency declaration also has prompted the U.S. Food and Drug Administration to seriously weigh a “dose-sparing” approach for Jynneos, the only vaccine approved to protect against monkeypox, FDA Commissioner Dr. Robert Califf announced at Thursday's briefing.

“We're considering an approach for the current doses of Jynneos that would allow health care providers to use an existing one-dose vial of the vaccine to administer a total of up to five separate doses,” Califf said, noting that the “goal has always been to vaccinate as many people as possible.”

The U.S. government has delivered more than 600,000 Jynneos doses to locales in the midst of monkeypox outbreaks, Becerra said.

But estimates suggest there are as many as 1.7 million people at the highest risk for contracting monkeypox right now, Walensky said.

These include people living with HIV and gay and bisexual men, who constitute the “population we have been most focused on in terms of vaccination,” Walensky said.

Under dose-sparing, doctors would perform a shallow injection between the layers of the skin -- an intradermal shot -- rather than the usual subcutaneous injection that reaches beneath the skin, Califf said.

“There are some advantages to intradermal administration, including an improved immune response to the vaccine,” Califf said, promising that the FDA will make a final decision on the move “probably within the next few days.”

Such a move would require Becerra to make a second emergency declaration that would allow federal officials to expedite potential treatments and vaccines without going through full-fledged federal reviews, Califf said.

The World Health Organization has declared monkeypox a public health emergency of international concern, its highest-level warning. Outbreaks have been confirmed in about 70 countries where the virus has not historically spread.

According to WHO tracking data, monkeypox has now spread to about 26,000 people worldwide outside of Africa, where it has long been endemic. It is so far not linked to any deaths in the United States.

The U.S. declaration is expected to provide “access to resources and flexibilities, enabling personnel to deploy to the outbreak and potentially increase access to care to people who need it most,” Walensky said.

Officials also hope the declaration will put pressure on local jurisdictions to expand data sharing with the CDC, “so that we can have comprehensive and timely data available to inform public health decisions,” Walensky said.

“The public health emergency may provide the justification that the remaining jurisdictions need in order to sign their agreement,” Walensky said.

The more than 602,000 doses of Jynneos that have been shipped to states and jurisdictions represents “an increase of 266,000 since just last week,” HHS Assistant Secretary for Preparedness and Response Dawn O'Connell said at the briefing.

The administration also is taking orders for another 786,000 doses and started shipping them earlier this week, O'Connell added.

“We plan to open the next round of ordering on August 15, and as an important reminder, states and jurisdictions that have used 90% or more of their current allocation will be allowed to order additional doses sooner than August 15,” O'Connell said.