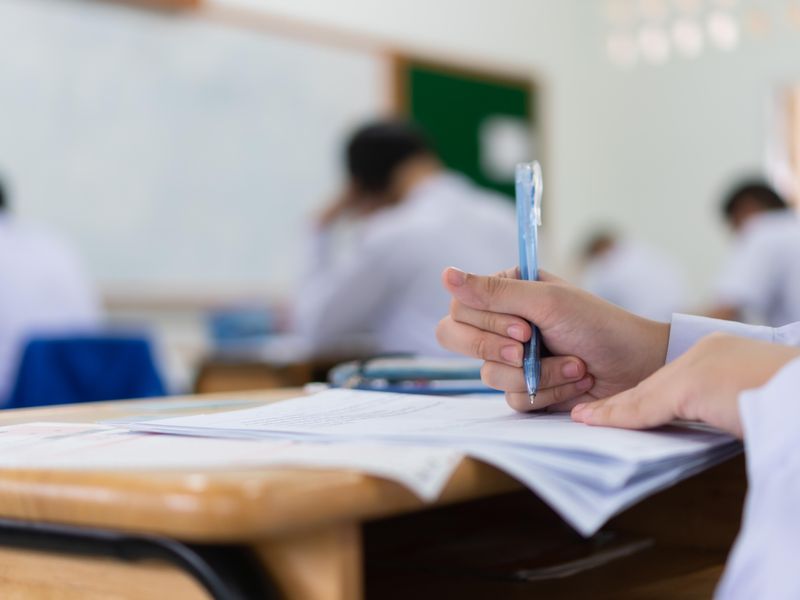 CDC Set to Ease COVID Guidance, Including for Schools

Americans could see an easing of COVID-19 social distancing recommendations as soon as this week.

Updated guidance expected from the U.S. Centers for Disease Control and Prevention would change current recommendations for schools and some other community settings, sources familiar with the plans told CNN.

"The CDC is always evaluating our guidance as science changes and will update the public as it occurs,” the agency told CNN.

Changes would include de-emphasizing the 6 feet of social distancing that the CDC has advised since early in the pandemic, both for schools and in the community. Instead, it would work to educate people on what settings are riskier based on crowds, poor ventilation and personal risks such as health issues and age, CNN reported.

For schools, the CDC would no longer recommend that students who are exposed to the virus take regular tests to stay in the classroom, an effort used since last December that was expensive for schools to do. Testing would be based instead on virus levels in the community and also on high-risk settings, including nursing homes and prisons.

An re-emphasis will be put on building ventilation to stop the spread of many respiratory illnesses, including at schools, which would be asked to make a greater effort to clean and refresh their indoor air, CNN reported.

Though the CDC is still expected to ask people who are sick with COVID to isolate, the plan would ease recommendations for someone who is unvaccinated or not up to date on shots who comes into contact with an ill person. Instead of being asked to stay home for at least five days, those individuals would be asked to wear a mask and test at least five days after being exposed to the virus.

The reasons for the changes include a high level of underlying immunity, with 95% of Americans having had the virus or having been vaccinated against it, as well as changes in public opinion about the precautions.

The CDC's recommendations are not mandates. Local government, states and school districts can set their own guidelines under these circumstances.

About 46% of the U.S. population currently lives in areas with a high level of virus in the community, according to the CDC.

The CDC has previewed these expected changes to public health officials and to educators. It is expected to make them public as soon as this week, CNN reported.

USA.gov has more on COVID-19 and related issues.