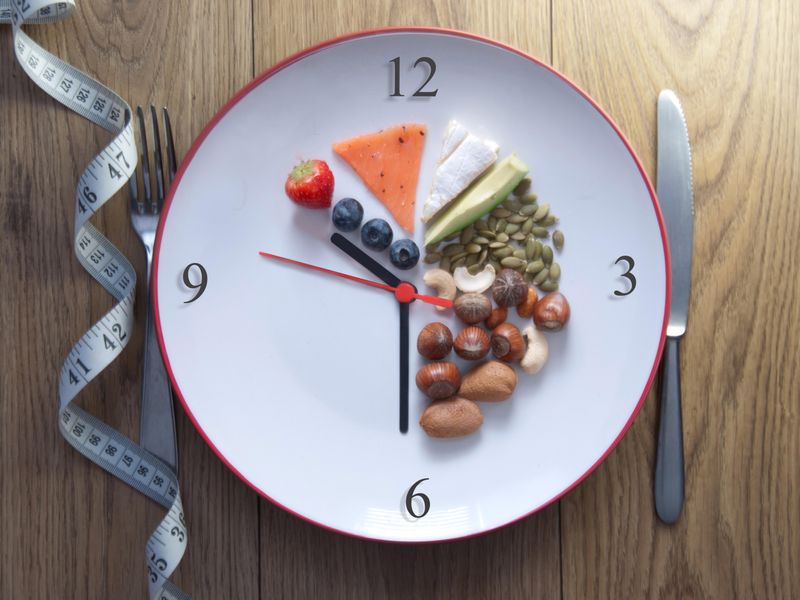 People with diabetes who restricted their eating to within a daily 10-hour window wound up with blood sugar levels in the normal range for about three hours longer than when they ate whenever they pleased, the researchers reported.

“Time-restricted eating may be an effective approach to improving metabolic health in adults with type 2 diabetes, but more studies are needed to confirm this finding,” said lead researcher Charlotte Andriessen, a doctoral student in the department of nutrition and movement sciences at Maastricht University in the Netherlands.

This study answers a question that's on the minds of many people trying to manage their diabetes, said Dr. Reshmi Srinath, director of the Mount Sinai weight and metabolism management program in New York City.

“There is a lot of interest in intermittent fasting, both in our patients with diabetes and with obesity, looking to help their metabolic health and to help them lose weight,” Srinath said. “So this is actually a really key study that's relevant to us in real time.”

For this study, 14 adults with type 2 diabetes were asked to limit their food intake to a 10-hour window each day, with the window closing no later than 6 p.m. They were fitted with continuous glucose monitoring devices that measured their blood sugar levels every 15 minutes.

The people were told to eat as they would usually do during their food intake window, with no special dietary restrictions. Outside that time, they were allowed to drink water, plain tea, black coffee and zero-calorie soft drinks.

The participants spent three weeks on this intermittent fasting diet, and then another three weeks eating as they normally would whenever they liked.

During time-restricted eating, participants wound up with normal blood sugar levels an average of 15 hours a day, compared to an average 12 hours daily when they ate whenever they wanted.

Importantly, the 10-hour eating window proved safe for the participants, who didn't experience any significant increase in hypoglycemia (low blood sugar) or other serious side effects when they fasted, the results showed.

“It really tells us that intermittent fasting is potentially safe,” Srinath said. “That's something that always comes to mind. When patients come to me, they ask, is it safe for me? Is there a greater risk of hypoglycemia? And from this study, they did use glucose monitoring and they did find that sugars were improved overall. More patients achieved normal blood sugar levels and that is a great outcome.”

Intermittent fasting also appeared to be an easy eating pattern to adopt. In fact, the participants wound up naturally falling into a 9-hour food intake window, an hour less than they were allowed, the study reports.

“Mostly, participants reported that they found the time-restricted eating regimen doable,” Andriessen said. “The most critical moments were during the weekend when they weren't allowed to eat or drink something (other than water) at parties or other social gatherings.”

“When you fast, your body first breaks down glycogen stores, which is basically sugar stored in the body,” Srinath said. “And then when those glycogen stores are gone, the body's forced to break down fats. The idea is that when you are fasting for long periods of time, there is greater efficiency” in how your body utilizes stored energy.

The findings were published July 25 in the journal Diabetologia.

Both the safety and the success of this intermittent fasting plan might be explained by the fact that it wasn't as restrictive as such fasting typically is, said Dr. Mary Vouyiouklis Kellis, an endocrinologist at the Cleveland Clinic in Ohio.

The 10-hour window “actually was pretty generous for the study because sometimes with time-restricted eating they go as far as having you eat just 6 to 8 hours,” Kellis said. “This was definitely a lot more doable.”

The fact that participants can eat whatever they want also makes the diet easier to stick with.

“Eating within a shorter window of time essentially is a form of caloric restriction, because there's only so much you can eat in 10 hours. But we also know that eating the wrong foods doesn't help, right?” Srinath said. “Eating excessive carbohydrates, eating excessive fatty or processed foods, can lead to detriments both in terms of metabolic outcomes as well as weight gain and things like that,” she continued.

“That actually can be a limitation here, in that they didn't provide dietary guidance,” Srinath said. “If they did, maybe they would have had greater significance in terms of their outcomes.”

The results of the study weren't perfect. The researchers had hoped to see participants' insulin resistance improve over the three-week fasting period, but that didn't pan out.

However, Kellis noted that the study was very brief and involved only a handful of people — a longer time spent with intermittent fasting might cause even more improvements in patients' metabolism. In addition, some of the people were on diabetic medications that could have hampered the effects of fasting.

“It's hard to tease that out, the effectiveness of time-restricted eating in terms of insulin sensitivity, from this study,” Kellis said.