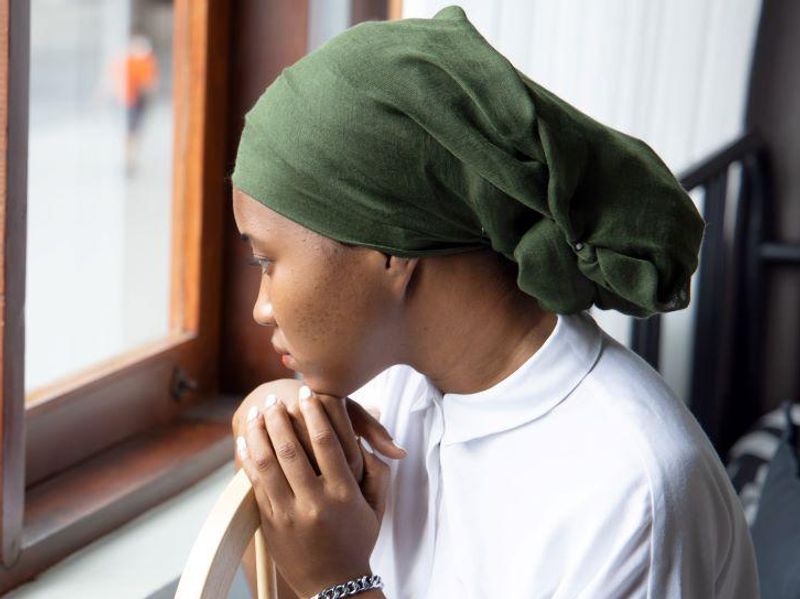 Abortion Bans Could Put Lives of Cancer Patients in Jeopardy

About one in every 1,000 women who are pregnant will wind up being diagnosed with cancer, said Lisa Coussens, president of the American Association for Cancer Research.

"It's not a trivial number, and rapid and well-informed decisions about care with a cancer diagnosis is critical," Coussens said. "Rapid access to quality care is also absolutely essential and lifesaving."

Many treatments and therapies that cure cancer can cause either miscarriage or birth defects, particularly early in pregnancy.

Radiation therapy and chemotherapy in particular can do terrible damage to a developing fetus, said Dr. Julie Gralow, chief medical officer for the American Society of Clinical Oncology.

"Chemotherapy for the most part impacts cell division, right? I mean, that's one of the main ways it kills cancer cells, because they just can't go on and divide and replicate and grow and spread. And that's what a fetus is all about, right?" Gralow said. "You've got developing cells that need to divide and grow and differentiate. And that's exactly what chemotherapy blocks."

Radiation therapy is also never given to pregnant patients, no matter where the cancer is located, noted Karen Knudsen, CEO of the American Cancer Society.

"This is putting women in really an awful, untenable situation," Knudsen said. "A woman with a cancer diagnosis would not be able to consider a therapeutic abortion, and then would have to make the decision about potentially not receiving lifesaving treatment against her cancer because of the impact on the fetus."

Balancing the life of the mother against her baby now harder

Pregnant cancer patients might also be denied access to certain cancer drugs that are known to cause miscarriages, like methotrexate or imatinib (Gleevec), Coussens and Gralow said.

Pharmacy chains like Walgreens, CVS and Walmart have all started to limit access to methotrexate in states where that drug's prescription could run afoul of abortion restrictions, according to news reports.

That's led to objections from the American College of Rheumatology, the Lupus Foundation of America and the Arthritis Foundation, since methotrexate is also used to treat autoimmune disorders.

"It's the legal teams at hospitals and pharmacies that are making some of these decisions, not doctors," Gralow said. "We're hearing about cases of people not getting their drugs renewed at the high doses we give."

Another concern is the effect that newer cancer treatments might have on the fetus, Knudsen said.

"We are in an unprecedented time in cancer care, with an onslaught of new discoveries that have allowed us to reduce cancer mortality by 32% since 1991," Knudsen said.

However, while targeted therapies and immunotherapies have revolutionized treatment for cancer, it's not known how those treatments could affect the fetus.

"Pregnant patients are not included in clinical trials, so we actually have no data on which to say whether or not it would be safe for someone who is pregnant," Knudsen said. "If the goal is to maintain a successful pregnancy, we don't know whether those new therapies could have an unintended consequence of inducing a spontaneous abortion [miscarriage]."

Because of all these questions, cancer groups are concerned that doctors might be more timid in treating pregnant cancer patients, for fear of lawsuits or criminal charges.

"Not just oncologists, but doctors everywhere are feeling they could be at legal risk if they even mention the possibility of a termination of pregnancy, much less cause one with the therapies that they're giving," Gralow said. "We're interfering with the doctor-patient relationship, which should be private and where we should be able to discuss all options."

Some cancer treatments can drastically affect a patient's future fertility, according to the American Cancer Society. More than 60,000 young adults aged 20 to 39 are diagnosed with cancer each year, and some might wish to preserve their eggs prior to treatment and use in vitro fertilization (IVF) to conceive later.

"In some states, there are laws or at least proposals that life begins at the union of the sperm and egg," Gralow said. "Think about the implications of that with respect to fertility treatment and a lot for cancer patients who might preserve embryos so they can undergo IVF after their treatment, or who may need IVF to achieve fertility after treatment."

Another unintended consequence of the Supreme Court's ruling could be a reduction in access to cancer screening for women, particularly for poor women and women of color, Coussens said.

"Health care facilities that provide reproductive health counseling, they do more than offer abortions," Coussens explained. "They provide very important cancer prevention access with regards to mammograms, Pap smears, etc. And many of these clinics are being forced to close, and access to that preventative care is now being restricted."

The American Cancer Society intends to do everything it can to limit the impact of the court ruling on pregnant cancer patients, Knudsen said.

"We will be working in the states that are considering restrictions on reproductive care to ensure that they truly understand the impact that the proposed legislation may have on cancer patients and families," Knudsen said.

The U.S. National Cancer Institute has more about treating cancer during pregnancy.