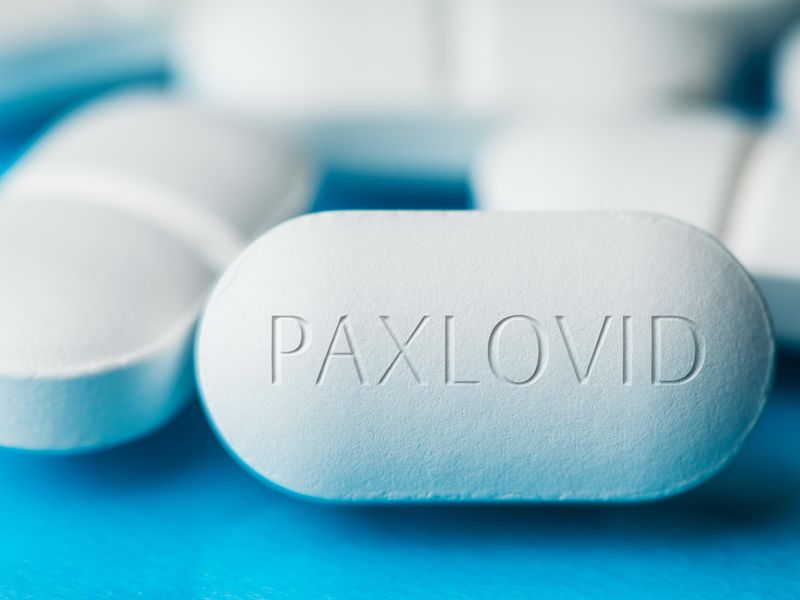 Paxlovid Cuts Odds for Hospitalization After Omicron Infection by 45%

Paxlovid appears to living up to its reputation as the Tamiflu treatment for COVID-19, maintaining its effectiveness even against emerging variants, a new study shows.

The antiviral COVID pill reduced the risk of hospitalization by 45% when administered to people infected by the coronavirus, researchers report.

The protection was lower than the 90% reduction in hospitalization found in Paxlovid's clinical trials, which took place during the Delta wave of COVID, said lead researcher Dr. Scott Dryden-Peterson, an infectious disease specialist with Brigham and Women's Hospital in Boston.

"We obviously would have loved to see that it was as protective as was seen in the trial, the 90% reduction rather than the 45% reduction," Dryden-Peterson said. "But we see a very similar reduction to that which has been observed with influenza and Tamiflu in the past."

Dr. Amesh Adalja, a senior scholar with the Johns Hopkins Center for Health Security, said the new study "provides real world evidence that Paxlovid has the ability to reduce hospitalizations and deaths in high-risk individuals even when they are vaccinated and infected with Omicron, which makes those events less frequent.

"This argues for the routine use of Paxlovid in high-risk individuals and concretizes its value as a medical countermeasure," said Adalja, who wasn't part of the study.

Paxlovid comes in a single three-pill dose. Two of the pills are nirmatrelvir, a drug that prevents COVID from spreading to uninfected cells in the body. The other pill is ritonavir, a drug that boosts the activity of antiviral medicines.

For the study, Dryden-Peterson and his colleagues tested Paxlovid in more than 30,000 people age 50 and over in Massachusetts and New Hampshire who became infected with COVID. More than 87% of the patients were vaccinated.

During the study, about 20% of those patients were prescribed Paxlovid and 80% weren't.

Paxlovid can only be prescribed to people at high risk for developing severe COVID-19.

Just 40 people (0.66%) prescribed Paxlovid wound up hospitalized within 14 days of their COVID diagnosis, compared with 232 (0.96%) of those who didn't get the antiviral, results showed.

The study shows it is worthwhile to get Paxlovid into high-risk patients within the treatment window, which is no longer than five days following onset of symptoms, Dryden-Peterson said.

"It is really pretty challenging to get it to people in time," Dryden-Peterson said. "It requires a lot of time by the nurses taking care of patients and their doctors to prescribe this medicine safely, and it takes a lot of investment."

The study is available in preprint form on the website medRxiv.

The Biden administration has tried to make Paxlovid more readily available to patients through its Test-To-Treat initiative.

People can get tested for COVID and receive Paxlovid at the same time at thousands of locations across the country under the initiative. These locations include pharmacy-based clinics, federally funded health centers, long-term care facilities, and community-based sites.

The initiative also streamlines access to Paxlovid by people who chose to get tested by their own health care providers.

The U.S. Department of Health and Human Services has more about the Test-To-Treat initiative.