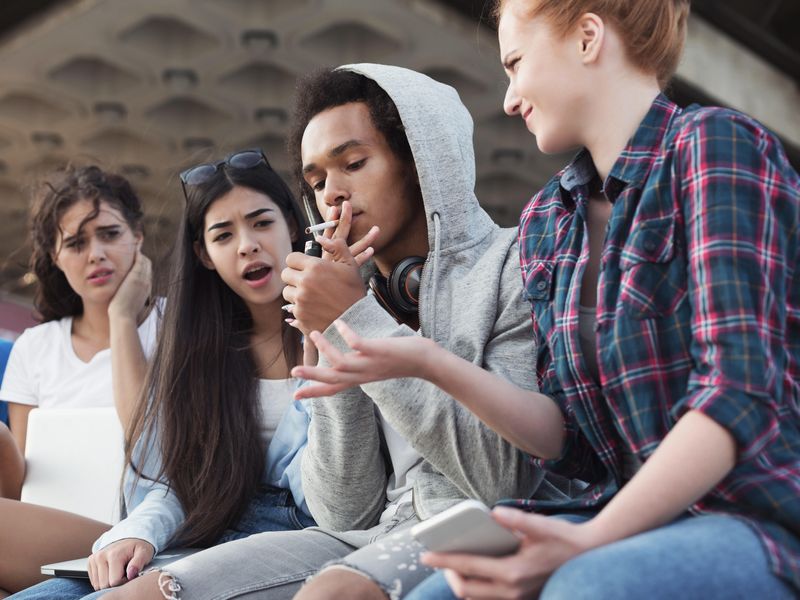 As the U.S. Food and Drug Administration weighs banning the sale of menthol cigarettes, a new study strengthens the tie between mint-flavored tobacco and teen smoking.

According to the survey, adolescents who began smoking using menthols tended to smoke an average of nearly three days more during a 30-day period than their peers who took up smoking using regular cigarettes. They also had a 38% higher risk of being a frequent smoker, and an 8% higher risk for nicotine dependency. At the same time, young smokers who switched from menthols to regular cigarettes tended to decrease their tobacco use afterwards.

"Menthol cigarettes are a really unique product. They have an almost anesthetic property to them that makes them easier to smoke," noted Andrea Villanti, an associate professor at Rutgers University in New Jersey, who studies tobacco use among young adults but was not part of the study team.

"They impart some flavor to the product as well. You can think of your experience using a cough drop when you're sick and the way it soothes your throat and reduces irritation. So, you can imagine that smoking a menthol cigarette would reduce throat irritation, allow you to inhale more deeply and allow you to smoke more, potentially," Villanti explained.

Previous studies have shown a link between menthol cigarettes and smoking at a young age, but study author Eric Leas, an assistant professor at the Herbert Wertheim School of Public Health at the University of California, San Diego, said what this study established was how smoking patterns evolve over time.

The paper, published online June 6 in JAMA Network Open, analyzed data compiled between September 2013 and November 2019 on the smoking habits of young people. Participants were between the ages of 12 and 14 when the study began and their tobacco usage was tracked over the following years.

Villanti, who co-wrote an editorial that accompanied the study, agreed that the research offers a fresh look at how tobacco habits change over time, including the outsized role menthol products play in driving smoking among young people.

But Leas warned that while the study does appear to support the FDA's proposed menthol ban, it is not unequivocal proof that such a ban would be 100% effective.

"These results don't necessarily give an indication of how effective that ban would be, because the flavor preferences could change," he said. "But it is an indication that youth who are using menthol are smoking more often and appear to be more dependent or addicted."

In fact, the entire body of tobacco research finds that "menthol cigarettes are harmful to public health," Villanti noted. "There have been a number of modeling studies that have been done… showing that hundreds of thousands of deaths could be averted by banning menthol cigarettes," she said.

The new study focused solely on cigarette smoking and did not examine data on e-cigarette use. According to the 2021 FDA Annual National Youth Tobacco Survey, e-cigarettes are the most commonly used tobacco product among teenagers.

Leas acknowledged that vaping has surpassed cigarette smoking in popularity among young Americans, but he added that doesn't mean the former is no longer a problem.

"This sample is composed of youth who are smoking cigarettes and there are enough to do a study on that," he said. "While [vaping] is the main driver of tobacco use, cigarettes are still being used by a sizable portion of the youth."

Visit the U.S. Centers for Disease Control and Prevention for more on menthol cigarettes.