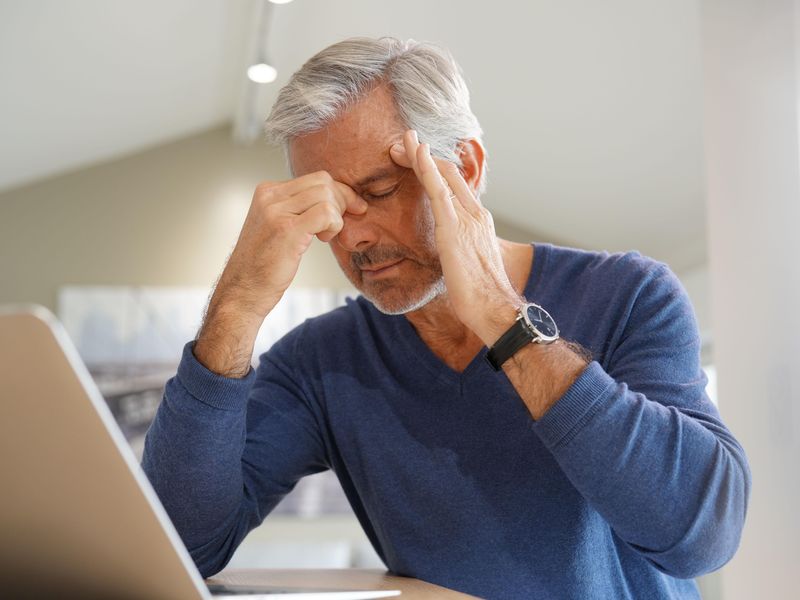 Occupational therapy or low-impact exercise might be the key to relieving long-haul COVID symptoms like extreme fatigue, breathlessness and brain fog, a pair of new studies from Ireland suggest.

The studies reflect two different - in some ways, opposite - approaches to dealing with symptoms that tend to plague long COVID patients.

One study taught long COVID patients through a four-week occupational therapy program how to better manage their fatigue, with an emphasis on energy planning, stress management and sleep hygiene.

The other attempted to improve long-haul symptoms through a six-week exercise program aimed at gradually increasing patients' stamina.

"The main problem is extreme fatigue that is unrelenting," said Louise Norris, lead researcher of the first study and a senior occupational therapist with St. James' Hospital in Dublin. "People think they need to rest more in this situation, but actually too much rest is just as bad as too little. Introducing a balanced routine to prevent highs and lows in energy consumption is key."

At least one in 10 COVID patients suffer from symptoms that linger months past their initial infection, according to tracking estimates from the Johns Hopkins Bloomberg School of Public Health, in Baltimore.

These folks suffer from post-infection lethargy similar to that of patients with Lyme disease or chronic fatigue syndrome, said David Putrino, director of rehabilitation innovation for the Mount Sinai Health System in New York City.

For the studies, two separate research groups at St. James' Hospital tried to relieve these symptoms by asking patients to take part in weeks-long virtual programs, according to findings presented last week at the European Congress of Clinical Microbiology & Infectious Diseases annual meeting in Lisbon, Portugal. Such research is considered preliminary until published in a peer-reviewed journal.

Norris' pilot program recruited 53 long COVID patients, nearly all of whom reported moderate to severe fatigue that affected their ability to take part in everyday activities. Nearly three of four said they had breathing difficulties, while half had brain fog.

The participants took part in three 1.5-hour group-based sessions delivered online by an occupational therapist over a four-week period.

Emphasis was placed on helping the participants identify their body and brain's limits during day-to-day activities, so that they could conserve their energy and take a break before reaching the point of exhaustion.

"The program will help the person tailor their personal energy demands to prevent this. For example, a common complaint was difficulty doing the groceries for the week without forgetting some essentials. We advised people to try online shopping, as they can go back and add more items to the basket if they remember something," Norris said.

"Some people experience total wipe out and don't have the energy to get dressed, others have COVID brain fog and can't think clearly in work or figure out bus time tables. Some people have a mixture of both physical fatigue and cognitive fatigue at different times of the day," Norris continued.

Preliminary analysis of results showed that the participants experienced significant improvements in their levels of fatigue, quality of life and concerns over their well-being, Norris reported.

"At the end of the program, people subjectively felt they could control their fatigue levels on their own," Norris said.

The other study involved 60 long COVID patients at St. James' Hospital who were asked to participate in two 50-minute virtual exercise classes a week for a minimum of six weeks. The intensity of the sessions increased gradually over time as patients built up their exercise tolerance.

Preliminary data from the first 40 patients to complete the program found a significant increase in the distance participants could walk in six minutes. They were able to walk 34% further on average by the end of the study, with significant improvement observed in more than nine out of 10 patients, the researchers said.

Patients also experienced improvements in their breathlessness, fatigue and quality of life. For example, they reported that they were better able to perform everyday activities like climbing stairs or carrying groceries.

Fatigue levels improved significantly in more than 70% of patients, while 23% experienced no change in their fatigue. None were more fatigued than before, the researchers noted.

Putrino said it makes a lot of sense to use occupational therapy to help long COVID patients self-manage their energy levels.

"We converse with people with long COVID about concepts like energy windows and energy conservation techniques," Putrino said. "We educate about the idea that exertion doesn't necessarily just mean physical exertion - it can be emotional exertion, it can be cognitive [mental] exertion - and being cognizant of all of those facts as you're planning out your day and your energy expenditure to make sure that you stay within those windows."

However, Putrino sounded a note of skepticism when it comes to using an exercise program to improve stamina in long COVID patients.

Putrino noted that people with Lyme disease or chronic fatigue syndrome tend to crash hard within a couple of days of physical exercise, a phenomenon known as post-exertional malaise or post-exertional symptom exacerbation.

"You can be fine in the moment while you're exerting yourself, and it's not until up to two days later that you experience these symptoms," Putrino said. "These exercise-based rehabilitation approaches encourage aerobic exercise and pushing people past their energy barriers, rather than being respectful of people's activity and exertion limitations - that old fashioned 'no pain, no gain' approach," he explained.

"I fear we're completely ignoring decades of literature that folks with other infection-associated illnesses such as Lyme disease and myalgic encephalomyelitis/chronic fatigue syndrome have published," Putrino continued. "We're just repeating the mistakes of the past."

Both programs did share one innovative approach that could cost-effectively extend long COVID therapy to many patients, said Dr. Siddharth Singh, director of the Post-COVID-19 Cardiology Clinic in the Smidt Heart Institute at Cedars-Sinai, in Los Angeles.

"They were able to reach out to multiple people at the same time in a virtual setting. So this may not be as cost intensive as one-on-one coaching," Singh said.

However, Singh noted that neither study included a control group against whom to compare the people taking the therapy, and that both relied on patients to self-report their symptoms rather than using objective measurements.

"The important thing is going to be replicating this in a larger sample size with a control group, and then also use some more objective measures" of physical activity, fatigue and cognitive ability, Singh said.

The U.S. Centers for Disease Control and Prevention has more about long COVID.