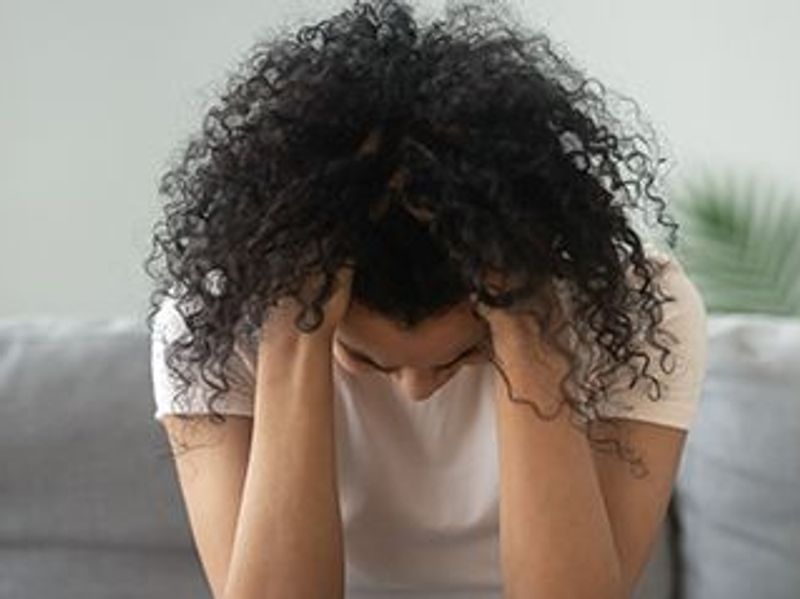 Kids today feel more pressured by their parents' high expectations, and that may be feeding a rise in perfectionism, a new study suggests.

Some people claim the title "perfectionist" with pride, but in psychology the term means something very different.

It does not refer to having high standards or striving to achieve goals, explained lead researcher Thomas Curran.

"It's a neurosis -- a fear of revealing what's irredeemably flawed about us," said Curran, an assistant professor of psychological and behavioral science at the London School of Economics and Political Science.

"If we thought about perfectionism like this," he added, "few would consider it to be positive."

Unfortunately, research shows it's on the rise among college students. In a 2019 study, Curran and his colleagues found that compared with their counterparts in the 1980s, college students today have a greater tendency toward perfectionism. That was true across the three countries studied -- the United States, Canada and the United Kingdom.

In the new study, the researchers found clues as to why: Since the 1980s, college kids have also been reporting more and more pressure from parents -- higher expectations and more criticism. And young people who feel more pressured tend to score high on the perfectionism scale.

That is not, however, pointing the finger at parents, Curran said.

The problem, according to the researchers, is an increasingly competitive society that is affecting parents and kids alike.

"Society's expectations of kids needs recalibrating," Curran said. "Parents are simply agents of pressures coming from powers far from them, and far from their control."

Schools play a part, his team said, with "endless" standardized testing that separates and ranks kids into classes, sets and colleges.

More broadly, there's the squeezing of the middle class, especially in the United States. Since the 1970s, the researchers noted, wages have stagnated while the cost of living has soared. The result is, young people today will have to work harder and earn more than their parents just to have the same standard of living.

Add to that the social pressures people face, which have always existed, but have been amplified by social media.

"It used to be, you compared yourself to other people in your high school class, or your neighborhood," said Yamalis Diaz, a clinical assistant professor of child and adolescent psychiatry at NYU Langone Health in New York City.

With social media, she said, adults and kids alike are comparing themselves to a seemingly endless array of people, including strangers.

Perfectionism is a form of anxiety, and anxiety disorders in general are up among young people, said Diaz, who was not involved in the study.

She said kids these days tend to arrive at college less prepared, but even more "doggedly competitive" than their counterparts from earlier years. At the same time, though, those who are "truly perfectionist" can actually be paralyzed by it, Diaz said.

When you fear being deemed flawed by others, you may shun new experiences and challenges, limiting your growth.

"You put all your effort into the things you're already good at," Diaz said. "It's a lopsided form of learning."

And, she noted, when people bank their self-worth on being good at one thing and getting praise for it, they are bound to suffer when that thing no longer exists.

What should parents do? According to the experts, encouraging your kids to try new things, and expressing pride in their efforts -- not the results -- is the way to go.

"When children do their best and are acknowledged by their parents for their efforts, they are less likely to feel that the love of their parents and their self-esteem hinges on their achieving a perfect performance," said Steven Hendlin, a clinical psychologist based in Newport Beach, Calif.

Hendlin, who was not part of the study, is author of the book "When Good Enough Is Never Enough: Escaping the Perfection Trap."

He said it's common to hear high-achieving college students say their parents only value them when they "measure up" to some performance standard.

"This conditional acceptance," Hendlin said, "teaches kids they are not worthy of love from anyone unless they measure up."

The new findings, published in the journal Psychological Bulletin, are based on dozens of studies conducted between 1989 and 2021, involving more than 20,000 college students from the United States, Canada and the United Kingdom.

On average, Curran's team found, students felt increasingly pressured by parents' expectations over the years, and those expectations were associated with kids' tendency toward perfectionism.

U.S. college students, the study found, tended to report more "self-oriented" perfectionism than Canadian or British students did. That refers to the standard you have for yourself, rather than others. According to Curran, the finding might reflect the more intense academic competition in the United States.

Since the research focused on college students, it's unclear whether the same patterns exist among kids who do not go to college.

It's possible, Curran said, they face less pressure from their parents. Even if that's true, he added, they may still be pushed toward perfectionism by ads, social media and other pressures to look or be a certain way.