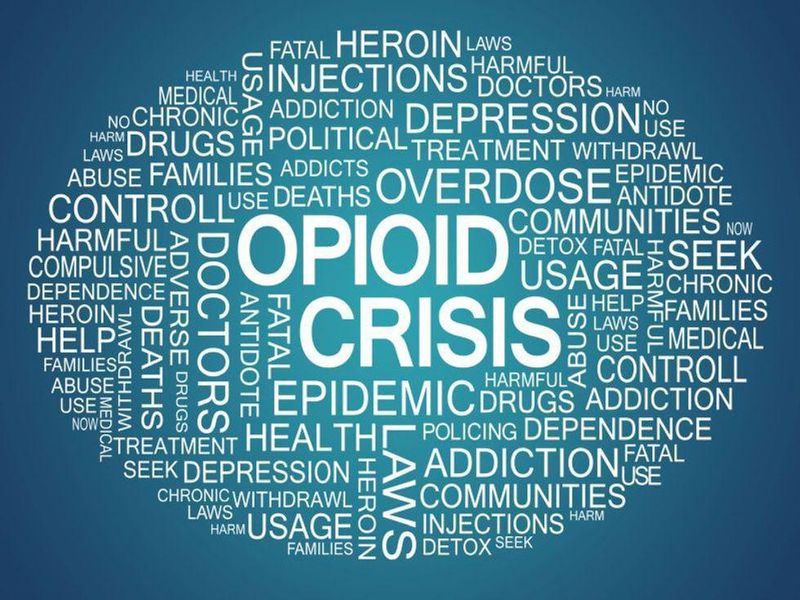 For two decades, the death rate from opioid overdoses was higher among white Americans than Black Americans. But that changed in 2020, signaling an end to the notion that the overdose crisis is a "white problem."

Using data from the U.S. Centers for Disease Control and Prevention, researchers found that overdose deaths jumped nearly 49% among Black people in the United States from 2019 to 2020, compared with a 26% spike among white people.

Overdose deaths are even higher among Native Americans and Alaska Natives, the researchers found.

"This new finding flies in the face of public perception and really makes it clear that as we address the overdose crisis in the United States, we have to think of it as a racial justice issue, along with a social justice issue, because low-income people are disproportionately affected, including white Americans," said senior researcher Dr. Helena Hansen, a professor of psychiatry at UCLA David Geffen School of Medicine.

Government data shows the COVID-19 pandemic has contributed to a record number of drug overdose deaths, with more than 100,000 recorded in the year ending April 2021.

That figure was almost 30% higher than the previous year, when 78,000 overdose deaths were reported, according to the CDC's National Center for Health Statistics.

Hansen said the opioid epidemic began with middle-class white patients who were prescribed highly addictive prescription painkillers, targeted to them by pharmaceutical companies.

But as the epidemic spread and governments cracked down on prescription opioids like OxyContin (oxycodone), the door was opened to inexpensive heroin as a substitute.

At the same time, cheap synthetic substances like fentanyl, which are dramatically more potent than heroin, were being used to cut heroin. The result was an increasing rate of overdose deaths, Hansen said.

In addition, Black Americans are disproportionately jailed for drug use than white Americans, which makes relapse and overdose death even more likely, she explained.

"People who are recently released from jail or prison are released in a situation where their bodies are much more sensitive to opioids than they were before incarceration," Hansen said.

"They are under enormous amounts of stress, because their criminal record makes it hard to get a job," she said. "They're disqualified from a lot of public benefits, including housing. So they're cut off. They're in an incredibly stressful situation and at high risk for relapse."

The pandemic has only made these issues worse, she said.

What will it take?

The opioid epidemic cannot be solved without taking on the cultural and social components driving it, Hansen said.

"This is a moment where we can recognize that structural racism affects us all, and it really has to be addressed and the underlying causes for the kinds of despair that overdoses are one symptom of," Hansen said.

"It's something that we have to address collectively and take on across races with an eye to working for a much more functional economic system, not to mention health care system," she noted.

In their analysis, Hansen and her colleague, UCLA medical student Joseph Friedman, found that year-over-year overdose death rates among Black adults rose to 37 per 100,000 in 2020, a figure 16% higher than the rate for white adults.

The researchers also found the rate of overdose deaths among Native Americans and Alaska Natives in 2020 was more than 41 per 100,000 -- about 31% greater than among white adults.

Although overdose death rates for Hispanics were the lowest among the groups studied, even these rates jumped 40% from 2019 to 2020.

Linda Richter is vice president for prevention research and analysis at the Partnership to End Addiction in New York City. She was not part of the study.

"We know that the COVID-19 pandemic hit Black Americans especially hard, and that the risk of a drug overdose is strongly linked to many of the damaging financial, health and social effects of the pandemic that were disproportionately borne by Black people," Richter said.

Even before the pandemic, Black Americans had less access to the resources and support that prevent and treat addiction, and reverse a drug overdose, she said.

Study co-author Friedman said, "Overdose deaths must be treated as an urgent racial justice issue. Providing people who use drugs with stability in their lives is key to preventing overdose, especially in the communities currently being most affected."

Most Americans support treating addiction and drug use like a health or social problem, not a criminal justice problem, Friedman said.

"Policymakers should continue to reinvest money away from policing and imprisoning people who use drugs and spend it on services and health care that can help keep people safe," he added.

The report was published online March 2 in the journal JAMA Psychiatry.

For more on the opioid epidemic, see the U.S. Department of Health and Human Services.