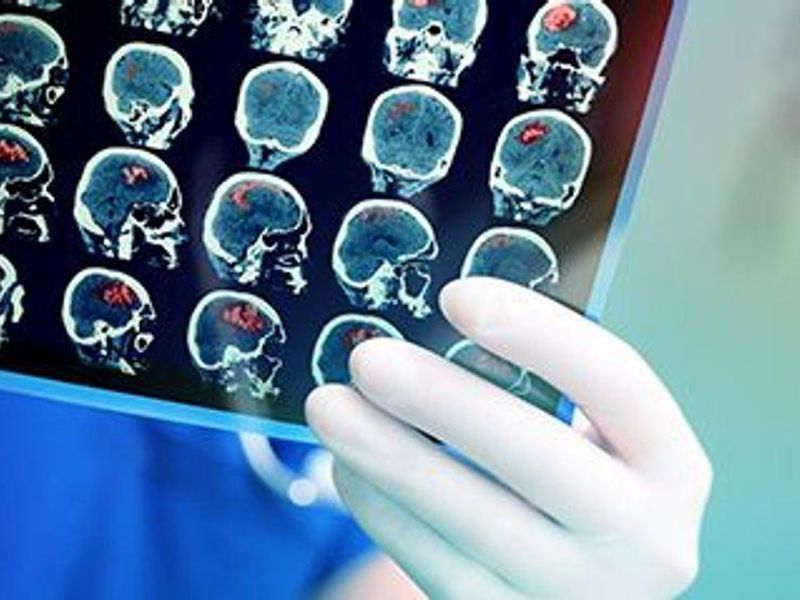 How COVID-19 Can Change the Brain

Scientists have discovered that even a mild case of COVID-19 might inflict damage on your brain.

On average, middle-aged and older adults who'd been sick with COVID showed signs of tissue shrinkage in brain areas related to the sense of smell, the researchers reported. They also tended to have more trouble completing complex mental tasks, when compared to people with no history of COVID-19 - an effect that was most striking among the oldest adults.

Experts said the findings strengthen evidence that even mild COVID-19 may cause detectable deficits in the brain.

That's because the researchers had access to brain scans taken from people both before and after they'd been infected. That helps distinguish brain changes associated with COVID-19 from any abnormalities that may have already been there.

"We still cannot be sure with 100% certainty that there is a causal effect of the infection," said lead researcher Gwenaelle Douaud, a professor at the University of Oxford, in the United Kingdom.

"But," she added, "we can disentangle the effects that we observe from differences that may have pre-existed in the brain of the participants before they became infected with SARS-CoV-2."

There are still key questions, however. What caused the brain changes? And what, precisely, do they mean?

Recent research has estimated that up to 30% of people with COVID-19 develop "long-haul" symptoms that plague them well after they've beaten the infection. The list includes fatigue, headaches, shortness of breath, dulled sense of smell and taste, and problems with memory and concentration that have been dubbed "brain fog."

Experts still do not know what causes "long COVID," or why it can strike after a mild infection. One theory pins the blame on overactivation of the immune system, leading to widespread inflammation in the body.

Dr. Joanna Hellmuth is a neurologist at the University of California, San Francisco, who is studying post-COVID symptoms. She said it's not clear what may have caused the brain changes seen in this study.

But Hellmuth said the fact that tissue shrinkage occurred in smell-related areas points to one possibility: lack of sensory input. Particularly during the pandemic's early waves, COVID-19 commonly caused people to lose their sense of smell.

Hellmuth cautioned against seeing alarm in the findings. She noted that the average brain changes were "small," and do not mean that people with mild COVID-19 face the prospect of brain "degeneration."

The study, published online March 7 in the journal Nature, included 785 British adults aged 51 to 81. All had undergone brain scans before the pandemic, as part of a research project called the UK Biobank. They came back for a second scan during the pandemic.

In that group, 401 contracted COVID-19 at some point between the two brain scans, while 384 did not. Nearly all who fell ill - 96% - had a milder case. The second scan was taken an average of 4.5 months after their illness.

The effect amounted to an extra 0.2% to 2% tissue loss, the investigators found.

Douaud agreed that a lack of sensory input might explain the changes in smell-related brain areas. But, she said, her team did not know whether participants had, in fact, lost their sense of smell. So they could not look for correlations between those symptoms and brain changes.

The researchers were able to look at participants' performance on some standard tests of mental sharpness. And again, the COVID-19 group showed a greater decline, on average.

The divide was most clear among the oldest adults, Douaud said: People in their 70s who'd had COVID worsened by 30%, on average. That compared with 5% among their COVID-free peers.

There was some evidence that performance decline correlated with shrinkage in a brain structure involved in thinking and other mental skills.

It is possible, Douaud said, that the brain changes associated with COVID-19 resolve over time.

"The best way to find out would be to scan these participants again in one or two years' time," she said.

Another question is whether the results apply to people who've had COVID-19 in more recent times. The study participants were infected earlier in the pandemic, before the rise of the Delta, and then Omicron, variants, the researchers noted.

Plus, Hellmuth said, now there are vaccines, and recent studies suggest vaccination curbs the chances of developing long COVID. It's not clear from this study how vaccination might influence brain changes.

The U.S. Centers for Disease Control and Prevention has more on long COVID.