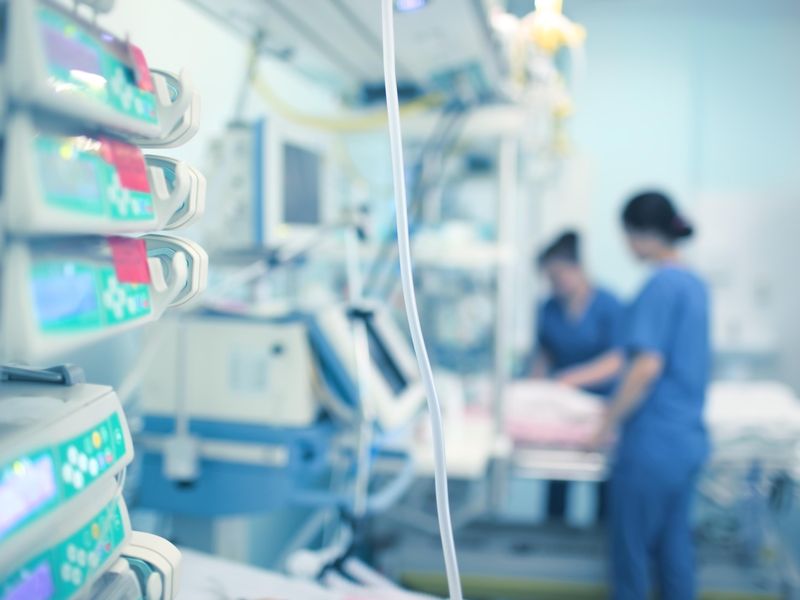 During the pandemic's first year, the risk of dying shot up nearly 26% among American seniors with Alzheimer's disease, a new study reveals.

Minorities faced even higher odds of death, either as a direct result of COVID or because of disruptions in health care, researchers found.

The main culprit: Unintended fallout from abrupt changes to health delivery, according to study leader Dr. Lauren Gilstrap, an assistant professor of health policy at the Dartmouth Institute in Lebanon, N.H.

"There was a decrease in in-patient care and a transition of outpatient care to telehealth platforms. There were also significant alterations to daily operations for nursing facilities, including lockdowns and strict visitation procedures," she noted.

And when it comes to who is most vulnerable to abrupt changes in health care services, Gilstrap said, "older adults with cognitive issues - like Alzheimer's disease and related dementias -- are at, or near, the top of the list."

For the study, her team compared death rates among nearly 27 million Americans in 2019 with the same number of patients in 2020.

At an average age of 74 to 84, some were living at home and some in a nursing home. In both years, nearly 10% had Alzheimer's or another form of dementia.

Researchers knew going into the study that death rates increased across most, if not all, segments of society during the pandemic. Underscoring that, they did find that the risk of death ticked up 14% between 2019 and 2020 among seniors without Alzheimer's.

But the spike in the risk of death among seniors with Alzheimer's was nearly double that of non-Alzheimer's patients, she said.

In the Feb. 28 issue of JAMA Neurology, Gilstrap and her colleagues report two more observations that came to light after digging deeper into the data.

The first: Patients with mental health impairments were even more vulnerable than a first glance at the data might suggest.

That became clear when researchers zeroed in on regions of the United States with the lowest rates of COVID throughout 2020.

Those regions actually had no COVID-related increase in the risk of death among patients without Alzheimer's or other dementia.

By contrast, at-home seniors with Alzheimer's in the lowest COVID-risk areas saw their risk of dying shoot up by an average 8% during the pandemic. Among nursing home residents with dementia, the risk spiked even more, by an average 14%, the study found.

That latter figure speaks to the second observation, which highlights those specific groups - among seniors with Alzheimer's/dementia -- who were most vulnerable during the pandemic: those living in nursing homes and members of racial and ethnic minority groups.

On the latter front, Gilstrap said, the numbers are clear. While the risk of death among all seniors with Alzheimer's/dementia rose by 26% in 2020, it was pegged at 36% among Asian Alzheimer's patients; 37% among Black patients; and more than 40% among Hispanic patients.

Dr. Elan Guterman an assistant professor of neurology at the University of California, San Francisco, wrote an editorial that accompanied the study.

She said the findings again show that COVID has affected how people live everyday life. People are more isolated, she said. It's harder to access medical care and community resources have changed.

"These changes are felt intensely by those who are vulnerable, including people with dementia," Guterman said, adding that the new findings suggest "that these changes are not only making it harder to get things done, they are leading to increased death."

Researcher Gilstrap said the message is that it's important to think differently about people with cognitive limitations to place greater focus on tending to those - such as seniors with dementia - who are least capable of coping with major health care upheavals.

For more about the risks faced by dementia patients during the pandemic, visit AARP.