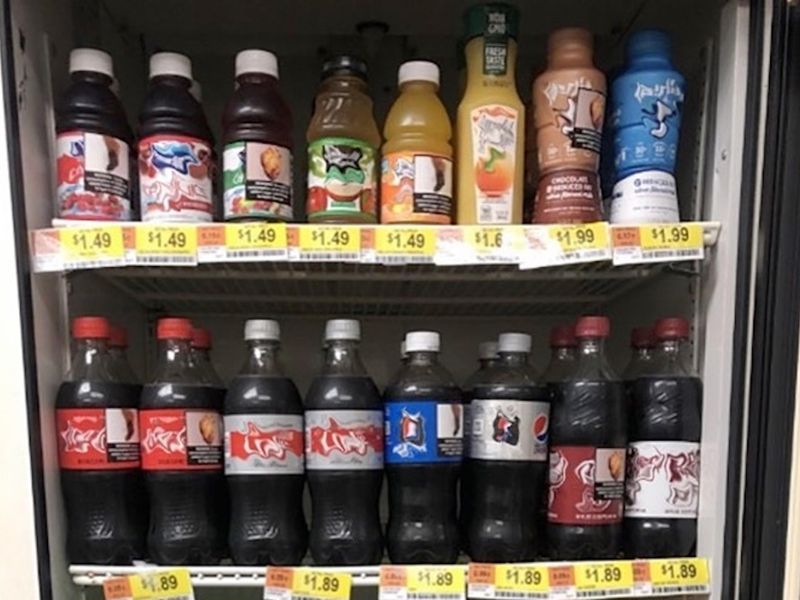 Images of fat-laden, diseased hearts and blackened, rotting feet might be the last thing you expect to see on the label of a can of soda that your child desperately wants, but would such drastic health warnings about the long-term dangers of sugar stop you from buying it?

"Because parents buy most of the calories their children consume, this type of policy could help reduce kids' intake of sugary drinks," said senior study author Lindsey Smith Taillie. She is an assistant professor in the department of nutrition at the University of North Carolina (UNC) at Chapel Hill's Gillings School of Global Public Health.

For the study, the researchers created a "mini-mart" to mimic a convenience store shopping experience. When 325 parents of kids aged 2 to 12 went shopping, some saw drink labels with graphic images representing the damage of heart disease and type 2 diabetes, while others simply saw a barcode. Parents chose one drink, one snack and one household item for their kids.

As it turned out, the scary picture warnings were a big deterrent. While 45% of parents who saw barcodes on labels bought a sugary drink for their child, only 28% of those who saw the picture warning made the purchase, the study showed.

Here's an example of one of the graphic warnings used in the study: 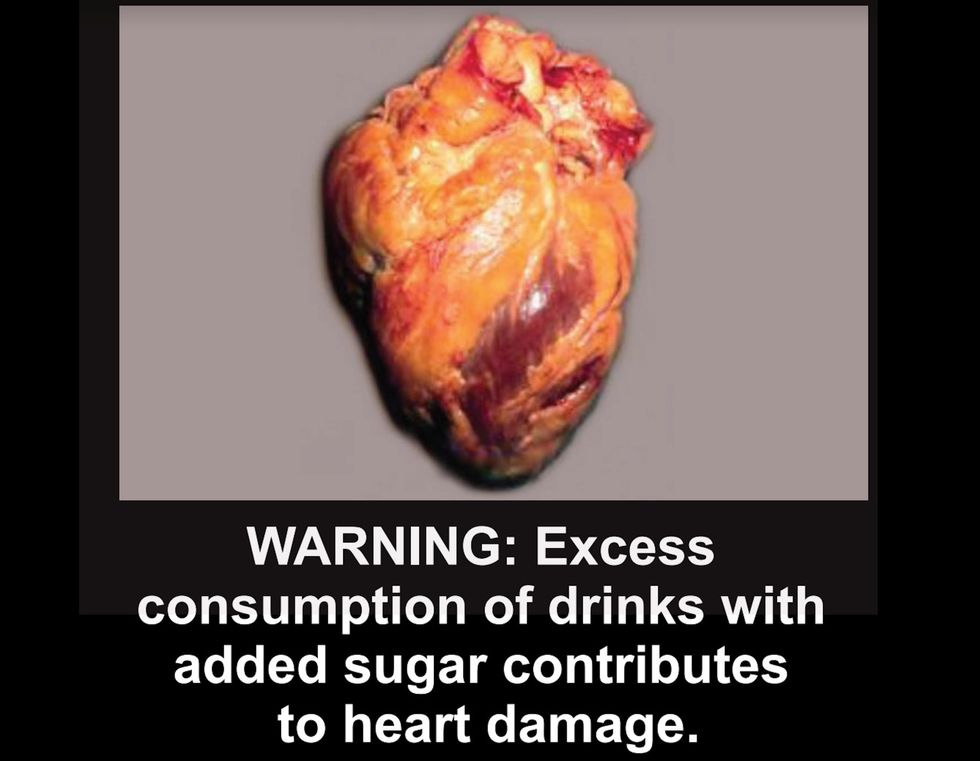 After shopping, participants completed a survey about their choices. "Parents in the warning label arm reported feeling more in control of healthy eating decisions for their kids than parents in the control arm, suggesting that the warnings are empowering consumers to make healthy choices," said lead study author Marissa Hall. Hall is an assistant professor in the department of health behavior at the UNC's Gillings School of Global Public Health.

The power of the picture warnings were similar regardless of race, ethnicity and socioeconomic status, suggesting they could work equally well across diverse populations, Hall said, although "larger studies are needed to see how well warnings work for groups at highest risk of diet-related disease."

Industry will likely push back if these changes are mandated, the study authors noted. The American Beverage Association, a trade group representing the industry, did not return requests for comment from HealthDay.

Other efforts aimed at reducing sugary beverage consumption -- such as soda taxes, banning the sale of sugary drinks in schools, and/or prohibiting the marketing of sugary drinks to children -- have also been found to be effective, the authors pointed out.

"The key is that changes to the environment in school, in stores and what kids see on products themselves can help kids develop healthy habits that can last a lifetime," Hall noted.

The findings were published online Feb. 1 in PLOS Medicine.

Worded warnings may be less controversial than graphic images, according to Marion Nestle, a professor of nutrition, food studies and public health emerita at New York University.

"Scary pictures like these have been found to help encourage cigarette smokers to quit, but evidence for the harm of cigarettes is unambiguous," said Nestle, who was not involved in the new research.

Warning symbols with words, not pictures, are used on foods high in sugar, salt, saturated fat and calories in Chile, Mexico, Brazil and several other countries, she said.

"These have already been proven effective, even among young children and low-literacy adults, and are likely to be less controversial," Nestle noted.

But another nutrition expert saw added value in the images.

"While one single policy may lead to a slight change in the proportion of the population with obesity and other diet-related diseases, a set of good and innovative measures, including pictorial warnings -- combined with marketing restrictions and taxes on unhealthy foods and beverages -- promise to help our children and adolescents grow into a healthier lifestyle than their parents and can even help nudge consumers of all ages to choose not only healthier but more sustainable diets," Duran added.

The American Academy of Pediatrics offers tips on how to reduce added sugar in your kid's diet.